Good write up.
We have a unique opportunity to see parts fail under very good conditions.
We do the maintenance for a machine gun shooting range in Montana. We have had this opportunity for a few years now and combined with the rest of our experience we have seen a LOT…
On AR “type” rifles… we have seen just about everything fail…
Barrels, gas blocks, gas tubes, bolts, extractors, all springs, buffers, bolt carrier, triggers, trigger pins, lowers (oh yes) charge handles, sights, magazines, bolt catch, magazine catch, pins…

Same thing with AKs… or any other weapon out there. But, it did take 155,000 rounds to kill a HK MP5-N
I have a rifle in the shop right now that is dead and it has just over 1000 rounds in it.
Maybe it is because I am a gun smith I see the horrors of failure.

Spikes Tactical was HAPPY their BCG lasted 21,500 rounds (or something like that) and reposted our post on Instagram. Meanwhile we have a fail zero pushing 62,000 rounds on the carrier and the bolts are lasting 35,000 + rounds.
This is in a clean environment with LOTS of oil. Like, to much oil… if they were taken outside, they would fail to run because they are dirt magnets and the cold here would freeze them up.
While I am all for “factory guns” there are weapons out there that stand above. Maybe not in accuracy… or design features… but longevity.
One of our favorite cheap ARs is the Smith and Wesson M&P gen 2… crap furniture, but a good solid foundation. Hell of a lot better than a Ruger.
My go to weapons are usually Glocks and LWRC with a strong liking for IWI
People will ask me why… it is because they have less failed parts over long term abuse than other weapons.
I personally do not run any DPMS parts… we have had failures. From soft pins to broken springs. And their rifles are crap.
Great success with Spikes Tactical parts.
Fail Zero BCG… or LWRC BCG
Spikes Tactical gas tubes… they work.
Spikes Tactical buffer and springs… they work
Radian and LWRC charge handles… they work
KNS anti rotation pins solve a lot of issues…
Spikes or POF buffer tubes… we have not killed one yet.
JP, Fail Zero, LWRC bolts… best we have found so far.
There is more of course, but having a decent rifle, knowing how to fix it and knowing that the $115.00 BCG will work… but the $160 (or what ever the cost) Fail Zero BCG you can count on is money well spent.
I still believe that while a quality rifle is a good investment, having a second rifle or 3… is a better investment. I would take 5 Smith and Wesson M&P Gen 2 ARs over one HK…
While I love my AUG… where would I get parts?
I have run into more people with good weapons with no idea how to clean them, let alone oil them… or that do not own a cleaning kit or even have solvent… than I can shake my finger at.
So I have to agree with what has already been stated, have spare parts, know how to replace them and make sure they are going to work before really needing them.
Having a backup plan… IE a spare rifle and pistol… multiple calibers… all good stuff for long term investments and security.
An after thought…
Aero Precision makes really good uppers, lowers, and rails. Their barrels are good also… their parts kits are… well… Buy a Spikes parts kit or a parts kit from CMMG even LBE makes decent parts. But Aero Precision does make a good base to start from and they are affordable.
We have had to deal with more boxes of “help me” coming out of the big on line warehouses than anything else. So KNOW what you are buying and do not just buy stuff and hope it works. This is where the “home built” rifles have issues… throwing parts at something hoping Frankinstine works.

Aero Precision makes really good uppers, lowers, and rails. Their barrels are good also… their parts kits are… well… Buy a Spikes parts kit or a parts kit from CMMG even LBE makes decent parts. But Aero Precision does make a good base to start from and they are affordable.

What issues have you seen with Aero Precision LPKs? I know their bolt/BCGs were complete shit for awhile, especially their .308 ARs.

Im personally weary of Spikes, I bought a POS BCG from them and instead of working with me on their mistake they blamed me for the issue. For the price you can get BCM stuff which has far better QC.

A lot of the parts in the Spikes kits are now billet. Good quality stuff. They have improved greatly from when they started.
I have no idea where Aero Precision is getting their parts kits, but they are not 100% mil spec. They are fully functional, but they are a bit sloppy.
I commented on the Spikes BCG already… failed at 22K and Fail Zero is still running strong at over 60K

My spikes BCG/bolt didnt even make it 1k and they told me to f**k off , pretty much.
I didnt know that about APs lpk though.

I would still pick BCM over spikes for the same price, their track record speaks volumes. Mega is one I want to checkout next, any experience with their stuff? All ive messed with is a lower.

Yea, I am the same way. BCM hands down over Spike. But now we’re talking personal preference in the details, not the concept.

Maybe now. BCM has better QC but Spikes couldve caught up. I can show you thread after thread of customer complaints of Spikes from a couple years ago. They had sub par qc and poor customer service, I experienced it first hand even. Like I said though, they seem to have came around and upped their game.

There is a 3 gunner around here with over 30k on his ST rifle with only 1 bolt swap. Plus you dont hear very many complaints anymore and Roguegunworks runs them at his rental range so its pretty safe to assume they came around.

Unfortunately QC issues can affect anyone. When I built my MK12 I was having issues with feeding with my BCM bolt. What I discovered was that the ejector was actually protruding just a hair past the bolt face because the the ejector roll pin had failed. I contacted BCM and they immediately offered to replace the bolt free of charge. I ended up just replacing the roll pin and that fixed the issue. Haven’t had a problem since and my MK12 has had zero issue now.

Spike is good but I have friends who have had issues with various components whereas the problem I had with my BCM bolt really seems to be a one off fluke.

Now does that mean I won’t use Spike components? Nope. I’m currently putting together a AR pistol build that is based off of a Spikes lower mated to a BCM upper with BCM BCG bolt. From there it will get a BCM 11.5 CL 1/7 barrel along with their M-LOK fore end. LPK is Geissele of course.

As one can see, I’m a bit biased towards BCM, LOL. That and Geissele components I like to use, LOL.

I like BCM parts but dont own any of their complete uppers or rifles. Sionics and Sons Of Liberty Gunworks are worth looking into also. They are brands that strive to provide great CS and QC at a decent price.

Again, quality parts… we have had quite a few come in lately that have fallen apart because of low quality products.

Ok, name a part on an AR-15 and I have seen crap… hahhahahhaa 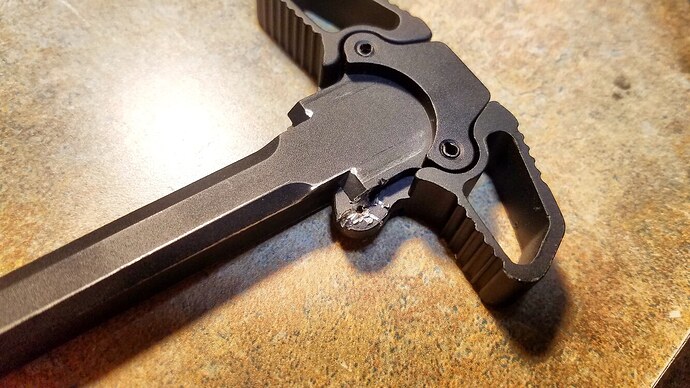 Looks like a Radian Arms charge handle… right? It’s not. Chinese knockoff someone bought on line for cheap… thinking it was a Radian. 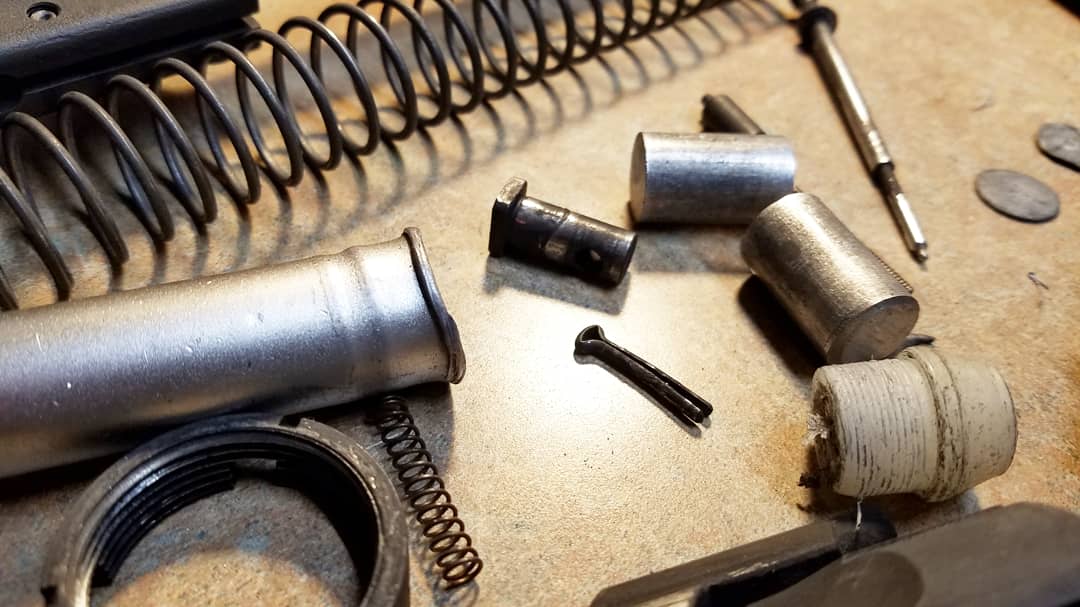 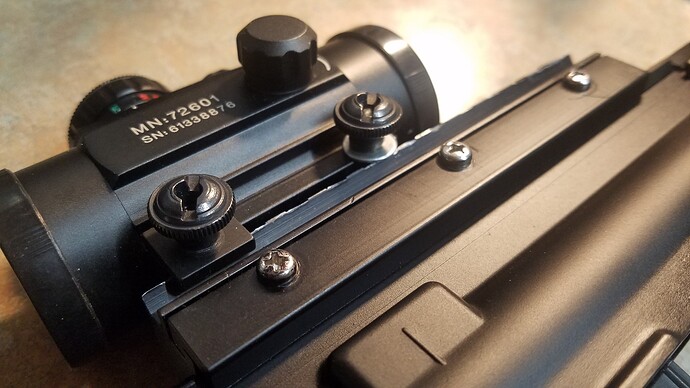 But even then… customer brings in complete lower parts kit purchased from Aero Precision. Something like $19.95 on some super sale…
They were NOT mil spec… pins were soft, and the bolt catch what not mil spec sizing. I ran what I could, but damn… not in my guns!!!

Yeah!!! Hahhaaha while you may be lacerated by one of their rifles (horrible finish control and sharp edges everywhere) they did run! Hahahhahaha I miss Norinco

So Aero Precision has went Bushmaster on us? That sucks. How about PSA? I dont mess with budget stuff too much anymore.

PSA is the number one pile of crap parts we have to deal with at the shop. Filled with what I would consider Chinese knockoffs.
Spend the money, get parts from a quality manufacturer. I would trust DPMS parts over PSA… and I do not buy those! Hahhahhaha