Recently I’ve seen a number of articles where someone is claiming how “unfair” it is that their son, grandson, nephew, uncle, baby daddy, etc. was gunned down while attempting to rob, rape, burglarize or victimize another human being.

I think it’s time for a bit of clarification for those individuals choosing to use that term.

It’s unfair when your grandmother dies of Alzheimer’s and 20 years later your uncle gets it too.

It’s unfair when another of your relatives lives a very healthy life and dies of bone cancer.

It’s unfair when one of your friends and two more of his family members are killed in an accident on an icy road when a semi loses control and hits his families car.

It’s unfair when you end up with a genetic condition where your own body’s immune system is killing you fast enough that you probably won’t live to see retirement or your own grandchildren.

It’s unfair when your best friends newborn grandchild is dying from a heart condition that can’t be fixed and they have to sit and watch her go.

And it’s unfair to sit by helplessly watching your country being destroyed by insane, corrupt and morally bankrupt people who want nothing better than to take everything you work for away from you and redistribute it to others they deem as more deserving than you.

All of that is unfair.

Now, if your son, grandson, nephew, uncle, baby daddy, etc. was gunned down while attempting to rob, rape, burglarize or victimize another human being… that is NOT unfair! That is called instant karma; and furthermore it might actually be considered poetic justice.
So, the next time one of you whiny little be-itches wants to call something “unfair” just put the brakes on and call it what it really is, or shut your trap and move on.

Yes. It is unfair that these thugs were raised without their parents instilling or beating a moral compass into their character while it was forming. It is unfair that have to learn that armed robbery invites you to harsh, fast and irreversible life lessons.

Perhaps a breeding license would be a more fair system? Proof that you have passed a parenting course and have basic instructions in how to raise and nurture a child.

Would it be unfair to geld them if they have more than one kid they don’t support or teach right from wrong.

Animals raise animals. Until they become responsible and stop the BS excuses nothing will change. 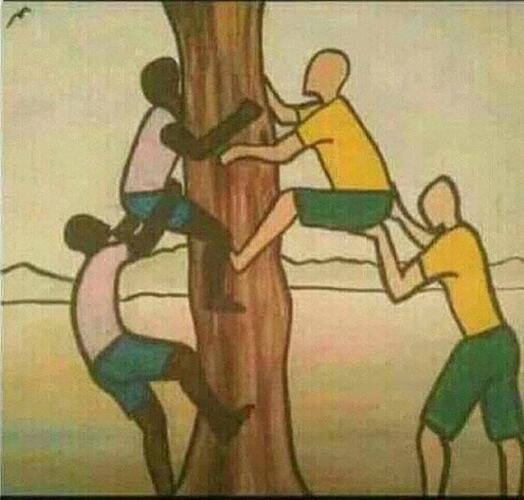 or victimize another human being…

funny how the relatives and supporters of the two people shot in self defense are claiming murder or even some of the stupid tweets from the SJWs - the video evidence contradicts their feelings.