Has anyone seen or experienced problems with Romanian 8mm Mauser ammo?
I have heard a lot of yes and no’s all over the net.
But as usual no real info or ID as to what is or isn’t bad, or why and what to look for.
I have a bunch of rounds of SADU 13 head-stamped ammo with steel case and lacquered and green stripe seal.

Any REAL info from anyone?

I have no real info for you Brother, but a close friend of mine tried some at the range. He experienced difficulties ejection after firing in a bolt action Mauser rifle.

I’m not saying it will be a problem for you. It just so happens that the particular rifle he was using did not function well with that ammo. 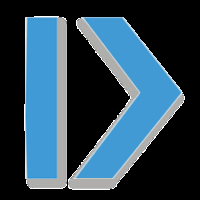 Thanks folks.
I watched the video earlier but it is a different lot.
Still good stuff.
I will just need to give it a try and see.
I got plenty of Turk stuff to shoot in my bolts and it does good.
I just plink with it so accuracy isn’t that big a deal.
Anymore if I can hit the target at 50 yds I am good. LOL

I think you are asking about the newer non corrosive Rommy 8mm not the older surplus corrosive stuff. I have extensively used the corrosive surplus stuff without issue but I too have heard there are issues with the non corrosive stuff but I do not ahve any first hand information on it.

Well I broke out the VZ-24 and opened a box and tried to chamber them.
FAIL
First 5 out of the box I could not close the bolt on.
So I got the bad batch for sure.
Green Box 8X57 JS Mauser head-stamped SADU 13.
So called New Production from SOG.
Live and learn I guess because SOG is no longer around.
Pulled the picture from the net because my boxes are taped.
Box’s like to fall open.
But this is it. 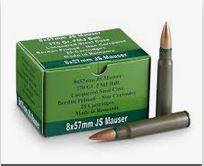 And here is the issue.
Side By Side comparison.
I added the red lines to show the shoulder difference that is the problem. 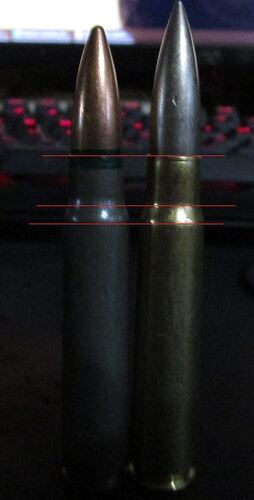 I’m sorry to hear that Brother. I hope you can find a use for that ammo.

I plan to pull the bullets, resize and reload in the future sometime.
Just wanted you folks to be fore-warned and know what to look for now that I know.
I see a bunch for sale out there still.
Still got a bunch of the Turk stuff I can plink with.

I plan to pull the bullets, resize and reload in the future sometime.

Now that is how you make lemonade when life hands you lemons!