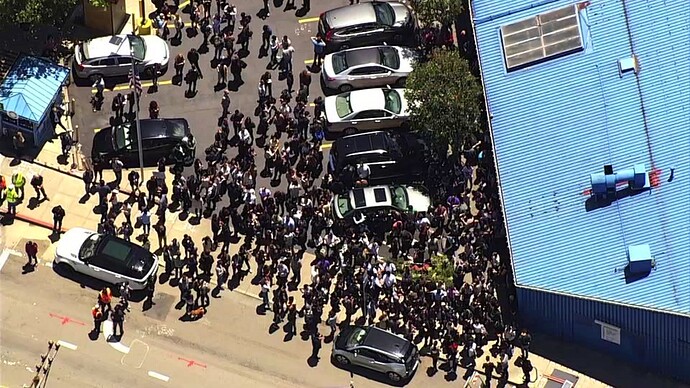 There was a frightening gun scare in San Francisco's Potrero Hill neighborhood after workers were told there may be someone with a gun in their building.

Long story short, someone calls about a guy with a knife or stick.
Someone else calls to say there is an active shooter.

Basically they are scared of a gun being somewhere in the facility. They can’t find anyone with a gun, but I can clearly see lots of guys with guns there.

Oh my goodness!
It must have been a ghost gun!
How scary

I will never understand San Francisco or any Californian for that matter. 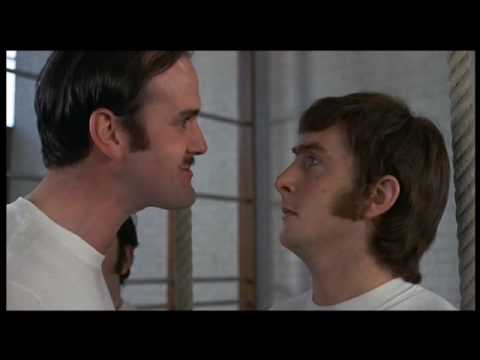 I dream of the day when people call in there is a guy without a gun!!
Of course by that time all the Thugs will be behind bars of buried in shallow graves.

Given that we are all part Jedi and part Sith

you would have to find a way to get rid of:

And then I would say we can get rid of guns. But those traits would have to be first eliminated from our nature as human beings.

A similar thing happened when I lived in the Seattle area. A guy walking down the street with a closed umbrella prompted a police response. I’m amazed that so many people couldn’t recognize an umbrella…in Seattle.

I dont believe the state of California allows you, a straight white male, to use the word “pride”. That word has officially been hijacked by the leftist homosexual deviants. Please make a public apology in triplicate and then a large donation to the Democratic party! Then & only then may you be forgiven for your racist, hate mongering, homophobic slurs…

The cops must have watched this video …

That’s just it Lonewolf , I’m NOT , homophobic , I do not have an irrational FEAR of gay people , and I don’t think that any of you are either . We just need to constantly repeat that to them , I know that I do and boy oh boy does it make them LOOSE THEIR SHIT !!!
BWHAHAHAHAHAHAAA
PHOBIC : an anxiety disorder characterized by extreme and irrational fear of simple things or social situations. Synonyms: phobia , phobic neurosis

If they legalized incest or beastialty I would still advocate against it. It’s wrong and I don’t care what people think

I’m NOT scared , that is the whole point , we should start using phrases like … The LEFT is Hetero-Male-Phobic of our PatriotPHOBIC ConstitutionalPHOBIC Right to bear Gunsphobic .
You know , make up stupid stuff like they do and not once give up on it.

YOU DON’T ACCEPT ME BECAUSE YOUR HETEROPHOBIC YOU COMMIE RAT !!!

Oh and it is now legal in some places to marry your sibling , mother , father , pet and even YOURSELF .

The term “homophobic” is not use in meaning of fear (yes I understand the definition of a phobia). It is used in context to anyone who opposes the lgbtqFAG community and I will oppose it all day long. If they want to label me as that then so be it. I hate that movement and everything it stands for!

Pretty sure this is the one topic that throws me overboard. I should just avoid it

and it is now legal in some places to marry your sibling , mother , father , pet and even YOURSELF .

Yourself? Oh geeeez, people will be having threesomes claiming "me,myself &I…

Your a good egg JOE , I don’t have any complaints about you and I haven’t seen you say anything wrong . I know what you mean all to well, and even though the LEFT has changed what “THAT WORD” is , I still like to use the original definition just to whizz in their cheerios so to speak.
Keep it up Joe , we need more like you in the coming fight.