Are in stock for the moment.
$279 everything but frame.

I’ve built with this and a brother built one, only thing I replaced was the sear spring. Recoil spring was on the weak side, used a bumper. 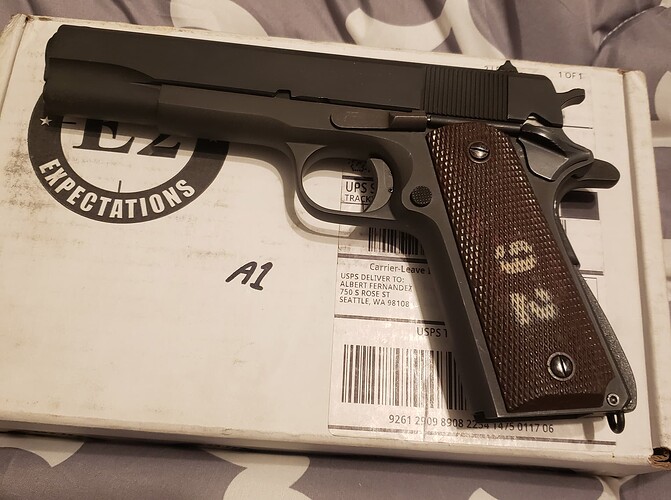 A buddy just informed me of this in the last hour. Each of us are going to build a GI style, just waiting for carbon frames to come in stock somewhere.

These are good, already parkerized, this is what we used before I started parkerizing my own.

Oh wow, I didn’t know about this company at all. Thanks!

Could call them. It shows $133 on the site, marked down from 140. I just grabbed one and a sarco build kit even though I have about 73 projects before I’ll ever get to this one. It’s a good A1 frame. 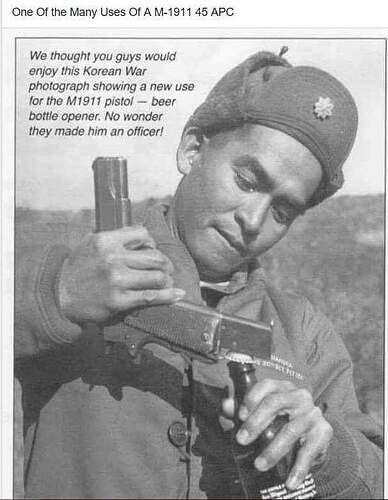 I’m thinking these are RIA frames. I messaged them about discounts and the reply was from Armscor for LE discounts. I checked the physical addresses of Advanced Tactical and Armscor and they are both in an Armscor campus in NV.

Their LEO prices look pretty good. If you qualify and that’s something you’re interested in, just shoot a message to Armscor or you can PM me your email address and I’ll forward the info to you.

Better to rotate the barrel lug to a 45 and use it, not a loaded mag

Can’t picture it, need an image!

Guess you have to be Vietnam issue

the sarco kit showed up Sunday, the advanced tactical frame showed today. Frame looks great, haven’t opened the sarco box yet, but have to and at least see if I get a cool rack # on the grips. Going on the shelf for the future or maybe get someone else into the hobby. It’ll be a while before I have time…

No rack numbers, damn. Have to counterfeit them on.
Sarco bag o gun 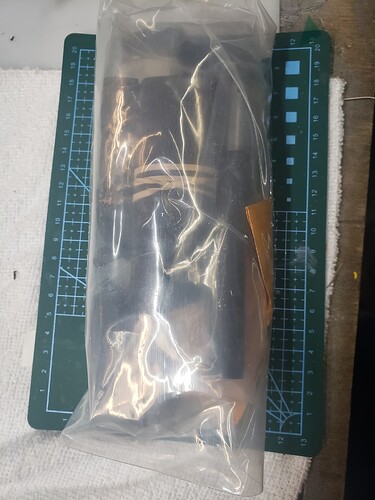 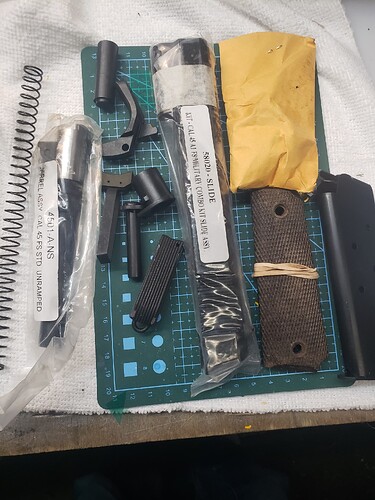 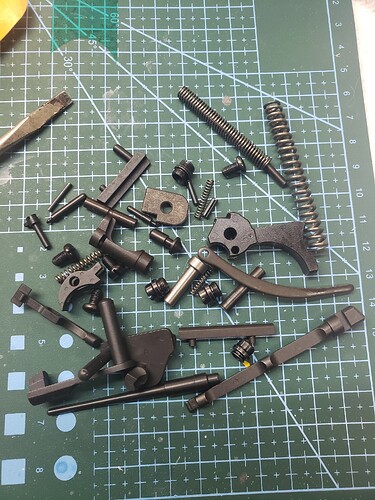 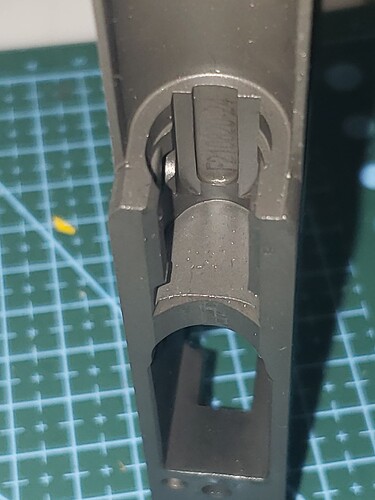 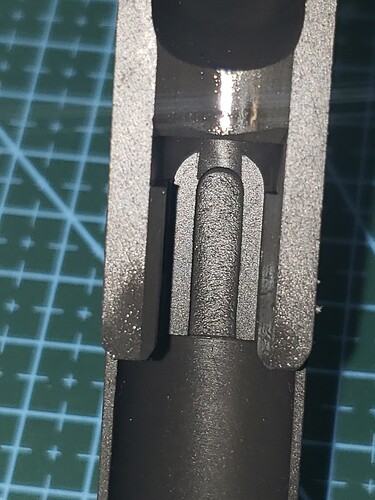 Some other frame examples 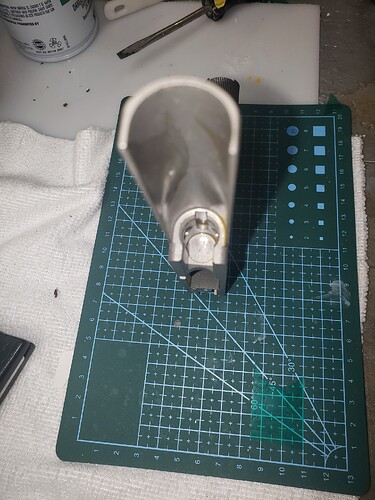 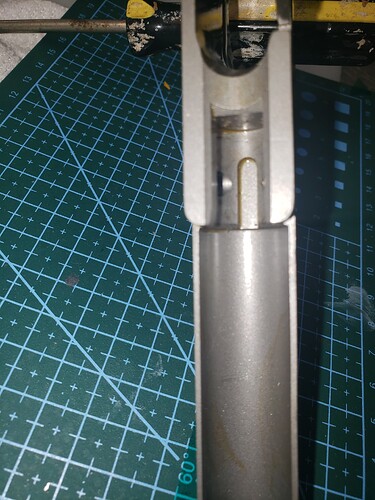 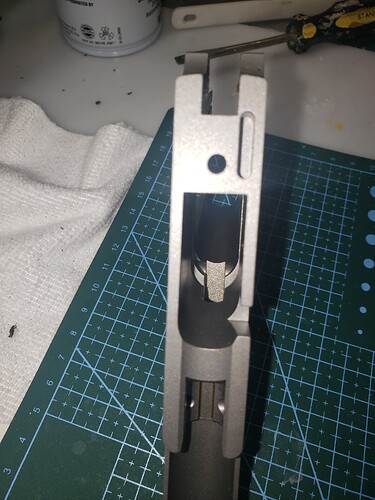 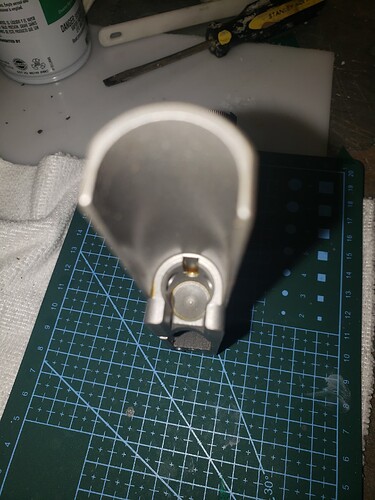 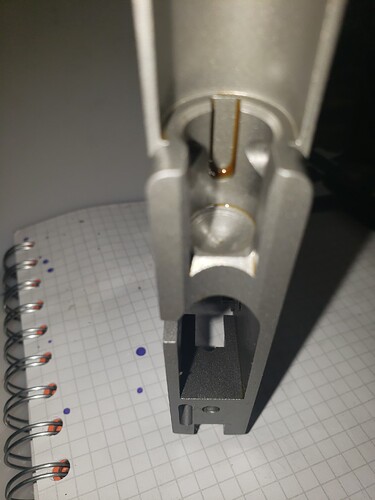 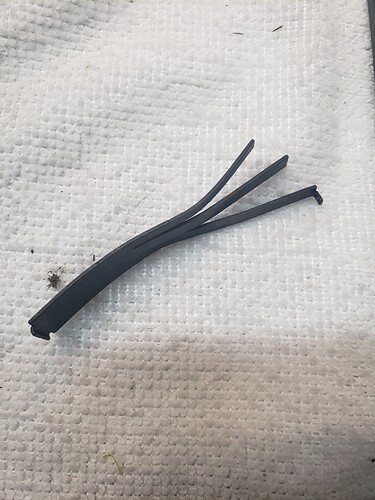 Some other frame photos 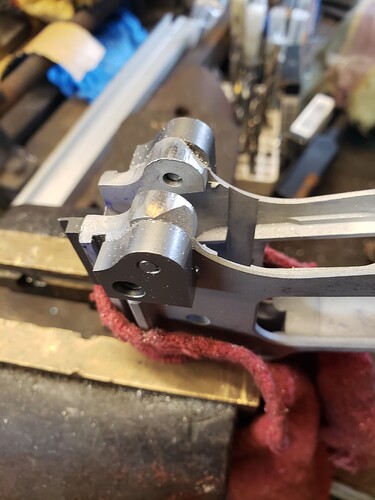 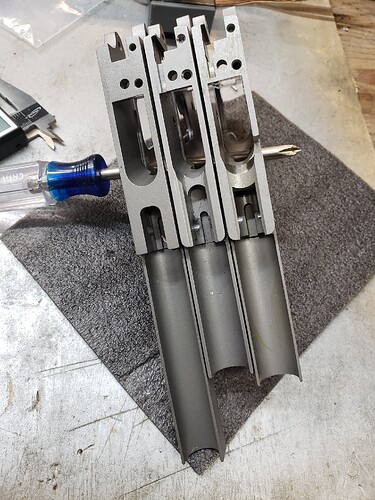 The envy has set in

If I may, I will jump in here and recommend to not toss the leaf spring.

Never know when you may need a leaf spring for a sight, etc. Keep it for material.

Oh and by the way, we are not building here…

Toss it in the spare parts bin, good idea about the sight leafspring. 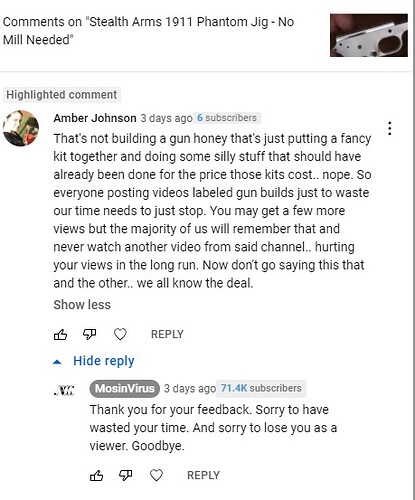 LOL, I love, piss off and gtfo!

As I said before, those guys on 1911 Forum are brutal. One of them zoomed in on my photos and pointed out what looks like a crack! 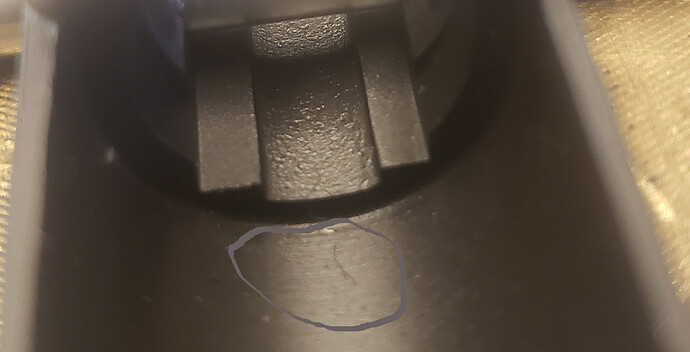 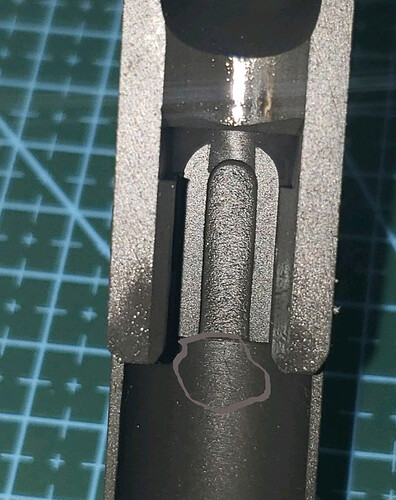 Must have been a dog hair or something.
after a little brake kleen: 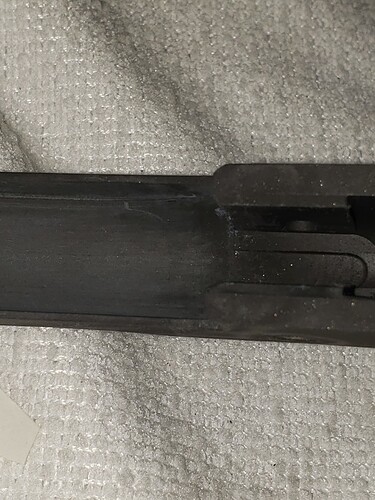 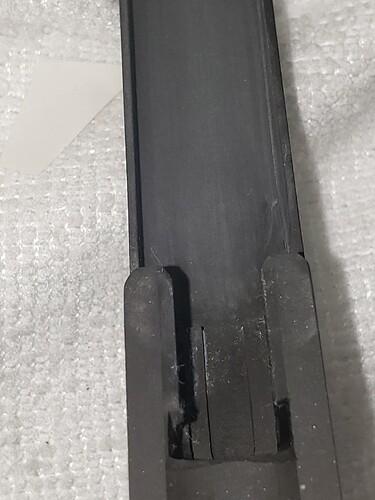