This Savage Arms 93R17 is one of the most accurate rifles I own, so, why not make a short video on it, right? What are your thoughts on the 17 HMR cartridge? 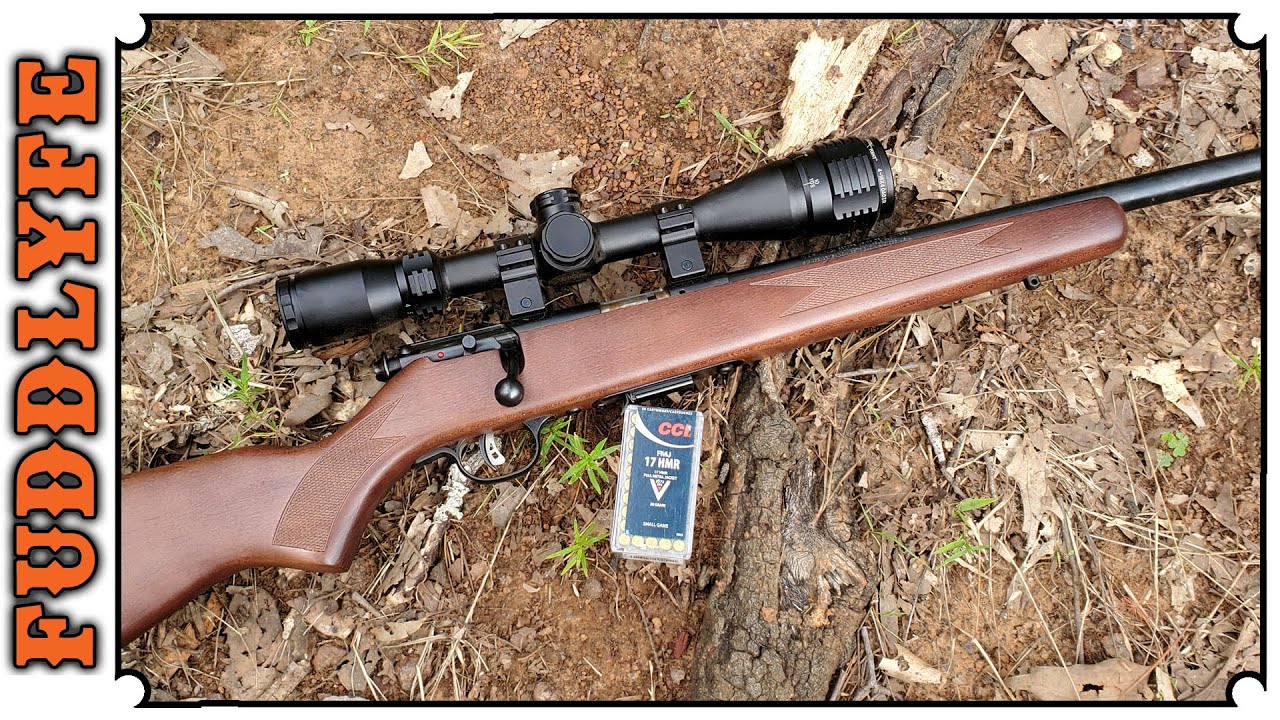 Awesome round I just wish it was a centerfire cartridge.

why? for reloading? i don’t think it would be nearly as good of a round in centerfire, the case volume issue would be awkward to deal with on getting the right pressures

you’re right. I reload everything I shoot but .22lr and .22mag. the 17 is a fantastic cartridge and I’m a cheapskate.

I have a Savage in 17HMR as well except mine is polymer. Just like yours, it shoots great out to 75yds with a cheap scope on it. I don’t get it out nearly enough. What do you think of the 17WSM round? I have considered getting the Savage in that round but wasn’t sure of the support behind it.

i have consistently shot this 17 HMR, usually sniping turtles out to about 125 and it is just dead on every time. as far as the WSM, yeah i like it from what I have played with it but don’t own one. if i found a good deal i would definitely pick one up but it is fairly niche and not worth dropping full retail price for me.

Thanks for the video, nicely done. That Savage rocks! A guy I used to know had that very rifle with a stainless barrel and laminated stock. It was a tack driver out to about 200 yards. Recoil was nonexistent. I found the 17 HMR to be very flat shooting making it very easy to hit just about anything with little to no elevation adjustment. The only negative I can note is it got windy towards the end of our shoot as a storm front rolled in. When the wind kicked up it would push the bullet around a lot. So it’s a fair weather cartridge.

Granted I have limited time on just that gun with the cartridge, but I was convinced I needed one. Problem was that was during the dark days of limited availability and excessively high prices. I never bought one and by the time they came back around I didn’t want to jump into yet another caliber. Sometimes I regret that decision, but then I look at my 22LR stockpile and think, “How am I gonna ever shoot all that?”

on the topic of wind… yep, throws a kink QUICK! on 22 stockpile, if it ever dries up again, yeah, you will realize how quick you run through it… or i know i will. thing is, unless it is for T&E, i only shoot about 3-4 different kinds of 22, so i buy up when i see them around that way i can continue to consistently shoot the type i like to shoot.

Absolutely love the 17 HMR. Been shooting it and hunting with it for a number of years now. I have shot everything from ground squirrels up to coyotes with it and it is just a fantastic round for accuracy and absolute devastation of all small critters. My best shot so far has been a head shot on a ground squirrel at over 220 yards…that’s a target smaller than a golf ball. Coyotes are good up to about 125 yards, but closer is better to keep the velocity up.
Best round to use for anything is the 17 grain CCI TNT hollow point…it is the most reliably expanding bullet of them all…the ballistic tips are a crap shoot and the 20 grainers are not worth the loss in velocity imo.
The other benefit this round has over .22 is that I can literally count on one hand how many ricochets I’ve had with this cartridge…(and I’ve shot thousands of rounds) if you are in an area closer to civilization this is definitely a good reason to hunt with this cartridge. It literally disintegrates when it contacts just about anything.
There are only two negatives to the 17…one is that it is not cheap enough to be a “plinking” round unless you have big bucks, and two is that if you are shooting small game for the stewpot, you had better headshoot them or you will lose a lot of meat (unless you like pulling chunks of it out of the surrounding brush lol.)
Hard to believe it’s not more popular…but I believe the majority of folks out there are stuck on the idea that this is a replacement for 22lr (which it is not) and therefore should be as cheap as .22lr Which it is not.

Here’s a target with 2 different groups from one of my Savages. I shortened the barrel down to 18.5” and took it out to the range to see if I lost any accuracy.
These were shot at 75 yards with CCI 17 grain TNT HPs: 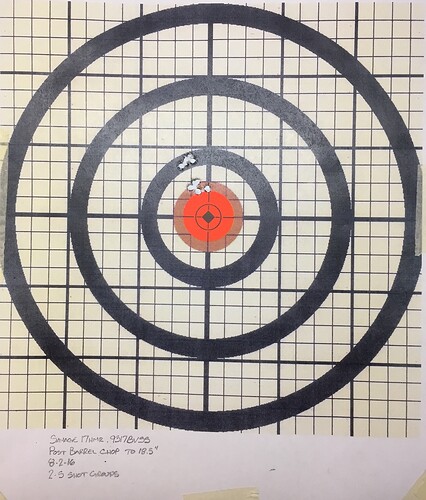 yeah agree, definitely NOT a 22WMR for sure and yes, have taken much larger animals than squirrel with mine as well. i do have a variety of ammo and also agree that the TNT seems to be best, just used the FMJ stuff on this video because it is what i have the most of and sufficient enough for target shooting and demonstration purposes. biggest issue i have with the round is wind, it DOES NOT like wind. LOL