You people be careful with your online shopping. It’s crazy and likely going to get worse.

Fake ammunition scammers are posing as online retail storefronts and aiming to steal your cash and personal information with too-good-to-be-true ammo deals and offers.

I have seen a couple of links to these sites pop up on here. If it is at, or less than, pre-Covid prices, it is not going to be a real ammo dealer.

The other fact is it going to be the parts and or firearms we have all been used to buying becoming part of these scams.

There is a new one that popped up recently claimed to be in Alaska prices are from around 2018 and everything is in stock. Some guy online went to the address they give and there is no store there it’s just an office. On another note, the Amazon scam is cranking up again, I got 2 calls yesterday on my answering machine, I got bored last night and blocked my number and called them back 3 times last night and had the rag head screaming and swearing. I am way to easily amused.

We even have the biggest scamming RICO rat gang running the country…
Into the ground.

I got hte direct tv “we need your account number so we can do the update to your dvr.”
“doesn’t my dvr do that automatically and don’t you have my account number if you’re from direct?”
“F your mother!”
I think i got 3 calls from this indan dude. That, or they all sound the same, my friend!"

Yeah, I got the Amazon scam again a couple of times the other day, ran the numbers one came back to a burner phone in upstate New York when I called and asked why he didn’t have a toll-free number and was using a burner phone he got all flustered when I went after him and called him a scammer and asked if his mother knew what he did for a living he hung up on me. I never raised my voice or swore at him, then I just kept calling him back til he lost it and quit answering his phone. The number was dead the next day, so, one scammer out of business for a day. Like I said I am easily amused.

I never raised my voice or swore at him, then I just kept calling him back til he lost it

I sent the solar pains in the ass to my old Firehouse in the deepest darkest hood.

I 've been getting a ton of text scams about packages.
It started right after i "had to " give my # to seemingly trustworthy sites.

I have gotten those texts before as well nothing recently. Did get what sounded like a robo call about social security fraud and I should call the number they gave.

They are fun to mess with if you get someone that can speak English a little.

I’ve gotten the IRS scam where they threaten to arrest me. The guy on the other line had a foreign accent. In perfect English, I asked if they had someone who spoke Spanish since I didn’t understand English very well and wanted to make sure I followed their instructions so as not to get arrested. They said they didn’t, so I rattled off some curse words in Spanish while pretending to be scared, begging them not to arrest me in perfect English. Each time they tried to give payment instructions I’d rattle off more curse words in Spanish and beg them to get a translator, again in perfect English, so I could supposedly pay, all while still acting scared. This went on for awhile til they eventually got tired of me and hung up. I tried calling back, but the phone number was no good. It was supposedly a New Jersey number even though the guy claimed to be calling from DC.

I tell them I only deal in cash
But they can come and get paid immediately if they want.
Or
Where are you - I’ll deliver the cash in person.

so I rattled off some curse words in Spanish

I can see it 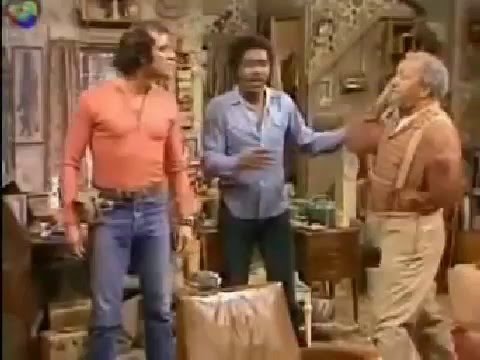 If i have time i love trolling those guys.

Next time, just flip the role and say…but I was calling YOU about your social security #, solar, car warranty etc. and try to sell their same scam back to them…preferably with an Indian accent.

My IRS guy sounded exactly like the direct guy earlier and another IRS SS call.
For those 2 after they spoke i asked “how much do i owe?”. I wanted to drag it out so i thought that would be good.
Both responses were about my mother and her talents.

Then they hung up.

I still don’t know why that question spit my lure out.