Shouldering a pistol with a 16 barrel?

Please read before commenting to the topic.

While browsing all forums and different sites, No one seems to have a clear answer,

What I found out so far is that, I can place a 16 in barrel on a pistol lower exceeding the length of 26 in and then adding a buttstock is still legal,

Converting a pistol into a firearm, However i can still take off the stock first and placing a pistol buffer tube, then adding a shorter barrel is still legal, because it went from “other” back to a pistol.

As Long as i dont place a shorter barrel before on a lower that has a shoulder stock, ultimately creating a short barreled rifle. Makes it illegal because it was never registered as a SBR

is what i found correct? If so then lets get to my real question…

Can I shoulder a pistol with a 16 barrel that exceeds the length of 26 inch? I am still using a pistol stock such as sb tactical, or gear head works tailhook.

I still want to keep it as a pistol lower and shoulder a pistol brace as somewhat a rifle , but have the ability to go from my understanding as “other” back to a pistol without changing the stock.

I will how ever submit my paperwork to make it a sbr but until then i want to legally shoulder my pistol/other.

You are correct. Barrel length does not matter as long as long as regular stock is not used. As long as it has a pistol brace, even with a 24 in barrel, it is still considered a pistol.
By law, if it was built as a pistol first, you may change back and forth.
If you have a 16 in barrel, you can change from stock, to a brace and pistol buffer tube, or just the tube as some do, and back again.
If a weapon has a 16 inch barrel, you can do most anything (think bullpup)…sub 16 barrels is where the problems start.
And the 26 inch rule is…under 26 inches total length, no vertical grip, over a 26 inches, and you can have a vertical grip. I do not like a vertical grip on a pistol, but do like an angled grip, which is legal on a sub 26 inch.

You can change barrels and stock configurations as long as it goes together as you mentioned.

Is shouldering a brace legal? According to the ATF letter, doing so does not change it from a pistol. Now for the cloudy part… some say it only applies to SB Tactical (?), but I believe it’s because SB was the one complaining, and the letter was to them about their product. If others had complained, they too would have gotten the same response.

The problem you will run on to, is LEOs who have no clue what a AR pistol is, and what the laws are concerning them. All they may see is an SBR. Even when showing them copies of the law, ATF decisions, and whatever, they may still arrest you, just because they are ignorant about laws they enforce.

In a nutshell… any barrel length with a brace or pistol buffer tube, only use a buttstock on a 16 inch or longer barrel. you can change back and forth, and yes, you may shoulder it.

If this sounds jumbled and rambling, I wrote, rewrote and then wrote again parts of it, so it may be hard to understand…

Thank you, that was very informative and worth the knowledge.

My little grey area is, Can you Shoulder the Pistol Brace as a Rifle if you have a 16 in barrel or longer. Or because it still a “pistol” you shouldnt shoulder it because its a pistol with a long barrel.

(Let say the atf said because you shoulder it, it redesign the pistol.)

(You probably mention it but i just want clarity to be sure. As you mention think bullpup im assuming because it of legal length i would be able to shoulder it)

As long as it was built as a pistol, and has no stock, it is considered a pistol, regardless of barrel length. If it has a 16 inch or longer barrel, it does not matter what brace/stock you use, tho adding a stock makes it a rifle for as long as stock is attached… It’s only with a sub 16 inch that the SBR term comes into play.
You can take a AR built as a rifle, and add a brace, as long as it has a 16 inch or longer barrel, but you can’t add a sub 16 inch barrel, because it is still a rifle.
If you have a 16 inch barrel with a brace, you can shoulder it all day long, or at least till you get tired…
The same goes for a sub 16 inch barrel with brace. The ATF letter said, shouldering it did not change it from a pistol, as long as it had a brace attached. And tho not written in stone, there is a length of pull that might get you looked at… such as fixing your brace so it is stock length. They kinda think that if your LOP is stock length, that you intended to make a stock using a brace. BUT, if you have a 16 inch barrel, it is of no concern.

My reference to a bullpup is, as long as it has a 16 inch barrel, you can do most anything you want.
That being said, state regulations may not be the same as Federal for over all length. Such as MI I think, if it is under a certain length, even with a 16 inch barrel, it is still a pistol and needs a pistol permit.

If I am sill not clear, I will try to clarify it a bit more…

Yeah that real clear, thanks so much for that infomations. I think im going to go ahead and just make it a rife and wait for my sbr paperwork to come in so i can use a shorter upper.

I will give it a go , right after @Belt-Fed s exorcism. 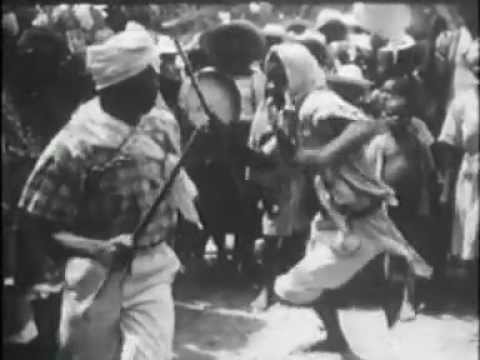 Wait I got it

I can only agree and say me too.

Not mentioned is the need to keep a “pistol” Length of Pull with brace fully extended less than 13.5 inches while it’s a “pistol” with barrel less than 16". This tidbit isn’t mentioned often. If the barrel is longer than 16" (as it’s an “unregulated firearm” with that length of barrel), the Length of Pull can be over that. Length of Pull is measured from center of trigger to the farthest end of the brace fully extended, parallel to the barrel. Some may need a carpenter’s square as the farthest end of the brace isn’t always in a line with the trigger center. A District Court case in which the prosecutor argued it a Short Barrel Rifle because it was over 13.5 inches (just barely) by measuring a line diagonally from the trigger to the most distant corner of the brace got shot down and dismissed when ATF admitted it must be measured parallel to the barrel and demonstrated how it must be done. An old conversation - but max pistol Length of Pull should be mentioned with the other information.

We took a few pistols owned by Asian couples and removed the short barrels and put on 16 inch carbine barrels. With carbine gas tubes.
They still sport the fin, on the rear. They are carbines with fins.

With a 16 inch barrel it’s a Title I Unregulated Firearm - provided it was “born” (originally) a pistol - and can have a shoulder stock on it - so long as the barrel remains 16 inch or longer.

Go back to the short barrel and you have to remove any shoulder stock first - and then put the fin (or a different pistol brace) on it. Some may refer to them as “rifles” in current configuration, but technically they’re not from a standpoint of being able to convert them back into pistols - something you can’t do if it originally starts its life as a “rifle”. When flipping a configuration with 16" barrel back to being a pistol I always pull the shoulder stock off of the buffer tube before changing the upper to a shorter barrel.

FWIW, the OAL of a pistol (in pistol configuration with barrel under 16") is measured now with any adapter or accessory brace/stabilizer on the buffer tube removed. ATF rationale? Braces and stabilizers are accessories, unlike shoulder stocks, and therefore aren’t part of OAL. This is important regarding the 26" minimum OAL for vertical grips to prevent the firearm from being classed a Title II Regulated “Any Other Weapon” (AOW). ATF changed this not long ago. The upshot of this: If it’s got a barrel at or over 16", OAL includes the “stock” fully extended; if it’s got a barrel under 16" OAL is measured with just the bare, naked buffer tube.

This is all Federal stuff. YMMV with state laws.

16in barrel and a fin makes a carbine. It was 27.25 inches as a pistol.
That is from the end of the muzzle to the end of the buffer tube.
So its 6 inches longer now.

Oh yeah we dont give a rats fuzzy behind about the gobermints actions any more, they are not acting in the Americans interest.

Our state is a commie one, they outlawed all ARs. Because the Chairman is hell bent into making us cali.

Come and get them, they are too busy Watergating Trump.