This particular rifle has a bumpy history. This was sig sauer’s attempt at bringing a San Swiss 550 series to the U.S. market.

The SG 550 is an assault rifle manufactured by Swiss Arms AG (formerly a division of Schweizerische Industrie Gesellschaft, now known as SIG Holding AG) in Switzerland. "SG" is an abbreviation for Sturmgewehr ("assault rifle"). The rifle is based on the earlier 5.56×45mm NATO SIG SG 540. In 1978, the Swiss armed forces formulated requirements for a successor to the Stgw 57 battle rifle (known commercially as the SG 510) using the 7.5×55mm Schmidt–Rubin cartridge. Emphasis was placed on modular...

What the Swiss did with the 550 rifle is create a short stroke/ long stroke “piston connection due to the placement of the charging handle” gas piston system with an AK47 style bolt, and bolt carrier, and controls of a AR-15 rifle.
When sig sauer started production on this many of the parts came directly from Switzerland including the butt stock. As time went on sig implemented cheaper ways of manufacturing the rifles and with that less parts from Switzerland. Following that decision quality control issues started to crop up.
Sig sauer offered this rifle in both 5.56 and 7.62x39.

In my opinion the rifle is lightweight and the ergonomics work well. Anyone that has used an AK47 and AR-15 will have a smooth transition into this rifle. 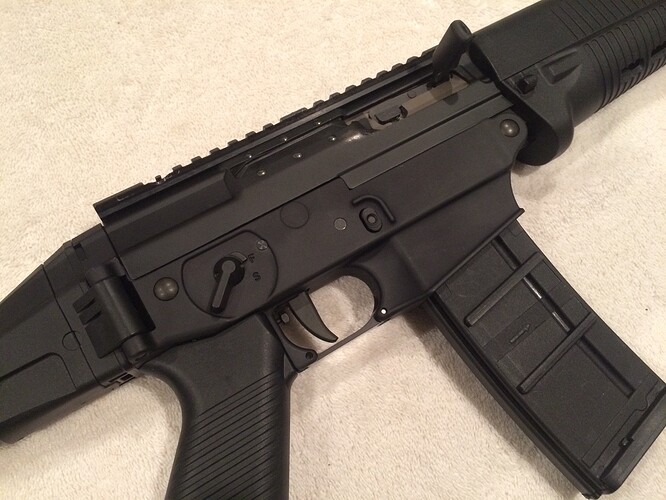 image1154×866 238 KB
The rifle features a heavier but very smooth trigger with a break that will creep up on you. Ambidextrous safety, bolt hold open, right side charging handle with debris gaskets that the charge handle moves during operation. 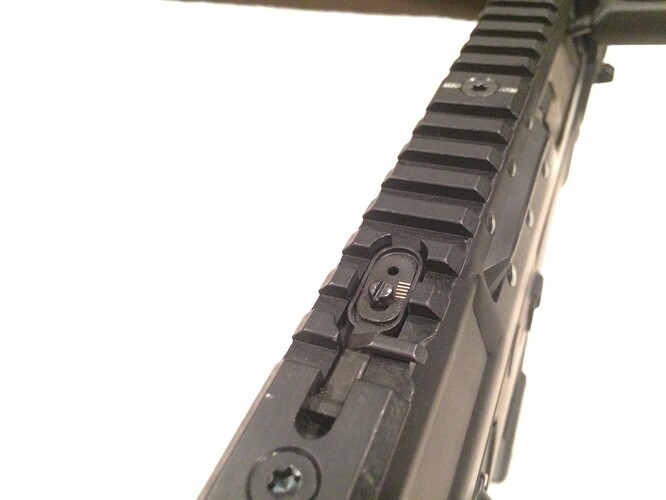 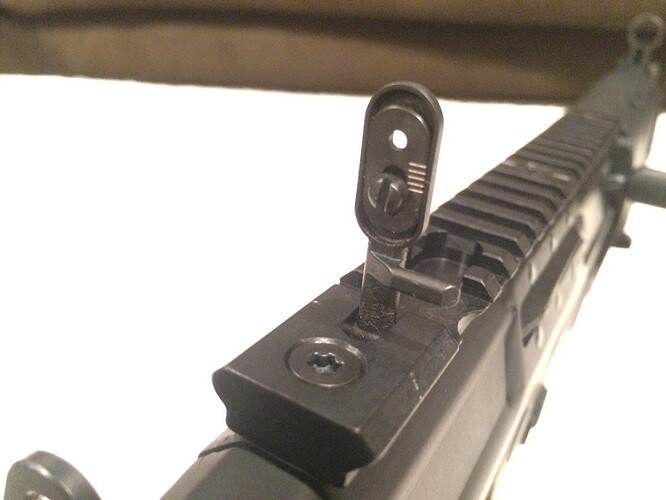 image1154×866 140 KB
No worries if you like iron sights because the sig 556 integrated that into the rail much like the IWI tavor. 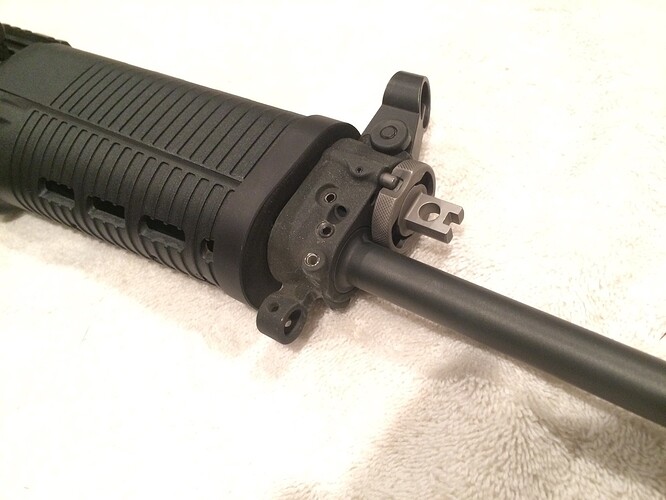 image1154×866 157 KB
You have a two position gas valve on the front for normal, or adverse conditions. The valve can be operated by hand, or cartridge if the rifle is hot. 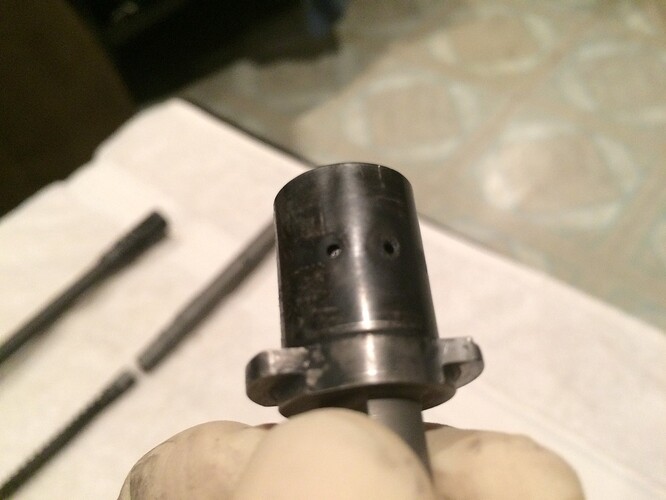 image1154×866 145 KB
The short stroke piston is fluted and has the recoil spring installed around it. The spring is a triple wound spring. 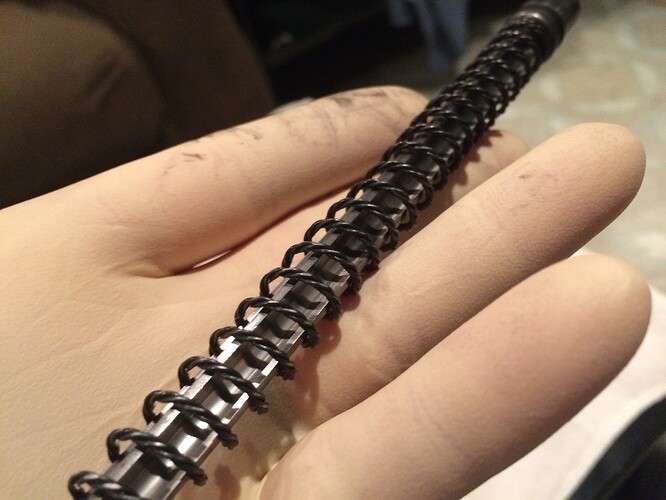 image1154×866 193 KB
The but stock features both telescopic and folds to the right, and locks in place with a retention tab. 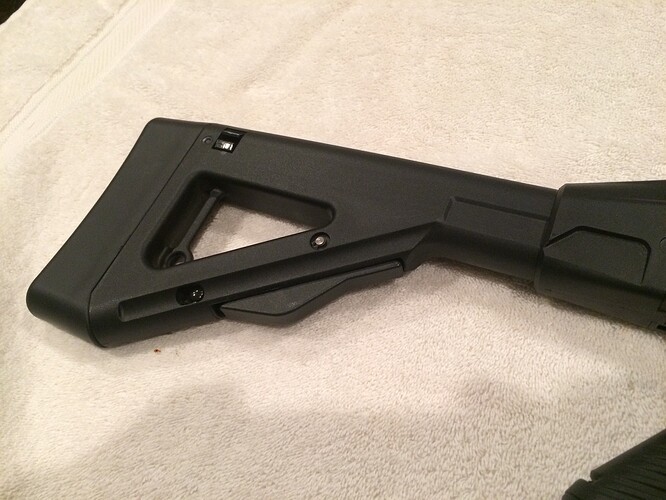 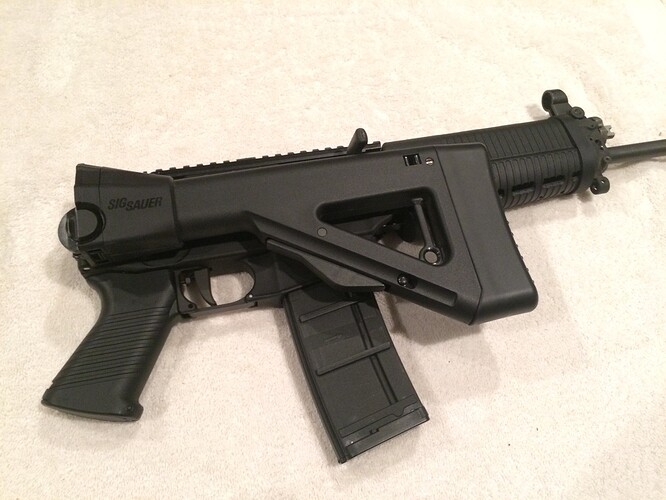 image1154×866 207 KB
The machining on both the bolt and bolt carrier is impeccable in my opinion. 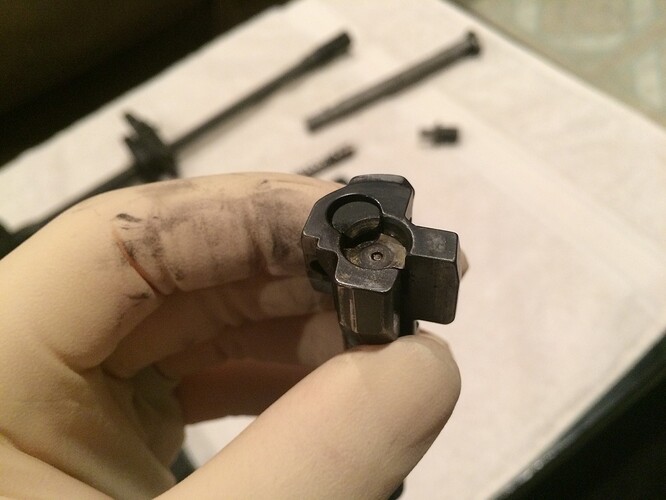 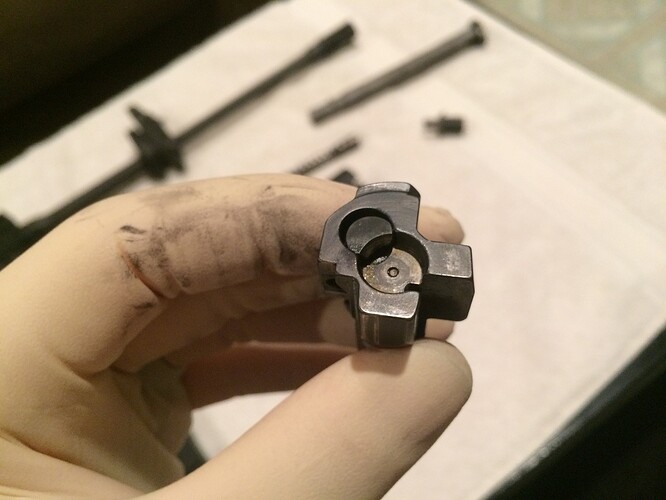 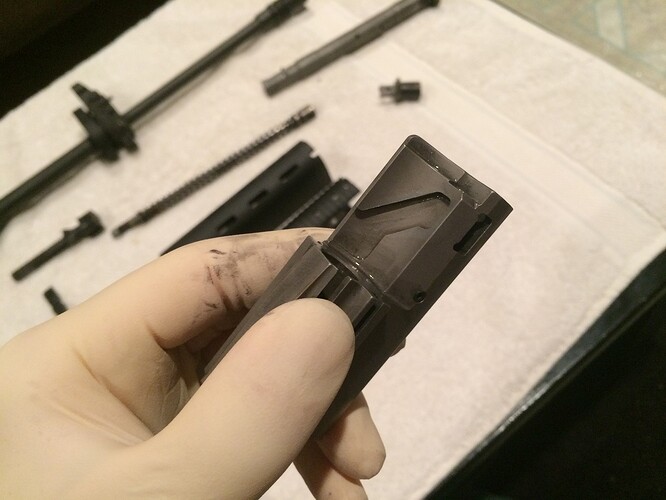 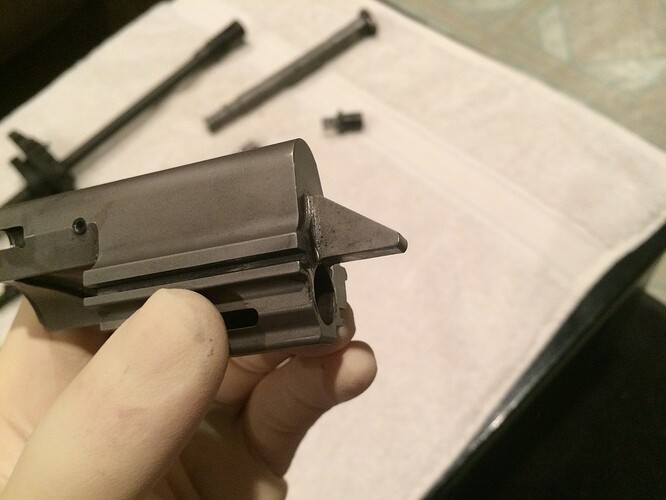 image1154×866 236 KB
All of the trigger components looked to be high quality and a dependable design. 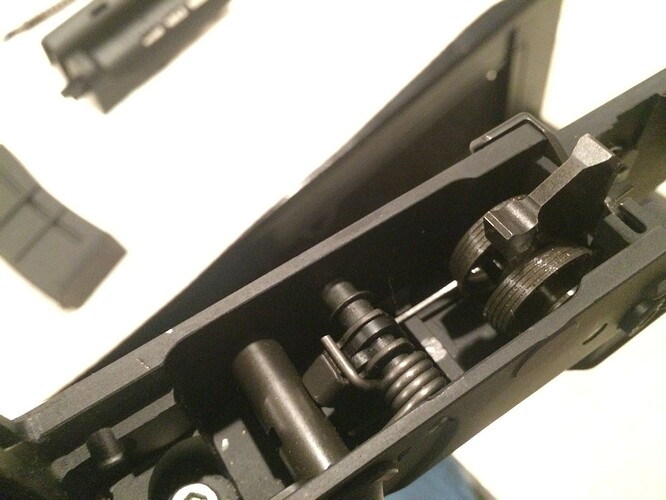 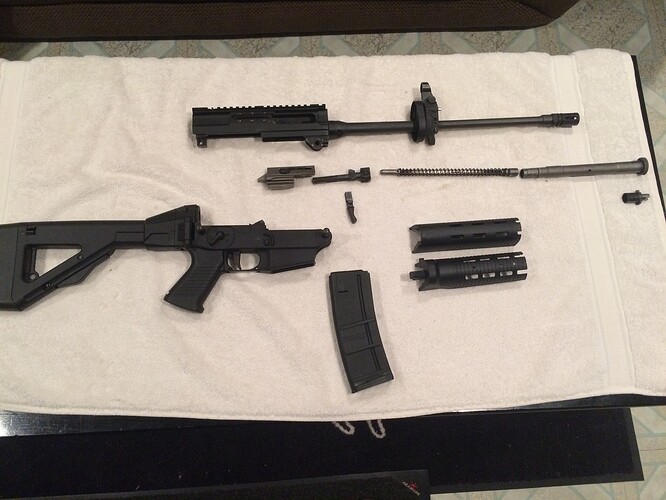 image1154×866 325 KB
The barrel is threaded into the upper receiver. The barrel has a “gunners” tapered profile under the hand guard, and a pencil profile after the gas block. The flash hider on this one is a standard A2.

Range Report
I would be lying if I said I wasn’t a little anxious to see if there was any gremlins to work out, but this rifle ran flat out flawlessly at the range. 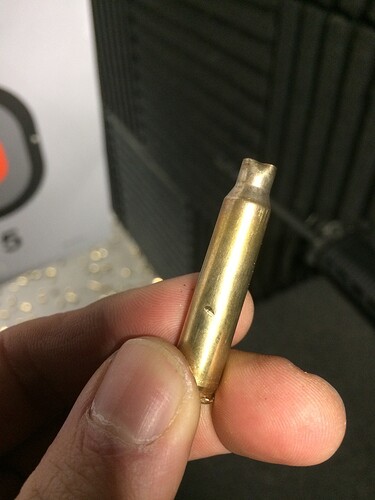 image866×1154 171 KB
The brass ejection was incredible and was almost on par with the roller delay action rifles. The empty cases certainly left their trademark on the upper receiver. I can’t imagine needing to run the adverse gas setting.
Setting the target at 25 yards and running a drill of muzzle down, rifle to shoulder, safety off, fire at three different targets as fast “I’m am well out of practice” as I could with irons, safety on, muzzle at low ready. 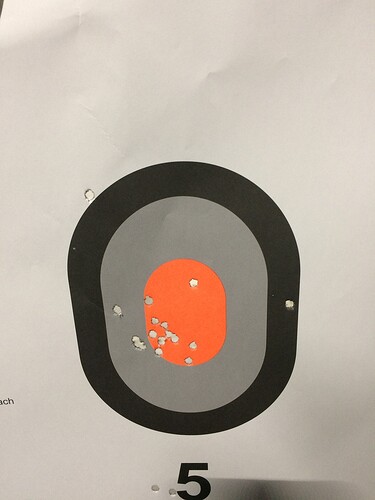 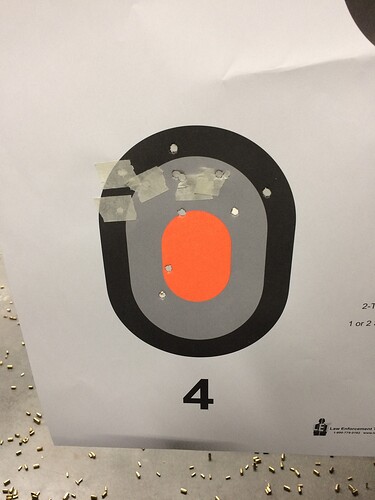 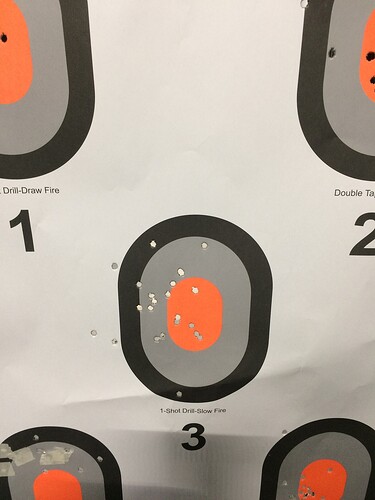 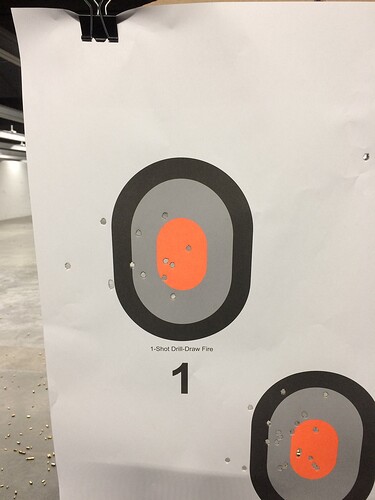 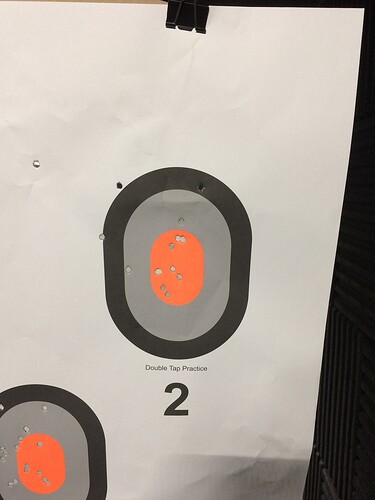 image866×1154 195 KB
The bulls eye is 2”x3” for your reference, and keep in mind this was the first time I have shot this rifle, and 1 of the targets is for sighting in. I honestly think that the rifle is a very combat accurate firearm.
A note of caution. After 3 magazines quickly fired you will start to feel some heat from the hand guard area. Not a concern to me due in part of I usually hold the magazine well during drills, but the heat is something to keep in mind none the less. 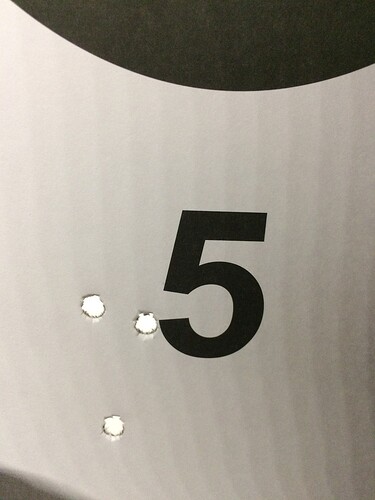 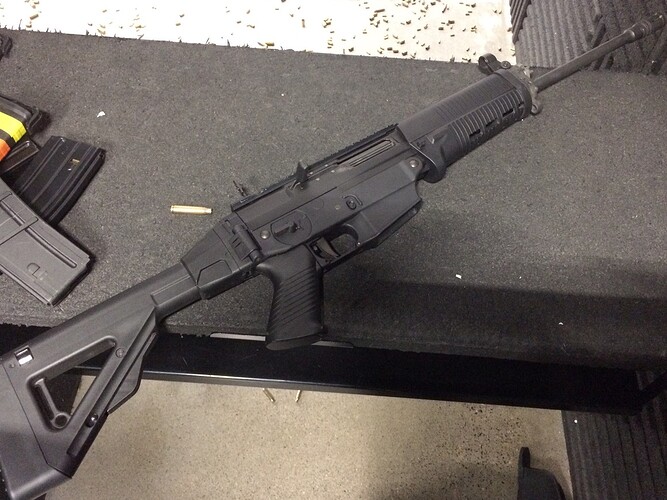 image1154×866 325 KB
All things considered the sig 556 was very fun to shoot. It is light and the maneuverability is something to respect.
The rifle breaks down fast and clean up was a breeze.
Would I buy this rifle again? The answer is yes, and I do look forward to shooting it again
As always be safe, and have fun!
10 Likes
BadgerApaches November 22, 2018, 4:45pm 2

Thank you Brother. I think most of the bad reviews came from the 7.62x39 version. I know Tim of the Military arms channel had some trouble with one.

Sadly, that 556R is the one I own. Brand new… we still have not fired it yet. I am actually nervous to do so… but, maybe we should take it out and play with it. Better to know than not.

The 556 that were in 556… (say that fast) I owned all ran great. But I know the next model sig came out with was plegged with so many issues they killed the production of it.

Seems like a common trend with Sig USA.
Those are sexy rifles though, the 550 series is one of the best looking military rifles, imo.

They did the same with one of my

We have had zero issues with sig 1911s… I took mine out the first day and fired 450 rounds… zero issues.

I too have have had zero issues with my own Sig 1911, and it is extremely accurate. Let me be clear ACCURATE

My oldest son owns one as well, zero issues… 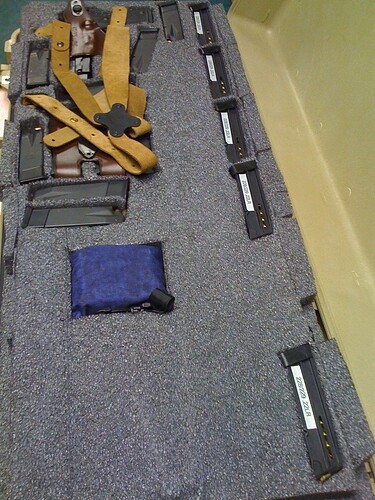 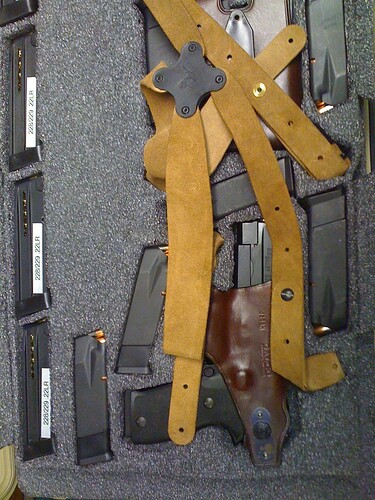 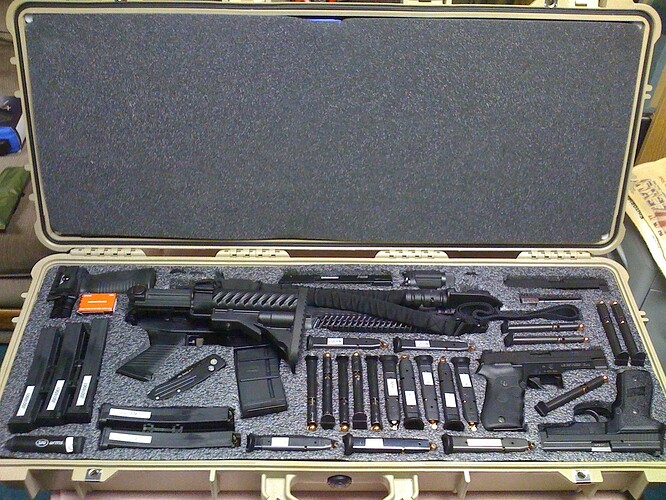 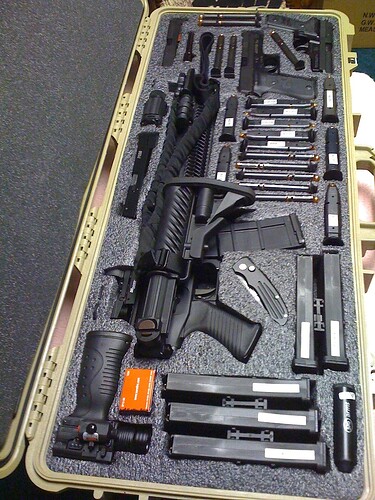 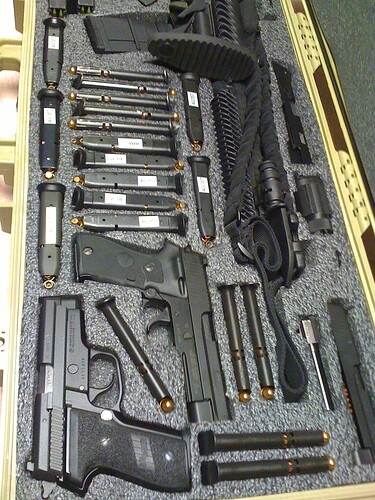 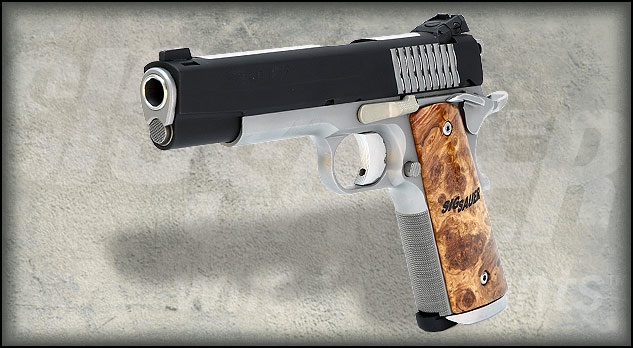 Got Sig ! And all VERY accurate