In the world of sixguns, things go in a circle. What goes around comes around. Pretty much all the complexity and relationship derives from this fact.
The proudest example, the Single Action, requires an axis through the frame upon which that wheel cycles. It requires a hand to mechanically move that cycle, and a bolt to hold it in correct position for the all important firing part.
These parts work in direct relationship with the hammer and trigger.
When all this works, it’s mechanical music. 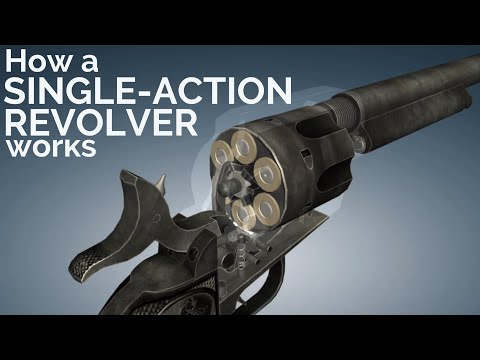 Nice video. I’m sure it took a bit of effort, and some creative juices.
The action shown is the traditional Colt, and while this is the gold standard, there are a few variations on this theme floating around, with perhaps the best known being Ruger.
Ruger adopted the transfer bar system, eliminated the safety notch and the half cock, at the same time changing from three screws to two pins through the frame. Traditionalists loathed this, primarily because the cylinder no longer clicked at the correct point to run the ejector, thus it became known as a changed, rather than an improved action. Ruger did, however enable the sixgun to be safely loaded across all chambers without having to engage the notch.
Some Ruger guns now feature a ball detente that does correctly index the ejector, a decent solution that should be ubiquitous in their guns. Unfortunately, I don’t think the Super Blackhawk line benefited from this change.
Ron Power came up with a workable solution to the lack of indexing, a free spin pawl that lets you back the cylinder up when you overshoot it, as you always do.
Like so many have said, a changed, but not improved action.
Interestingly, EAA uses a German company to make their Single Actions, and whilst they don’t seem to lock up very tight, they have kept the half cock notch and mated it to the transfer bar system.
Sixguns might feature similar profiles, but there’s a lot of variation under the hood. 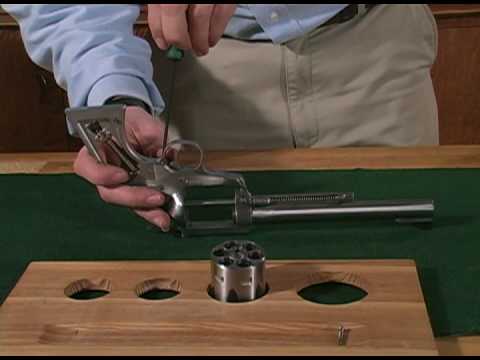 Looked that video up after this purchase which had the most godawful grips on it. My friend had those wood grips which I like. 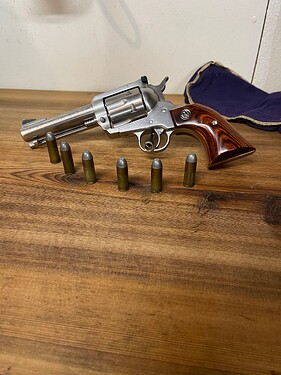 Love those videos.
Just a note, with all those tiny springs and things, the magic is never in the disassembly, it’s always in the putting it back together correctly!

putting it back together correctly

Regarding reassembly, I recall someone quipping, that they figured they had it right when they had it put together with

no parts left over.