The US Military tested many smokeless powders between 1892 and 1896. Wetteren powder had been their “Standard” base of which other powders were compared. By mid 1894, nearly 200,000lbs of Peyton powder had been used or stored for use with the .30 cal. .308 cartridges. Mostly only designated by test numbers, formulas constantly changing, it really is not known what powder designated names were actually used. At one point Leonard N7/16 looks just like Sharpshooter granulars. By 1895 Peyton powders were the powders of choice and some 5,000lbs more ordered. Whistler & Aspinwall specifically named and a designation of W.-A. was used. By 1896 the military was still testing “Samples” from quite a few companies but had contracts (1896-1897) for three; Peyton, Dupont and W.-A. (Leonard) now controlled by Laflin & Land. Ruby was mentioned a few times but seems to have been tested in larger cannon type rifles and mortars.

1897 details more testing for the .30 and both .45 & .38 Colts. Several powders for the two later but Dupont No.1 named caught my attention. This could be the new (green can) No.1 that looks like sharpshooter and not the old No.1 (red powder keg) that is rock looking granulars. However, A few notes in 1899, I see Dupont is described as a cylindrical graphite black with dark green tinge. .053 in length and .041 in diameter. Laflin & Rand W.A. is noted with the dash removed. The .38 was using a few powders, Dupont No. 1, No. 2 as well as Laflin & Rand “Sporting Powder”.

I think it would be safe to conclude that of the three powder companies under contract, the following would be used for the civilian market for the .30 caliber type cartridges.

Most granular samples I have for the civilian market appear to be perforated disc powders which appear to have been popular as “Sharpshooter” smokeless powder from 1897 to 1948…That is 50 Years!!!

Of course, the 30-30 was manufactured by Winchester in 1894 using a smokeless rifle powder of which I have little information as of this update

Looking at some 30-30 “Short Range” factory loads, (obsolete by the 1920’s) maybe from Winchester’s 1896 catalog as, cal. 30-6-100 (.30 caliber - 6 grs. smokeless - 100 gr. bullet). Here is an insert from John Kort; " Based on my ballistic testing using the powder taken from original cartridges,I found that they effectively duplicated the .32-20, an excellent small game cartridge. No doubt, that’s what Winchester had in mind". John also dissected and studied those early cartridges. He found some early powders “to be translucent stick powders”, of origin was not stated. Maybe some early “xxxxite” powders deriving from the “cordite” type powers. To continue, Some short range cartridges John dissected produced the following;

​Ballistite was from the Cordite family…"spaghetti-like rods initially called “cord powder”… and is probably that brownish translucent powder John mentions. 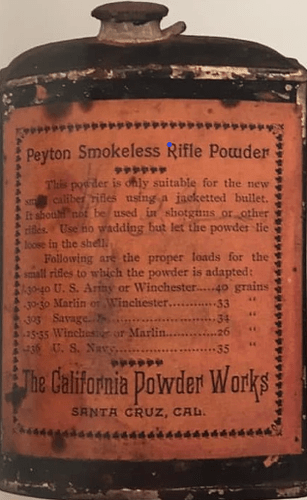 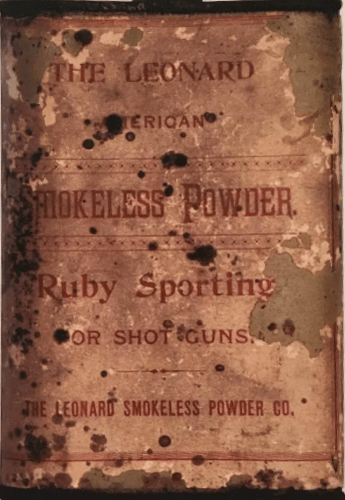 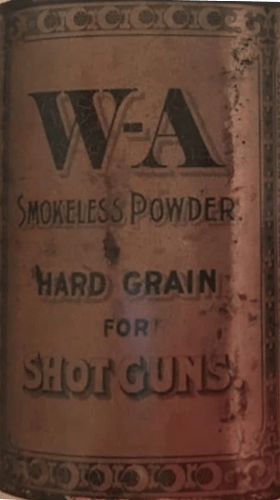 An interest from the above diverts to two of the earliest fast burning pistol powders still used today… Bullseye and Unique.

Since 1899 and 1900, both of these powders still in demand. Much of my research has been wrapped around the powders used in the 44-40 but here are two links regarding these two powders.

I think @ammodotcom should hire themselves a new writer, great job

Thanks but good lord no…lol

I am glad I got what information I did because the link no longer works. Here is what I did take from the reports I could get a hold of.

Chasing the 44-40 - Report Of The Chief Of Ordinance

Note: Copy and past has changed the spelling of some words. Some words are already misspelled. Trying to simplify 961 pages is impossible. Fiscal Year Ended June 1893 Submitted Oct. 1, 1893 Printed late 1893 War Department August 1894 Report Of The...