Wanted to talk to you guys about something that’s bothering me. I know it seems trivial, but it’s really pissing me off. So, I’m gonna dump it here and open it for discussion with you guys.

It’s 2019. And, the majority of the population thinks the internet is composed, solely, of a handful of sites. Namely, Facebook, Twitter, Instagram, YouTube, Google, you know the ones. What this means for a business owner is: If you aren’t marketing on those platforms, nobody is seeing you.

With that understanding, one of the first things I did is create a Facebook page for my company. It’s got around 50 likes. I know I popped up on the Facespace radar because they sent me a warning once for selling an AR-15 on my page (completely within their community standards, by the way, as I am a federally licensed firearms dealer). Then, the likes and friend requests and views and whatnot just stopped coming in.

Initially, I internalized this. “Have I plateaued? Is my page just not good enough? What am I doing wrong?”

So, I decided to test a theory…

I had my friend share my business page to his business page. His company is engaged in the motorcycle community (and will remain unnamed because I don’t want their business attached to my negative and futile attempts the rail against the system). And, the results are astounding. There are 814 people following his page. 814 motorcycle enthusiasts… in and around upstate South Carolina… And not one single person has any interest in a firearms page. None. And, I don’t just mean no one liked the page… I MEAN NO ONE EVEN VIEWED IT.

I find this fascinating as I feel I know the demographic pretty well…because I ride and I live in the area. The chances that not even ONE out of 814 would, at the very least, click on the page, is astronomical.

And, ego completely aside, the only way that makes any sense is that Facebook is shadow banning me. New views and no likes = I just suck. But, no views at all…That’s has got to be more than a coincidence.

I sound like I’m nuts, i know. “Facebook has conspired against me because guns. #infowars #reptilians #AlexJonestoldmetheglobalistswouldrallyagainstme

I just don’t see the math working out. I mean, we’re talking less than 1 in almost 1,000 in a gun friendly state didn’t even take a look? That seems pretty unlikely. I know my hands are tied. It’s their platform to run as they wish. Just strikes me as shady and underhanded, I guess. The company website will be up and running by the beginning of the week and, with any luck, they won’t notice me sharing the link around social media. Just think the way they’re handling the whole thing is childish.

I don’t know. What do you folks think? Am I just being crazy? Have any of you experienced this sort of thing from social media?

Have any of you experienced this sort of thing from social media?

Likely my fault, I shadow banned social media from day 1 and never gave in, so, with the highest possible narcissistic beliefs, they are upset with me and punishing you,

Alex Jones is Bill Hicks. Also, you’re just a bot. In addition, call off your AI friends at the facespace. They’re

ing with my business. Lol

I’ve had my pages and groups deleted on Fakebook several times. I don’t even try that hard anymore. The last big page I have left is losing followers are a rate of a few every day for the past few years. I have three accounts on facistbook, all three are barred from promoting anything, no boosting, no advertising, nothing. All I can do is share in groups, which does work OK, but is risky. I got a 7 day restriction for sharing a post one time in one group. Nothing will change on the giants of the Internet until advertisers pull their ads. Google won’t allow advertising of any product that is even remotely gun related, same goes for yahoo and bing. Twitter blocked me from advertising as well. Screwtube, well, we know what they’re doing. I for one only use them to pull people away to support sites like this one. Sites that support free enterprise. The sale of firearms and acc. isn’t illegal, so why is it banned online. Heck, FB banned one of my pages for selling a tiny plastic gun key chain. They said it was because the site also sold knives. I questioned that with how do you justify Amazon ads? They sell knives. Ya, no answer to that. Heck, I even got a survey from FB with a chance to win a Amazon gift card. I gave my feedback on that. I didn’t win the gift card.

@sonny reload for @DarkCornerGunworks & comfort him

That rifle on the wall of the labourer’s cottage or working class flat is the symbol of democracy. It is our job to see that it stays there.

Honestly, I’m just glad it isn’t just me. Thought I was going nuts.

Doesn’t mean your not going nuts

lets see if we can help…

Near any 5g towers?

more chemtrails near you than normal? 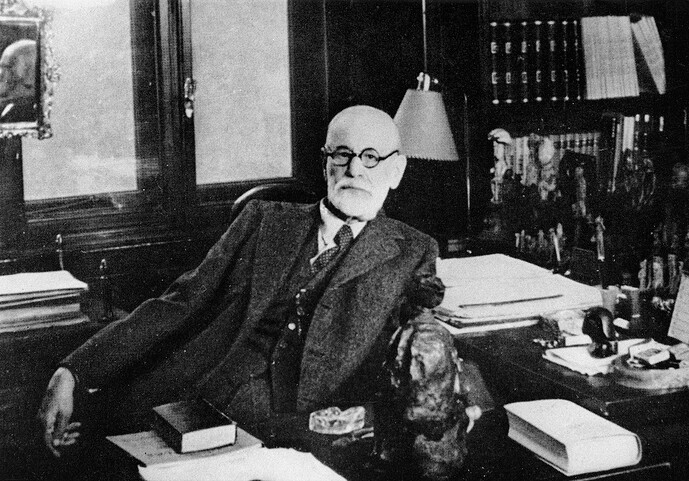 It’s not paranoia if they are really after you.

It’s not paranoia if they are really after you.

“Social” media is becoming a passing act with unbelievable amounts of data that is mined and lost. Fakebook has lost Billions in value as a result of the scheming to collect go-zillions of private and personal information. The loss of innocence came into our computers like a thief in the night, just consider possibilities of what deceitful efforts that can be used against businesses, individuals. Sorry for the digital injury, it can and will happen to us all.

It’s not you and you’re not going nuts. These tech companies use algorithms to discriminate against “inappropriate” content. Unfortunately, THEY decide what’s inappropriate, not us. Freedom of speech on the internet is just an illusion these days. Sure, we still have the freedom to create content, but these tech companies have the power to control who sees it.

You all saw this before. It’s 101% spot on. suckerberg is a dnc nazi propagandist.
The thought police at FB are working hard for the traitorous demoncraps. 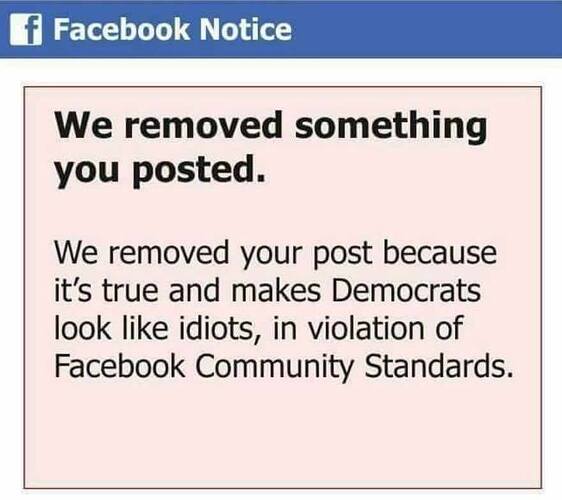 In our crew a sentence to FB jail is a badge of honor.
This got my alias jailed
https://www.dailywire.com/news/42171/watch-laura-loomer-brings-illegal-immigrants-nancy-amanda-prestigiacomo