Well, it’s about to happen people. What times we are living in.

Pence calls for Space Force to be established by 2020

Vice President Pence called Thursday for America to assert its dominance in space as he made a direct appeal to the Pentagon for a sixth military branch serving this purpose -- and revealed the Trump administration wants to create the “Space Force”...

We can’t afford it.
But when did that matter?

The best thing to do would be a manpower surge for the Air Force, then take volunteers from that pool. People would scramble at the opportunity to be part of the first enlistment or first commissions.

We need this, yes. BUT I think we could also spare some change to beef up the power grid, and secure it. It’s far more detrimental to lose that than a few satellites. And they’re out there hacking away, trying to bring it down. 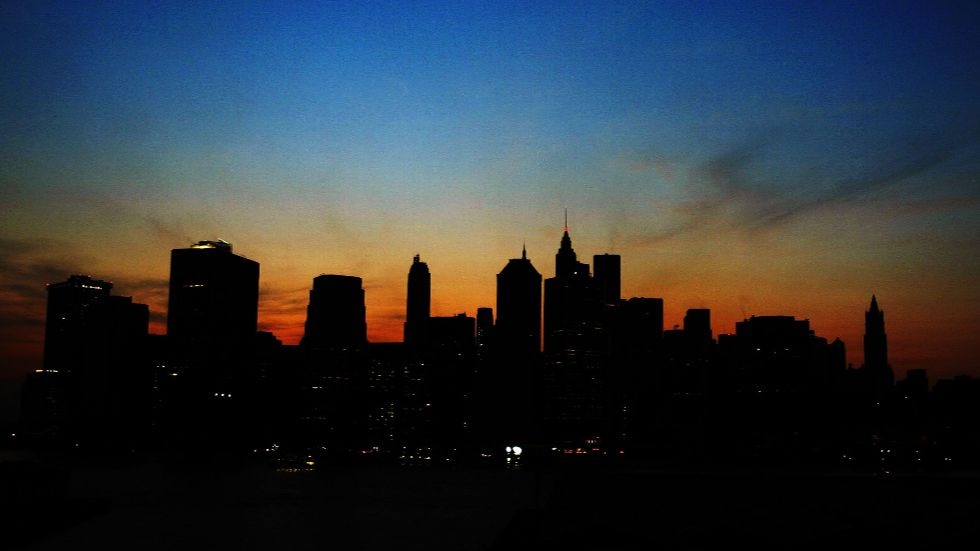 Russian incursions into the operating systems of US electric power plants date back to 2013.

Wish I was young again. I’d try my darndest to join it!

The best technological advancements have always been in military endeavors.

Because that’s where the funds have been.

I think this is great. Perhaps we can step off the Earth eventually - and this will help.

I think it will happen, just not in our lifetime. Maybe generations from now we will be viewed as the unfortunates who had no more land to discover but were born too early for space exploration. We’re the stuck generation.

Couldnt the money for this be used on something more immediately useful, like medical research… or even new pinball machines and pacman arcade games for all state offices and jails.

We already have a world population of 8,000,000,000 people on a planet that can maybe sustain a quarter of that number indefinitely. And now doubling every 25 years and increasing exponentially.

Why improve medicine so MORE survive?

Our only hope as a species is to find new habitat. Or start making hard and ugly decisions.

I like the Larry Niven idea of getting to the asteroids. LOTS of resources there.

I just want a space gun out of all of this.

We already have a world population of 8,000,000,000 people on a planet that can maybe sustain a quarter of that number indefinitely. And now doubling every 25 years and increasing exponentially.

Why improve medicine so MORE survive?

Our only hope as a species is to find new habitat. Or start making hard and ugly decisions.

I’ve been saying a version of this since I was a teenager. At some point critical mass will be reached with population and you will see real population control–out of necessity.

Also yes, I’m annoyed at all this “health and safety” shit. Dumb people need to win Darwin awards, period. If you eat tide pods you deserve that Darwin award. If you pop a wheelie on your motorcycle down the motorway like an idiot you deserve to be that donor after you win the Darwin award. Medicines are fine it’s the everyday safety stuff is a problem. I mean we have radar in cars because people are too lazy to fucking drive. So yes, tough decisions are going to be needed because we are so far away from the technology we need to properly mass colonize another planet. The population increase far exceeds technological innovation.

I’m a Tea Party Conservative. I voted for Trump. I don’t “love him” as a person but since when did that every have a thing to do with running this Country ? It’s just like the song he plays in his campaign shows by the Stones “You get what you Need” ie THIS COUNTRY…Trump is a breath of fresh air and Pence is his helper because Pence is the one that is the real Politician. Having said all that, Another costly program for Space Exploration? WTF…really? Use that money and build the wall.

Or hire alot more LE for the border, I like that idea better than a wall. You cant climb over or under cops without eating shit in the process.

Like I said before, I just want my dang space gun.

I think the military tested laser projectiles and they were not reliable in certain conditions. Popular mechanics or Popular Science I think did an article on it. I want a plasma rifle with a thermal x-ray scope.

“A phased plasma rifle in the 40 watt range…”