Stop the presses, guns fire if you pull the trigger. 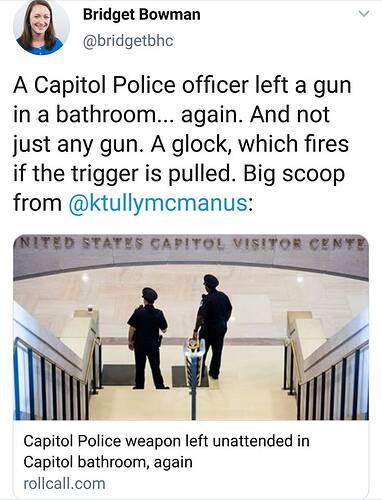 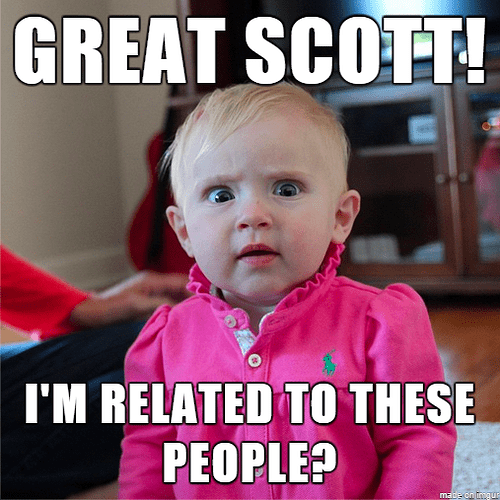 I just don’t, word not there.

As she should be.

No need to joke, she took care of that.

UMBDA UNTCA!
( translation is available via p.m. for those of you not familiar with my particular dialect of pig Latin)

She couldn’t leave it at that. She’s digging deeper by trying to clarify her earlier statement.

Apparently it is particularly concerning that such a gun (one that will fire when the trigger is pulled) was left unattended. Somehow, a manual safety makes it less of a concern, when a police officer leaves the gun unattended in a restroom.

It just goes to show ya…
LIBERALS ARE F’N STUPID!!!

It just goes to show ya…
LIBERALS ARE F’N STUPID!!!

Or at the very least, willfully ignorant.

Actually learning something about the topic, carries the danger of discovering that they are completely wrong in their beliefs related to the topic, so they prefer to know nothing. Something along the lines of “Ye conservative demons shall not lead me astray with your sweet lies of logic, as I am a faithful follower of St. Pelosi, St. Feinstein, and Bishop AOC.”

I’d be careful. If AOC found out you didn’t give her sainthood along with Pelosi and Feinstein, she might “put you on a list.” I mean, if she’ll threaten other House Democrats, what do you think she’d do to a “peasant” in the “cheap seats.” Don’t forget, she’s “in charge.”

Her words, not mine.

She’s going to have to survive her own party’s efforts to either primary her, or eliminate her district when they redraw the districts, before I will elevate her to liberal sainthood.

In the meantime, I’m waiting for the show to start on her open warfare against Pelosi for being too far to the right. AOC fired off a warning shot as soon as she got to DC, by joining a group of climate change protesters outside Pelosi’s office.

Even Trump jr. jumped on her.

AOC is a joke that keeps on giving.

Frankly I cant see any difference… 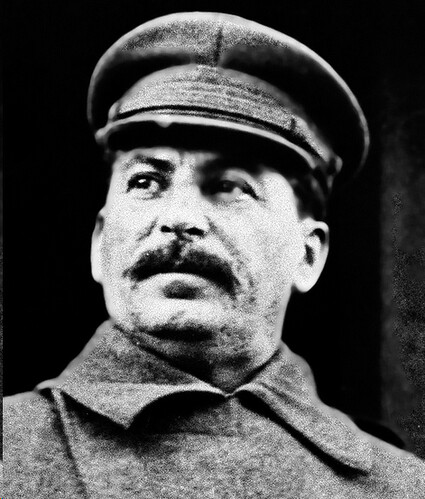 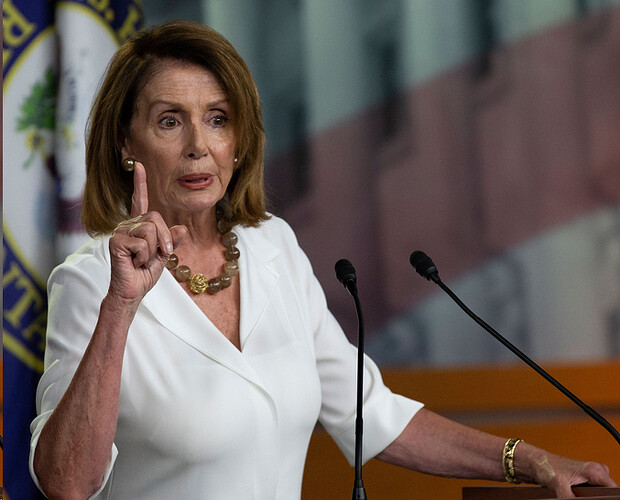 And an illicit affair has this result. 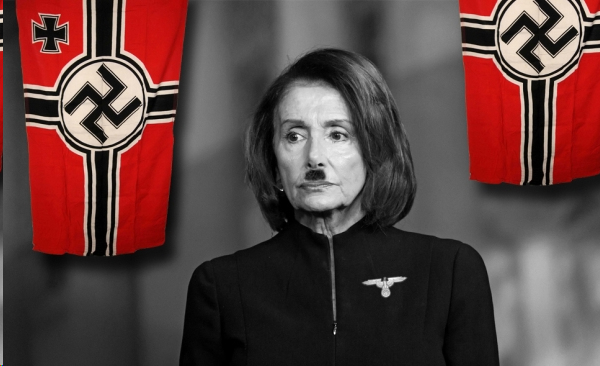 Pelosi sports the mustache much better. 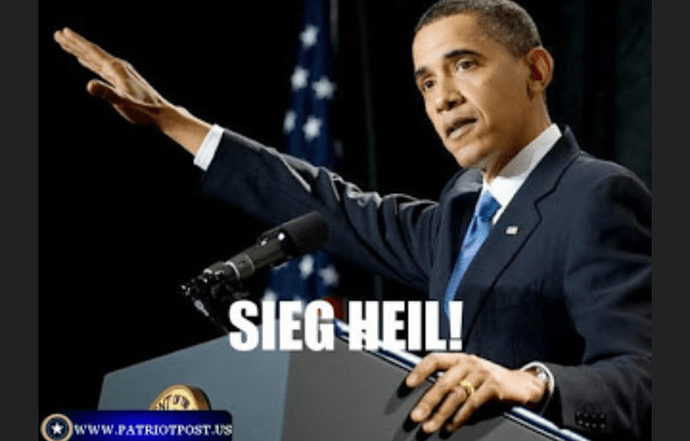 untca is my favorite word! Lol