It was determined by Democrappy Party Task Force for Gun Confiscation (aka DOJ) that the legislature approached the Ban incorrectly.

The Califorkia Legislature pig sty should have enforced Proposition 65.
That would have required all “Assault Guns” and High Capacity Magazines to have these warnings placed on them.
It also would have eliminated ALL Glocks and Glock Clones as well.

It was determined by the Democrappy Party Task Force for Gun Confiscation that this would be the proper amount of labels required to placed on an AR-15 and like rifles. (Glock and Glock Clones require appx one half of the labels the rifles would.) 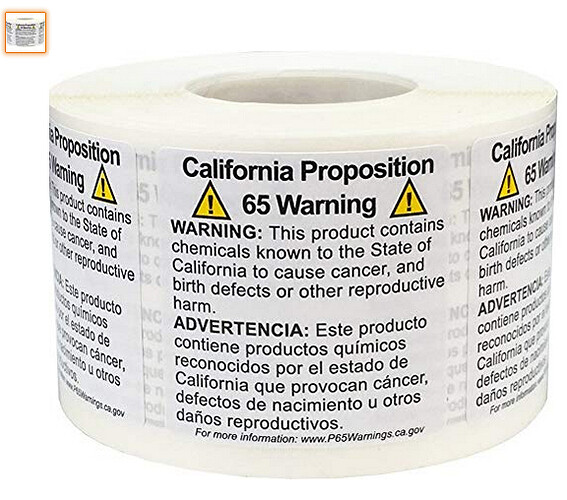 It was also determined this action would control criminals as well due to the fact it would take the average criminal at minimum 45 minutes to remove enough labels to make the firearm functional again after found under them.
This will also result in Law Enforcement will have time to respond to calls; resulting in an increase in response time to scene it is estimated 0.002% more efficiently.
Future Legislation in writing and will be submitted to Committee for the next Legislative gathering.

"What do you want to do Ronald?