How did we get to this point

I don’t know the whole story on the death of Floyd George other than what the camera shows and that is hard to watch, but this video, SJW’s placing their collective knees on the necks of America, its worse, it needs to stop, when do we bring out the NG , is that a precedent waiting to be set so when we need to rally for our rights we also face the NG?

I don’t know the federal laws regarding title 10 and whom they answer to under different circumstances, meaning their chain of command… Because they would be called up to utilize force against criminals when LEO obeys their order to stand down against criminals.

I don’t know the federal laws regarding title 10 and whom they answer to under different circumstances, meaning their chain of command… Because they would be called up to utilize force against criminals when LEO obeys their order to stand down against criminals.

Below is probably as accurate a definition as I’ve ever seen.

This is probably as accurate a definition as I’ve ever seen.

and could use your posted reply summed up as well

I don’t know the federal laws regarding title 10 and whom they answer to under different circumstances, meaning their chain of command

I posted the federal law under title 10 controlling the national guard deployment. additionally this includes an overall chain of command.

I watched the entire video and those comments from the Communist/Anarchist/Whatever SJW’s were very disturbing. I find it ironic that one of the SJW’s (guy with pink hair and glasses) was speaking out against oppression, but at the time he was advocating for Communism, which can be somewhat oppressive. LOL. In my opinion, many of those SJW’s don’t give a crap about George Floyd. They are using the protest as an excuse to cause mayhem. They want to destroy the fabric of our nation, but instead they are just destroying property that is owned by innocent civilians, businesses, and tax payers. I say bring out the NG and stop their nonsense.

Everybody has a right to speak up and protest, which may require civil disobedience in some situations. However, they don’t have a right to torch their neighbor’s houses. It is ironic that many leftists are anti-gun, but pro-arson. LOL

Who benefits? Enemy nations, Marxists, and political groups that feed on black anger.

Good question. I would say all of the above…and then some.

. China and Russia are just waiting for us to fall. No war will be necessary because we are destroying ourselves.

Peaceful Protesters should be allowed, Protesters destroying property and hurting people should all be SHOT on sight, regardless of Race, loaded into a dump truck and buried together in a hole. 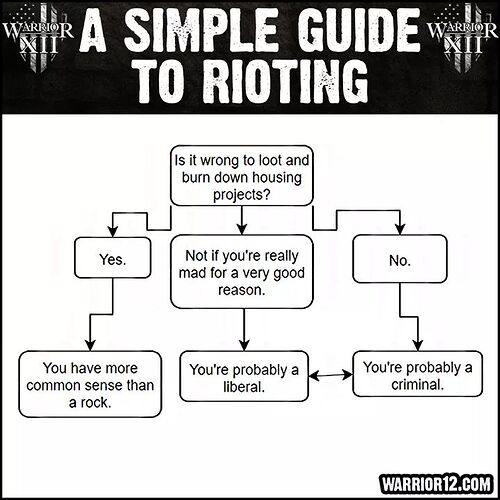 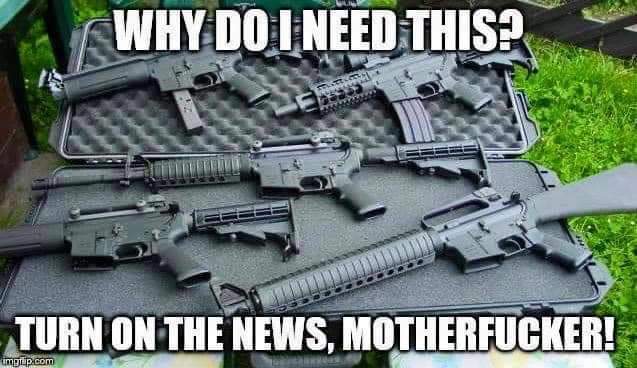 The footage from Kent State comes to mind, amazing how fast a crowd will disperse when a line of well armed men open fire.

They are using the protest as an excuse to cause mayhem

Seems many are paid

Seems many are paid

Indeed. I’ve heard that too. It wouldn’t surprise me at all. We know that Bloomberg has paid people to attend anti-gun rallies.

I may not like everything about Trump, but I definitely support that decision.

Research COINTELPRO and remember the documents that brought it to light were stolen from the fbi and that is just what they documented, all may not be as it seems, our government lies…but of course that activity stopped in the early 70’s…

Interesting. I plan to read up on that.

Doubt you will find it in a history book, for some reason they don’t teach that kind of history. Research can get confusing as some from both sides of the coin cloud the facts, the longer you chase it down the rabbit hole the better feel you get for the disinformation, lots of little red pills along the way
@Robert Curious if the “red pill” thing came from the Matrix now that I have been initiated. Watching the third one right now, kinda anyway, once I start something I don’t quit, no matter how distasteful

I think right now is the time to never leave home without a weapon. Black lives matter protesters have no concern for human life. If they did they wouldn’t have riots everywhere they went.