I live streamed the 10 hour Texas Senate hearings on Constitutional Carry on the 29th. I am going to try and break down and upload a few videos featuring some of the better speakers during that testimony.
To keep things a bit cleaner, I will just add everything to this one thread instead of making a new one each time, so be sure to scroll down.

I am working on breaking out a few different testimonies from the Senate committee hearing on Texas Constitutional Carry 2021. Here is the full te...

Here is the entire 10 hour live stream that was done over on the YouTube. 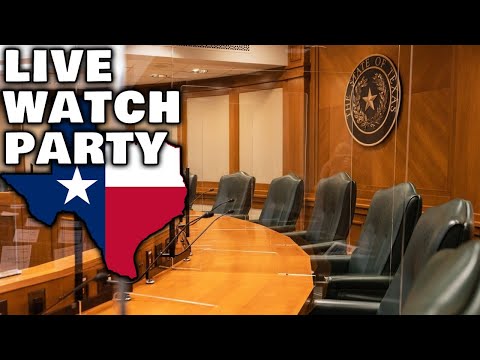 Here is the entire 10 hour hearing that is posted over on the Texas Senate website for those who might wanna watch without my commentary or conversation with the live chat at the time. https://tlcsenate.granicus.com/MediaPlayer.php?view_id=49&clip_id=15876

What do you think the odds are you will get it passed? We have had it here for a while, and have had no increase in shootings, we are one of the lowest crime States in the country anyway. I was looking at our homicide study last week and about half of the few murders we have every year are domestics and carry permits sure would not have an effect on that one way or the other.

no increase in shootings

was it that or no increase in reporting?

I’m from Maine too. No increase in shootings, not just reportings. CC has worked in every state that has enacted it. Gunowners are statistically actually more law abiding than LEOs. The left predicts all sorts of dire consequences because that’s where their heads are. Then they project their inability to handle deadly force in a responsible way onto us. They simply can’t fathom that they are the unbalanced people. They think they’re normal. Well maybe they are in their circles of other leftists.

edit: I also know of NO shootings where someone carrying under our CC law has misused their firearm. Trust me, our media would shout it from the rooftops if it happened. But I do know of cases where folks carrying have detained dirtbags who shouldn’t have had firearms and were misusing them. Of course the head cop gets on the screen and tells everyone not to do their job, yada, yada. I actually think it’s good advice, but to me it just sounds odd coming from a LEO. It sounds like an argument for their job security.

I also know of NO shootings where someone carrying under our CC law has misused their firearm.

Joe, do you know of any?

I think it might have something to do with it, zip skinny 04463 and see for yourself

Some winning daily numbers right there!

We have had it here in Missouri for some time now. We have seen a up tick in shootings but they are mostly done by hoodrats in St Louis who have felony records .

Those folks aren’t part of Constitutional Carry, just scumbags who have always had the option to carry. But I bet the statistics don’t separate them out.

Darwin is doing that for us.

thinking pretty good. so it needs 16 to pass the senate and there are 18 republicans. in order to take it to the floor without a committee hearing, there would have needed to be 18 votes and dan patrick says there was not that many. now, that does not mean now that it is to the floor all 18 won’t vote for it, some dems might even vote for it and of course in the end maybe no one votes for it, who really knows right, but i am cautiously optimistic as it think patrick woudl have stalled it from getting to the senate floor if he thought it could not pass so he did not look so bad as lt gov and head of the senate

KY has had CC for just over a year. Except for the hoodrats in Louisville things are calm. The west side of Louisville is a war zone most of the time. On pace for another record homicide year. As long as they stay in the city and keep killing each other
I don’t have a problem.

I am working on breaking out a few different testimonies from the Senate committee hearing on Texas Constitutional Carry 2021. Here is the full te...

'I am working on breaking out a few different testimonies from the Senate committee hearing on Texas Constitutional Carry 2021. Here is the full t...

'I am working on breaking out a few different testimonies from the Senate committee hearing on Texas Constitutional Carry 2021. Here is the full t...