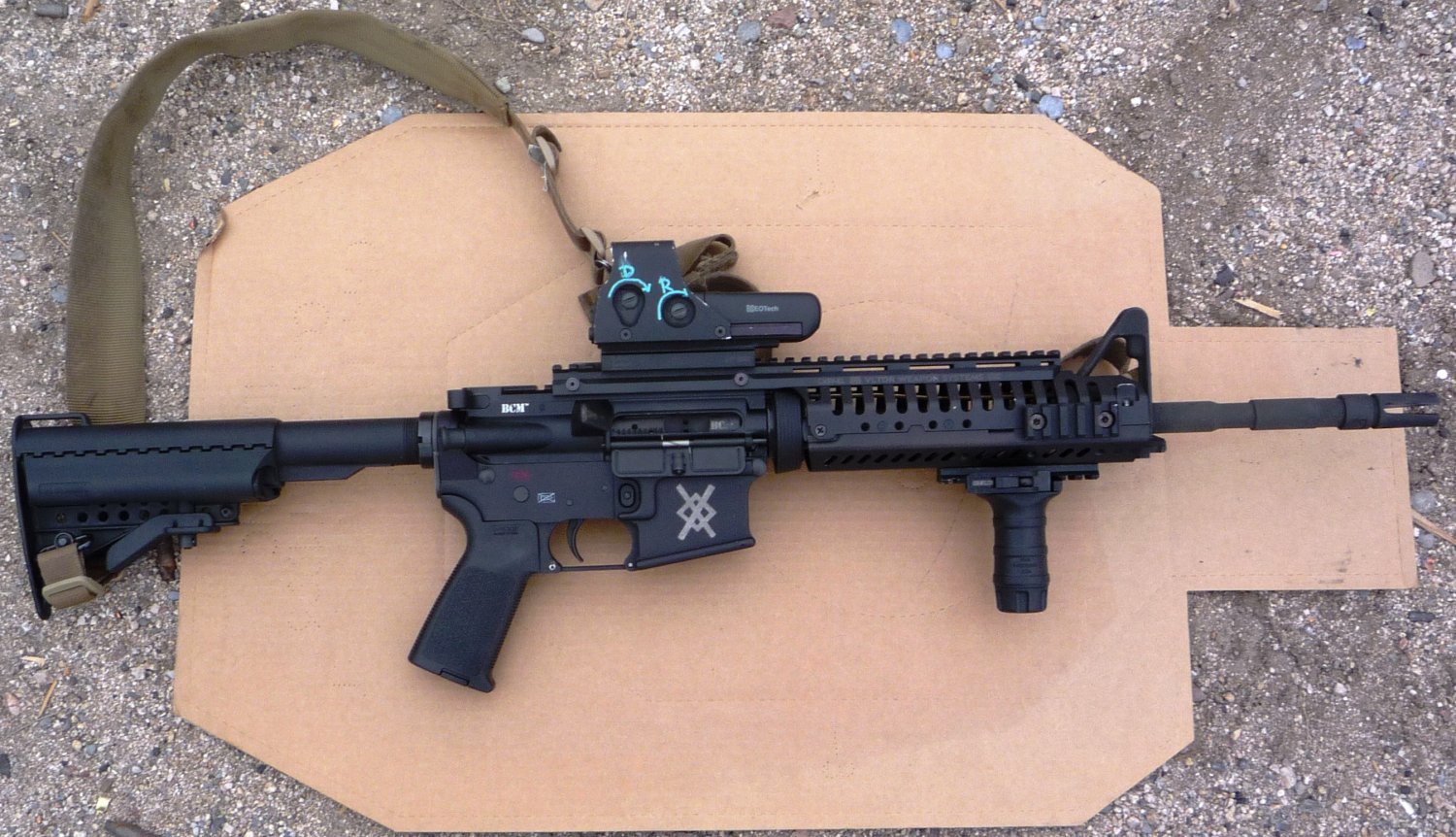 "Fouling in the M4 is not the problem. The problem is weak springs (buffer and extractor), as well as light buffer weights (H vs. H2 or H3). With the abovementioned drop-in parts, the M4 is as reliable as any weapon I have ever fired, and I have fired probably every military-issue assault rifle fielded worldwide in the last 60 years as a Special Forces Weapons Sergeant (18B). An additional benefit of the heavier spring/weight combo is that it transmits the energy impulse of the firing cycle to the shoulder over a longer duration, lowering the amount of foot pounds per second and dramatically reducing the perceived recoil. Follow-on shots are easier to make effectively, and much faster, especially at 50 meters and beyond.

I reliably fired 2400 rounds (80 magazines) on a bone dry gun, and I would bet that is a lot more than any soldier or other armed professional will ever come close to firing without any lubrication whatsoever. So, disregard the fouling myth and install a better buffer spring, H2 buffer, enhanced extractor spring and a Crane O-ring (all end user drop-in parts). With normal (read “not excessive”) lubrication and maintenance, properly-built AR-15/M4 type rifles with carbine gas systems will astound you with their reliability and shootability."

Don’t know how many times I’ve had some internet commando lecture me on the “unreliable” M4. When I would tell them that my issue M4 went through multiple rotations during the GWOT with the only failures there being mag related they would double down on their position.

Even though I own a AK today, my go-to rifles are my M4 profiled AR-15 carbine and MK12 build. Both have been rock solid reliable.

Kind of like them guys in the comments section of that article that were trying to call out the author lol.

Did you guys train with the same rifle you carried or was there a seperate rifle for training?

Only time we have seen a reliability problem with the “M4” or variant is due to total lack of maintenance or, selecting inferior parts or brand to add or to start with. Besides that, we have rifles in use with over 80k rounds through the base weapon. Yes, barrels and other parts have long died since they started out. But that is the base and they still run.
Have to agree though, not too much lube… but I would lube and clean any weapon. Good write up.
The only time I really push something other than a DI AR is if they are running suppressed.

How about SBRs and pistols? Do the DI have any disadvantages at those lengths?

Well… yes…
But I find that is in really short stuff. If an AR is around 10 inch barrel length, zero issues.
Once they go lower than 8.5 is where the issues start up we find in 556…
Dwell times are just so short that it seems a piston drive, set up for super short barrel lengths seems to work, better? At least there is less issues of short stroking, in complete lockup, over gassing, etc.
Between the 10 and 20 inch barrel lengths no real differences until you suppress them. Then it is a can of worms of a new level. Hahahha

As soon as people get into adjustable gas blocks… on a DI rifle at least… their is issues. It is like telling someone to go drive a stick shift car. They think they can but…
So, systems like the POF Dictator are a much better alternative. That seems easier for most people. They look at a number and then never look again until there is an issue.

Thus the piston guns. They usually only have 2 to 3 settings for the most part if they are adjustable. This makes life easier for a lot of people.

Same rifle(s). I had the same M4 for every deployment starting in 2002 except the last one, that because I went to HHC after doing 1SG time in a line company.