I’ve always have a thing for foreign weapons. That was a part of my generation as growing up with video games and seeing other weapons and service rifles from around the world. But the day I end up purchasing a really interesting and unique kit. Of the many variations and variants of the fal that flew around the world as the free arm of the people. This one really caught my attention. Below is a photo of it and the future build for it. Parts may be expensive but I think is going to be well worth it.

The legendary and famed Hebrew hammer of Israel. Originally chamber in 7.62 X51 NATO. The Israeli adopted the fal before even NATO did. Forgotten weapons has a lot more better video presentation in documentation on the history of this rifle. This parts kit ended up in my collection and I’m going to build it out right. But before I do that I want to show you some nice photos of it as well to give you a preciation of a rifle that was involved in the Six-Day War.

A few interesting photos of its end this rifle has seen some hard use in his lifetime before being demilled into a parts kit. This will most likely be my most expensive Parts can I ever had to build but I think it’s going to be really fun to do. Stay tuned and keep your eyes on the prize.

phew, I thought this would be an AK category , what a relief to see a FAL thread

phew, I thought this would be an AK category , what a relief to see a FAL thread

That’s why I have the brass part in the title of my channel. And ice cover off everything else that’s included. In the end this Israeli FAL is something special. It still has Grime and dirt from the Six-Day War and some other Brown residue I’m guessing that’s not cosmoline as they would say. Luckily for me I have a friend of mine’s that has built-in FAL so when I get the parts together I’m going to bring to him and help me do it correctly the right way

We think it’s been put the rest but it’s only a cold war. Albany is one of the producers on full30 and make a rant video. Pouring gasoline on the Fire. So we wait until the next development in the AR and AK platform. Then the war will go hot again and I’ll be sitting back here with my iced tea and a comfortable chair with a nice cigar watching the fireworks show

Na i don’t have hair for that. but i like to play both side on occasion. 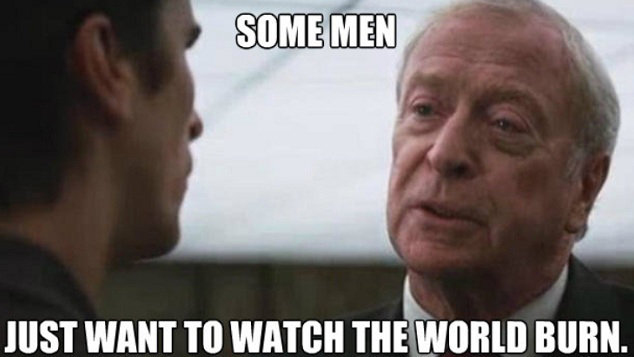 We’ve put to rest the AR vs AK war

The competition for reasons to pass on?

Isn’t it weird how even the commie guns attract fake news about winning anything?

The AK is a novelty gun for Che wannabes. The AR is the gun pissing off commies and stacking thier bodies in numbers not only in foreign wars but here in the states (#Kenosha kid).

Have had a lot of AR’s and the only problems I’ve had have been upon purchasing finding
the previous owners did shit jacked up, take down pins in wrong, bolts in 180*, (that causes a tight jam I tell ya) 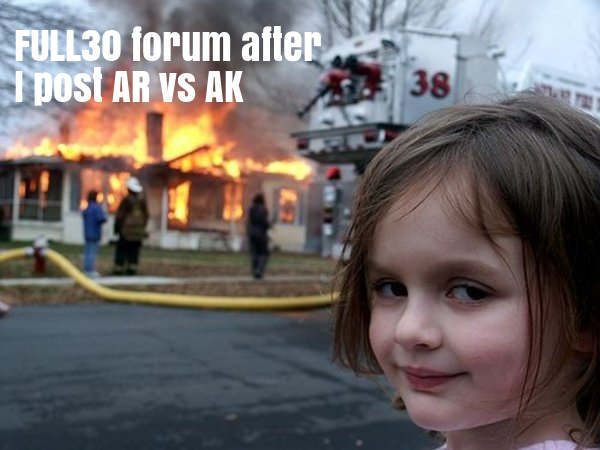 breaking out the good beer and a cigar 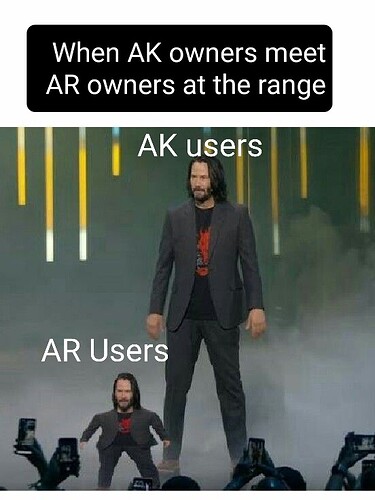 People don’t like to hear it but it’s true though.

AK variant rifles are like biker chicks they can take a hit in the face and keep on pushing and take you home, after drinking a half a bottle of vodka

AK variant rifles are like biker chicks they can take a hit in the face and keep on pushing and take you home, after drinking a half a bottle of vodka​:wink:

I don’t know…i don’t have either.

Now the FAL hold a sweet spot in my heart. Hard-hitting rugged and dependable and has survived the test of time with abuse and neglect of maintenance. My plan is to make sure that when I do this Israeli FAL build that it brings out the best qualities of it