The merits of the caliber debate with modern ammunition

There are some big issues with all this debate too. Like if a bear charges, you have 3 seconds to fire your load and hope you hit the right spot. No sloppy shooting will save you. You also have to have the ability to shoot more than once… lots of people talk about being able to fire 2 or 3 loads at a time, but many fire to early and only once. Leaving them feeling inadequate. Some try to compensate with size… others think shooting their loads like a sewing machine will work better. All in all, it comes down to shot placement, deep penetration, and keeping your cool when dealing with dangerous wild game.

True, everybody has different preferences. You cannot makeup for poor shot placement by using a bigger bullet but you should also choose A round you have confidence in and are comfortable shooting. I Iike a little more punch than what 9mm delivers so its .45 and 10mm for me mostly, to each his own though.

This may be the best reply in this thread

Great point. A .22 rimfire can be equally fatal with good shot placement.

A post was merged into an existing topic: Guy shoots Moose in self defense. Would you survive in the middle of the woods being attacked?

18 posts were split to a new topic: Guy shoots Moose in self defense. Would you survive in the middle of the woods being attacked?

This^^^ This^^^ and THIS^^^
Having seen many a GSW [ retired ghetto FF] I’ve seen plenty shot in obozo land.
Shot in the head with a .25 and talking to me like we were old pals.
9mm head shot - wasn’t talking no mo.
Shot in the ass multiple times [WTF is with that stymie?} crying like a bitch but survived.
I got a 8 day rip for asking Stymie “WTF is it with you morons and ass shooting/”
The USA has NO idea what a shit show dnc shit holes are.

PS .22 in at the wrist - came out upper arm. Little pill traveled quite a ways.

Never underestimate that .22 LR
Strange things happen. I remember a woman coming into a hospital claiming her husband had shot her in the head. They denounced it until the x-ray
Bullet traveled around her skull and popped out the same hole. Crazy… I have seen crazy crap where knives, steel rods, and tools are stuck through people. And they are talking in the hospital with it still stuck in them.

I don’t have a dog in this fight since I rarely carry…fortunately, I live in a small, conservative town and there’s just not a lot of need for self protection. I do own a couple .45 pistol caliber carbines so when it came to handgun time, I went with .45 also since I had the ammo. I’ve never even shot a 9mm anything.

But, I’ve seen quite a few videos where the bad guy was hopped up on something and the “good guy with a gun” was protecting with a 9mm. In a lot of the videos, the perp didn’t even flinch when shot at close range, several times. I’d have to imagine that in the same situation, the .45 would have at least rattled the dude some.

All depends on the perp…read this for an example: 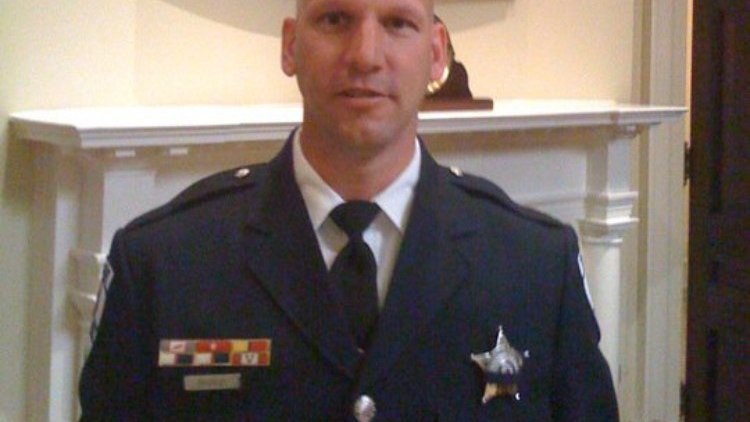 Why one cop carries 145 rounds of ammo on the job

Sergeant Timothy Gramins faced a murderous attacker who would not go down, even though he was shot 14 times with .45-cal. ammunition

Excellent read no matter what. Shows just what one very motivated individual can take before expiring.

Interesting the cop went from .45 to 9mm to be carrying more rounds and save weight.

That’s what I thought too when I read the part about the ER Drs comments.
Then I saw that this happened just north of Chicago and realized that this is another liberal “idealogical paradise” and the comments then made sense…in a contextual manner of course.

They have never been in a gunfight and believe TV-land and Hollywood fictions.

Not sure how many State agencies still do but there are MANY reasons .357 SIG is standard issue, particularly Patrol.

They should all get a choice of 9mm or 10mm, get decked out carbines and be provided plates+carriers. I do not like over militarization of police but they need some force multipliers in order survive the modern day streets. I would rather see cops armed to the teeth then being out gunned by shit head bangers.

I hate the idea that there is over-militarization of police. MRAPs can tow vehicles, be used as barricades, and run through flood waters. Many departments get camouflage uniforms for cheap from local military installations.Plate carriers straight up save lives.

To me, it just seems like all the people who want cops to be less “militarized” dont realize that it means they will be less supported and more vulnerable. Last I checked, police weren’t using tanks, F35s, or predator drones.

Me too. The end goal is less dead cops.

here is a video that puts the mouse guns in a poor light, but also equates to poor shot placement and training

OH man, I can’t believe they let him stand there and argue with them and they didn’t continue shooting.
Wow!!!

Ive been getting more and more concerned about sasquatch becoming an active shooter up here in the Pacific Northwest so I recommend magnum rounds or at least something with more wallop. If sasquatch comes in armored I fear no handgun would suffice though.