The NRA Blew It, Bigtime

Perusing the FULL30 blog I found this article

I don’t get it… did the NRA initiate this, surely they did nothing to stop, or even slow it down,

and for what purpose, bump stocks are IMO pure novelties/toys with no real value,

none in a firearms context, but political value…?

That may be where the gold is, end game…uncertain

The actions of the NRA to initiate the bump stock ban is exactly why I left the NRA and lost any trust in Trump. I imagine there will be people out there who won’t know the involvment of the NRA in this matter and joined the NRA after the ban to help defend their rights to keep and bear arms. I believe the NRA played and is playing both sides. Money and power, I guess.
https://home.nra.org/joint-statement/ 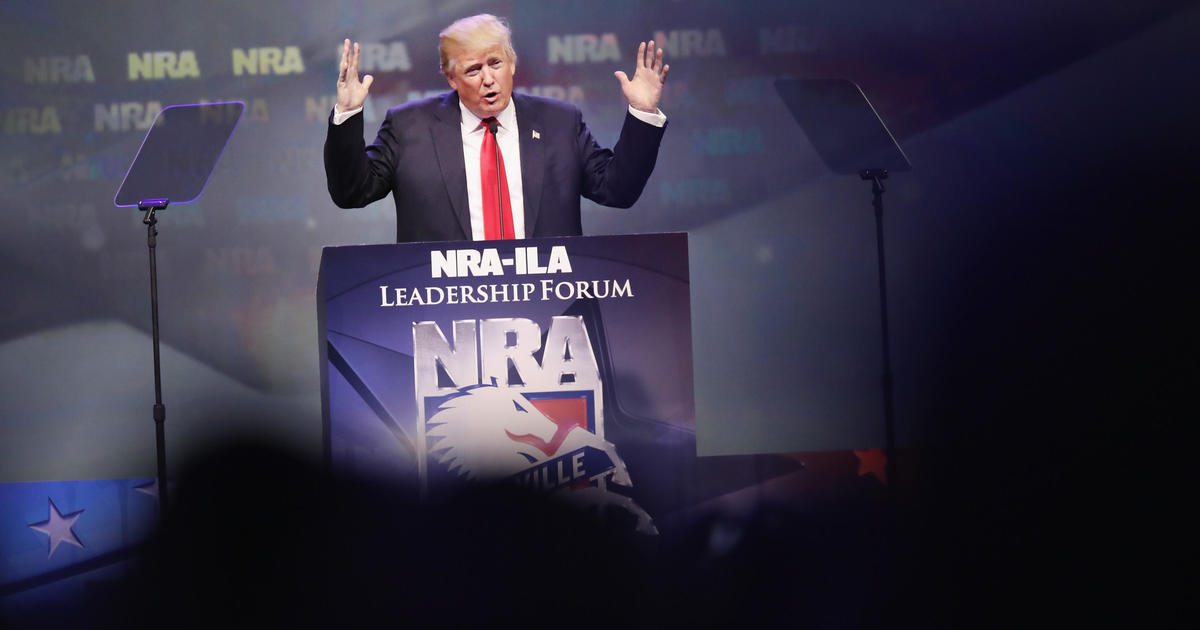 Why the NRA decision on bump stocks is a big deal This week, with the stroke of a pen, President Donald Trump took a bolder Gun Control step than President Obama ever did. And, he’s done it with the protection of the NRA.

They probably could see that something was going to happen no matter what they did or said so why not throw a novelty item that few people had or wanted to the people calling for gun control. It shut them up for a while and gave us time to head off another "assault weapons ban ".

I went GOA. I won’t even give the NRA a 2nd look again.

Me too bud. GOA is the way to go. The NRA has lost my confidence.

Governments, companies and organizations have created a crisis or catastrophe in order to come back later and benefit from the clean up or “help” people in the aftermath. I don’t put it past the NRA for doing this very same thing.
Either way, they threw the dog a bone and all that did was give the dog momentum to go after everything.
I didn’t own a bump stock nor did I want one, until I knew they were gonna be banned. Binary triggers are next. Pistol grips, fore grips, stocks, threaded barrels, it will never stop. Add to that, transportation laws, storage laws, gun free zones, increased age limits, tax stamps or other “fees”, rationing of ammo or parts. Little by little, piece by piece, they are getting what they want. We go five steps back and then get all excited when we “win” something and go one step forward.

and she is back

I couldn’t buy anymore in FL

You know instead of blaming the NRA for every thing that goes wrong we should look at ourselves . How many gun owners call their reps. Or even bother to vote. We need to get more people on our side involved don’t let our enemy’s win the day because we can’t be bothered to vote or make a phone call or send an email.

I do. I even join a phone conference call that is conducted town hall style every month. It’ll be a cold day in hell that my representatives in my jurisdiction calls for gun control. But I do anyway.

The NRA acts as a spokesman for gun owners and when they advocate for gun control they deserve for us to abandon them. I’m pretty sure the founding fathers would do the same.

Before abandoning the largest and most influential organization for protecting our gun rights, make danged sure you understand their strategy.
Quite often what appears on the surface to be an anti-gun decision could be a way to poison the proposed legislation in order to kill it later.
It’s just possible they actually have a plan.
Just a thought.

possible they actually have a plan.

undoubtedly, and I love your optimism, your hope,

The NRA lost me in 1986. It’s sad when a ONCE great gun organization cowers to the libtards. It’s sad that the people in charge now are only there for the money.

The NRA needs a leader to protect ALL of the gun rights, a leader that protects what the people pay them to do. NOT a suckass that gives in to people who try and take our rights.

They need to stop trying to appease the liberals and start pissin em off. I like watching them cry.

I don’t know a single gun owner who would pay insurance to keep his AR, or give up his magazines to keep it. Strategy in anti gun control should never be that of gun control

I offer no argument, but, it could still turn out good despite how it looks

Someone wiser than me has pointed out that all organizations can get corrupted sooner or later,
It just takes some wise guys to notice all that lovely money just waiting to be plucked.
It happened to the Wounded Warrior Project, and to Greenpeace.
No reason it can’t happen to anybody else.
Just another thought.

What do you do when you can’t win a war in direct combat? You infiltrate and sabotage from the inside. Case in point, the NRA.

It also set the precedent to redefine what is a “machine-gun”. The old saying about “slippery slopes” is quite apt in this regard. Make no mistake, giving up liberty in the name of keeping liberty is a false premise, PERIOD.

Before abandoning the largest and most influential organization for protecting our gun rights, make danged sure you understand their strategy.

If the strategy is to constantly capitulate, then I want no part of such an organization. One needs to remember that the NRA initially did not even want to be involved in the Heller case and it was the CCRKBA that did the initial heavy lifting and legal representation. The NRA only signed on when it was apparent that the Heller decision was going to go in a positive direction.

The NRA for years has played both sides of the fence in order to drum up donations. Financially it has turned into a house of cards and will fall.

Better to see the enemy within and shift support towards no compromise organizations than “go down with the ship” just because we don’t “understand their strategy”.

NRA blows! Pretty much sums it up! It isn’t “grandads” nra anymore like they’d like you to believe. What was, is now a large corporation that realizes how much $$$$$ is out there to be had. They realize it’s wise to play the political game to keep sucking up the cash like a fuc%ing Dyson upright, all while trying to hold up the 2A theatrical masks! Make no mistake what the NRA has become, CASH 1ST-2ND AMENDMENT 2ND!!!