The perils of a supermajority

This week in the Ca Assembly. 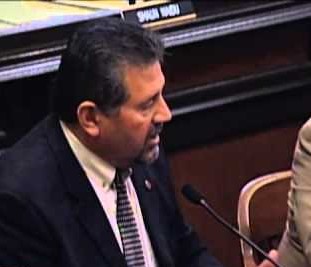 A Day at the Capitol, and I Need a Shower - Gun Owners of California

Wow. They aren’t gonna stop. Bill after bill, it will never end.

True. And with their super majority comes super arrogance. Letters and calls mean nothing.
Ca is a lost cause.
I don’t like saying that but that seems to be the way it is.

Don’t tell anybody this, but I was born there. I lived there till I was 4 yrs old and spent every summer there on vacation. Went to school a couple years in junior high. I’m embarrased to call that place my birth state. Loved it as a child, but all my family there is dead now and I have no reason to go back.
What a horrible place for people to live. No amount of beaches, sunshine and mountains could ever make me want to go there, much less live there.

I was born here as well and always lived here. I’ve seen this place change a lot over the years. The neighborhood I was born in I wouldn’t drive through today.
Here in Orange County there were orange groves everywhere. I played in them. Today it’s all houses.
Way too many people for me.

Before my grandmother sold her house, all the houses in the neighborhood were being torn down and they were putting up these long skinny duplex houses in their place. I saw her neighborhood on Google earth one day. The street view. The chinese who bought my grandmas house painted her stone wall that surrounded the house and two lots. It’s now an ugly white wall. My grandmother had 51 rose bushes around the perimeter. All gone. The neighborhood is unrecognizable. It’s sad.

A beatiful state being destroyed by ugly people with no moral compass and an insane amount of laws and regulations.
You and E leave that place and let those bastards stew in the cesspool they created.

A beatiful state being destroyed by ugly people with no moral compass and an insane amount of laws and regulations.
You and E leave that place and let those bastards stew in the cesspool they created

Ca is a lost cause.
I don’t like saying that but that seems to be the way it is.

Considering how often the far left breed and pop out kids CO, OR and WA are right behind you.

I’ve started to see Texas slowly turn over in my lifetime. It’s disgusting to watch these far left cockroaches infest good states. If we don’t start turning young people (generation Z) away from the millennial scourge way of thinking every state is lost. These idiot millennials have bought in to the democrat ruse of eliminating the electoral college and lowering voting age to 16. These two things are a disaster for America.

You people keep shitting on me when I say band together NOW before its too late. The southern states are the last remaining spot to make a stand. Texas is gone, California and most of the NW. If we don’t increase or population density soon we will be fighting alone.

These idiot millennials have bought in to the democrat ruse of eliminating the electoral college and lowering voting age to 16.

Thankfully both of these items require constitutional amendments. I hope

that there are enough reasonable states left that they would never be ratified. But that may well be a false hope.

I would also hope that if all these millennial snowflakes really believe we’re all gonna be dead in 12 years they’d stop breeding. But that would require a wee bit of logic. So another false hope there.

STOP counting on the constitution and voting… WE HAVE LOST THAT BATTLE they WILL destroy it one law at a time.
We arn’t having 5 kids each and we arn’t bringing voters in across the border… Most of us have started to age out and our days are numbered.

You people keep shitting on me when I say band together NOW before its too late.

You’re 100% correct, took me awhile, some bumps/bruises, getting banned from other forums etc

BUT THERE IS NO UNITY.

These folks are so dependent on government, they aren’t much competition, especially if there’s hard times.

I think there’s something in the sea water.
Every state touching the west coast is losing their ability to reason. Same is true for Texas & Florida. Both have large coastlines. New York as well. Not sure of some of the other coastal states, but…

So I’m for making a stand. My choice is Idaho. Still one of the free states. Few big cities. It’s got mountains & plains, fresh water ( think off grid living.) And only a tiny border with a foreign country (one that’s not being overrun). And no contact with the aforementioned sea water.

THERE IS NO UNITY.

What exactly is your definition of unity?

Everyone thinking smart, what, not smart to think? 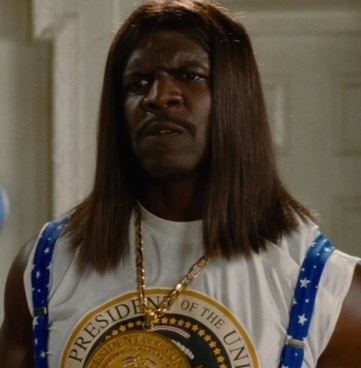