The Pittman-Robertson Act: The Forgotten History of the Celebrated Tax on Firearms and Ammo

It’s unusual to think that Second Amendment proponents and members of the freedom movement would celebrate the day that a tax took effect. But that’s precisely what the Pittman-Robertson Act is – a tax often celebrated by gun enthusiasts, patriots and pro-freedom elements in the United States. Its story is one of the more fascinating in the history of American legislation.

Signed by President Franklin D. Roosevelt on September 2, 1937, the Pittman-Robertson Act, known officially as the Federal Aid in Wildlife Restoration Act of 1937, does not establish a new tax. Instead, it commandeered an existing 11-percent excise tax on rifles, shotguns and ammunition, and a 10-percent tax on pistols. Rather than going into the general fund of the United States Treasury, the Pittman-Robertson Act earmarked this money for the Department of the Interior and its wildlife preservations efforts. The money is then distributed to the states and can be spent how they see fit.

This was a coup for the Second Amendment and liberty movements. Rather than the money going toward a federal government interested in stripping them of their rights, it went to the Department of the Interior, with interests in keeping the American wilderness wild at heart. With this bill, hunters and firearms enthusiasts continued their role as the unsung heroes of the American conservation movement. In fact, Federal Ammunition was instrumental in getting the bill made into law.

Where Does This Tax Money Go?

The money raised by this tax isn’t just a blank check to the state governments. There are strict requirements on how it must be spent. What’s more, the Act also demands that the state governments not use any of the money they raise from selling hunting licenses outside of the state game and wildlife departments. The Secretary of the Interior must approve all plans for apportionment of the money – acceptable uses include surveys, land acquisition and leasing, and management of wildlife and their habitats. States must pay for the costs up front and seek up to 75 percent reimbursement after the fact. Generally speaking, the remaining 25 percent comes from the sale of hunting and fishing licenses. Any money that is not spent within two years goes into funding for the Migratory Birds Conservation Act.

Funding from this tax makes projects possible that otherwise would not be affordable. The United States Fish and Wildlife Service stated that in 2010, over $2 billion was generated from this tax, meaning that state costs were reduced to $500 million.

There is also a sort of self-perpetuating aspect of the Act. Because the habitats of game animals are expanded, there are more hunting opportunities. This, in turn, means that more money is spent on items that are taxed for the purpose of funding this Act. Secondary effects include greater eco-tourism to the areas, which means there are more jobs for Americans in sustainable and, dare we say, “green” industries. The Act also funds hunter education and the construction of public target ranges.

The money raised by the Pittman-Robertson Act is one of the areas you’re least likely to find sweetheart deals and boondoggles. The money spent on capital improvements due to the act must be spent on property controlled (but not necessarily owned) by the state in question. Grants can be provided by the state to independent third parties, but the way this money is disbursed is tightly controlled, meaning that it’s very difficult to obtain and thus, not an easy target for crony capitalists.

What’s more, the money is not just distributed willy nilly to every state on an equal basis. Instead, it’s apportioned on the basis of how many active hunters and fishermen there are in the state in question. This ensures that the money raised by the tax goes, at least somewhat, back in proportion to the states from which it is raised.

Continue reading The Pittman-Robertson Act: The Forgotten History of the Celebrated Tax on Firearms and Ammo at Ammo.com.

Where Does This Tax Money Go?

Not where it is supposed to. The government is in charge.
Can you name any tax that is going where it should?

I personally believe all the money I earn should exclusively go into my possession and remain there. In short, I agree with you.

What ever happened to the America that cut throats over high taxes? The IRS would be more terrified than Hitler in modern day Israel.

People got civilized, fat and lazy 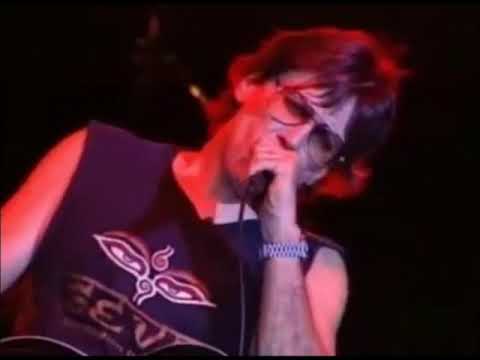 One of their BEST!