The Resistance Library Podcast: How to Build a Gun Club 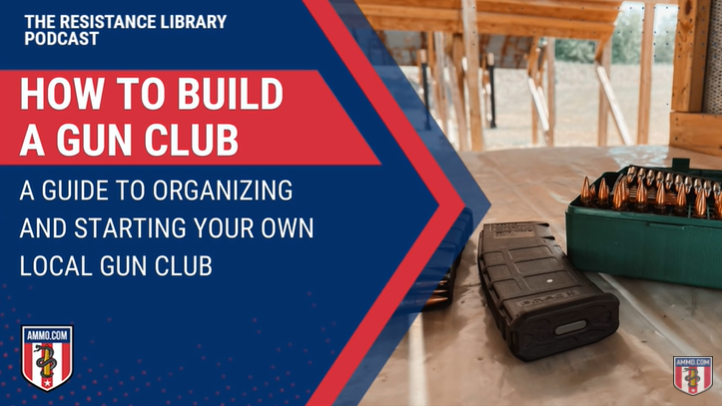 On this episode of the Resistance Library Podcast, Sam and Dave discuss how to organize and start your own local gun club. There’s never a bad time to start a gun club, but there are maybe better times than others. With an emerging global medical police state, the spectre of the most anti-Second Amendment administration in history hanging over the United States, and recurring left-wing riots, now is perhaps the ideal time to start thinking less in terms of gun rights exercised individually and more in terms of collective preparation.

Beyond even preparing for potentially disastrous scenarios, starting your own gun club is just fun. In a time when the powers that be are trying to lock us all in our homes and isolate us as much as possible, forging new social connections might be just what the doctor ordered for you. Practical considerations aside, your own gun club can offer you a kind of social outlet you might not have had since high school or time served in the military.

But saying “start a gun club” is only a good idea – it’s not practical advice. So if you have any interest in starting a gun club, this article will walk you through it. It won’t be the hardest thing you will ever do in your life and, unlike starting a gunsmithing business or some other commercial enterprise, it will likely start to pay dividends sooner rather than later.

You can read the full article How to Build a Gun Club: A Guide to Organizing and Starting Your Own Local Gun Club at Ammo.com

We can has gun club

Hasn’t the term “Boiz” been taken over by the lbgt crowd to replace the female “butch”?

LOL, keeping up with their slang would be a full time job. Doesn’t matter – I’m officially claiming “BOIZ” for us firearm enthusiasts.

I prefer to be called racist or a honkey