The Resistance Library Podcast: The History of Charlton Heston 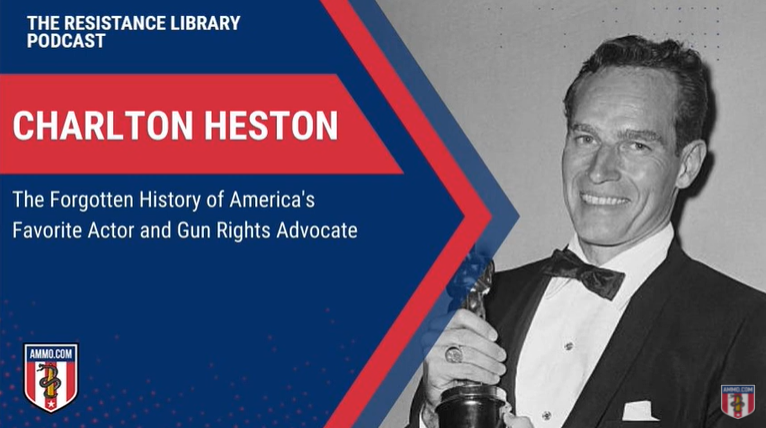 On this episode of the Resistance Library Podcast, Sam and Dave discuss Charlton Heston. Charlton Heston is a singular figure in American history and consciousness. During the early period of his acting career, he was known for historical and Biblical epics.

After his career waned throughout the 1960s, he was reborn as a science fiction actor, thanks to his starring role in Planet of the Apes. While often viewed as a bit of camp today, this film and the series that spawned it was the biggest popular science fiction movie franchise in the pre-Star Wars era.

For our purposes, however, Charlton Heston is an unsung hero because he was a champion of limited government, especially as it pertains to Second Amendment rights. He served as president of the National Rifle Association for five terms, only retiring when he was diagnosed with Alzheimer’s disease in 2002. Starting his involvement in politics in the Civil Rights era, he later gravitated toward conservatism, organizing a political action committee to support Ronald Reagan.

You can read the full article Charlton Heston: The Forgotten History of America’s Favorite Actor and Gun Rights Advocate at Ammo.com