There is only one vice for me...the FAL.

When I decided to get back into shooting I went to a gun show to buy the rifle I had decided was the one I needed…an HK.

But then I picked up a FAL and it just felt right in my hands. Ergos fit better. Cleaning it looked simple. Felt very robust.

Course it was assembled by CAI, so it didn’t work. I had to go find folks that knew about this rifle, FALfiles.com became my home. Got it working and shot the crap out of it. 308 was 12 cents a round in those days! I changed the bbl out a few years ago when it would no longer hold the 2-3moa it had been shooting. I know I had 10k+ rounds through it at that point.

These days I still take her out to any matches I go to…even if she isn’t considered competitive by any of the top shooters at those matches. Mostly run-and-guns these days.

Here she is after the Carolina RNG this year…

I will warn you I am not a FAL expert…or rather not in the esoteric nuances of the FAL…I have assembled/repaired over 200 of them, but I do not care in the least about making them ‘correct’…I just want them to function as well as they can.

FAL is awesome, LOVE them!

And at one point I made this…

…which is usually cursed as an abomination or praised as a piece of genius.

Leupold hog scope is the best option for that rifle IMO. I run a bunch of them as well.

I was very happy with mine until something went all wrong at the Carolina match and I was hitting low and right and couldn’t sort it out until towards the end.

That rifle now has an NX8 on it.

am always so jealous of my southern cousin with the ability to own FNs, but than I remember I can buy things on line and they get delivered to my door.

Did you ever turn the hog scope to leupold warranty?

I have one FAL, love it, built like a tank.

Did you ever turn the hog scope to leupold warranty?

Have not done so yet.

Are you guys over at FALfiles still running Ol’ Dirty or did it finally get retired ?

For anyone who dosnt know who Ol’ Dirty is:

IDK that one, thanks for sharing,

I had an FAL where the threads disintegrated and the tube would blow off, but no holes in it

They froze it and threw it in water a couple times. Threw it in mud too. 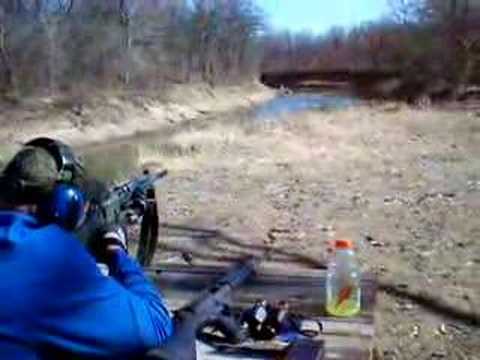 I have shot with James and Robin on a number of occasions, they are great people and James is an amazing shot on any rifle…not just ole dirty.