This is Why We Carry

Somebody just sent me this. How did I miss this? Were others out there in TV land tuned in? That’s another thread I guess…

This incident is why we carry at all times now. It illustrates perfectly why we do not even travel in states that deprive us of our civil rights. 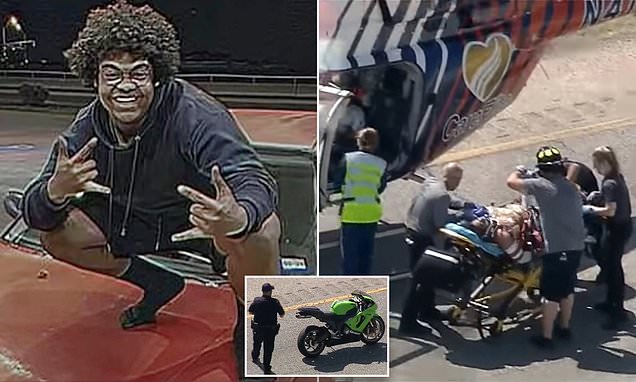 JaDerek Gray, 19, was fatally shot on June 25 on a Texas highway by a SUV driver after police say Gray pointed a gun at the driver. The two exchanged shots but only Gray was hit, police said.

Yep, good lesson to not draw unless needed, must have hesitated just a moment to long for the other guy to have

pulled his own gun and shot Gray multiple times

And now for something completely different…

The men, from a group called Rise of the Moors, said they were trying to travel peacefully to their “private land” to “train” on Saturday when the standoff began. 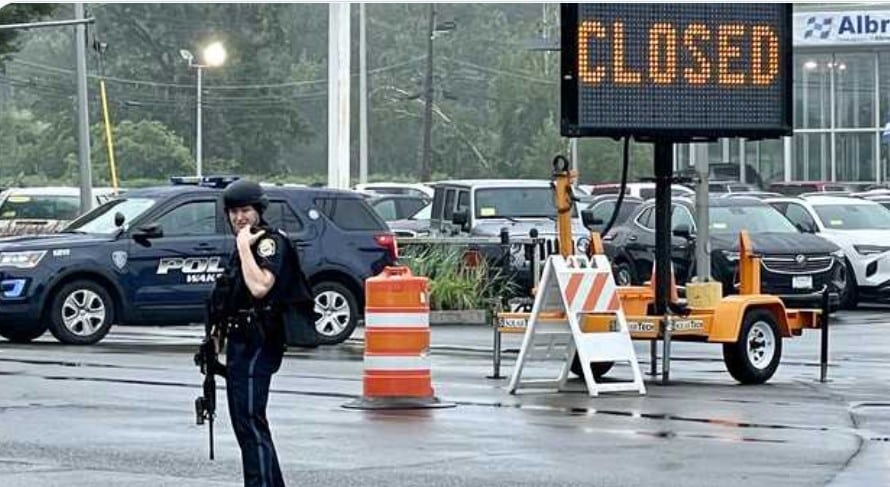 Censored/Massachusets: Armed Trump Militia’s Shuts Down I-95 During Holiday...

Searching for a spin?

Don’t feel I can add a constructive comment here

unable to read the Daily Beast - it wants me to subscribe, hint copy and paste text under the link.

A cadre of armed men from a militia group called the Rise of the Moors shut down a highway outside of Boston for more than nine hours on Saturday morning after allegedly refusing to comply with police orders and taking off into the woods with guns.

The group says on their website that they’re “Moorish Americans dedicated to educating new Moors and influencing our Elders.” In YouTube videos of the incident, they claimed they were only trying to travel peacefully to their “private land” to camp and “train” on Saturday. CBS Boston reported that they were headed from Rhode Island to Maine.

In a press conference after the incident ended, Mason said the State Police will work with the District Attorney’s Office and “appropriate charges” will be brought against the 11 men.

“You can imagine, 11 armed individuals standing with long guns slung on an interstate highway at two in the morning certainly raises concerns and is not consistent with the firearms laws that we have here in Massachusetts,” he said.

He said the men did not have gun licenses on them. Either way, he said, Massachusetts does not allow unloaded or loaded guns to be carried on an interstate highway.

“I understand that they have a different perspective on that,” he said.
He said he was unclear about what the group’s intent was in traveling on the highway, including whether it was “staged” to draw the attention of police.

Middlesex District Attorney Marian Ryan said they were told the men were on their way to Maine from Rhode Island for “training” but investigators have not confirmed that.

The type of militia mentioned in the Second Amendment is the type most useful to the security of a free state. That would be one not under control of the government.

These guys weren’t hurting anybody. And Massachusetts has stupid infringing laws. Anybody should be able to form militias, just like everybody has the right to keep and bear arms.

LOL
Who the **** is stupid enough to dress up in camo and drive thru a libstink state of libsuck a h’s ??

The “Moors” were busy in our old hommie town again shooting children. Mass has really stupid gun laws. When I was stationed there in the 1970’s it was an automatic minimum year in jail for a handgun without all the paperwork.
We kept our guns and shot in New Hampshire. That’s where the first Sargent lived.
But to travel through that state w/exposed firearms is just asking to go to jail.

Many state constitutions stipulate they must be approved/recognized by the state. Wyoming’s does. Here is a good take on them prior to the Civil War, which of course changed everything. 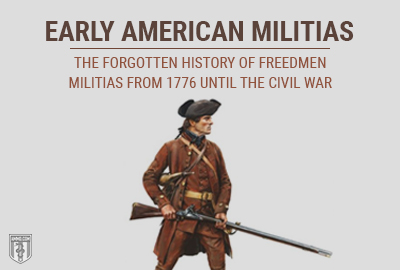 Early American Militias: The Forgotten History of Freedmen Militias from 1776...

The United States militia is enshrined in the Second Amendment of the Constitution. And while the militia movement of today is widely known, its history – and the history of independent Constitutional militias stretching back to the...

Edit: I was doing a search of the site for Militias I came across a thread by Ammodotcom on the same article. There are some other good links in that thread too.

Early American Militias: The Forgotten History of Freedmen Militias from 1776 until the Civil War Ammo.com

The United States militia is enshrined in the Second Amendment of the Constitution. And while the militia movement of today is widely known, its history – and the history of independent Constitutional militias stretching back to the dawn of the republic – is far less well known. Why does this matter nowadays? Because understanding the historical roots of America’s militias helps modern-day members appreciate the role they play in our federal system of government. Because since inception, militi…

They were black muslims bet there will be no charges.

They are moops now. 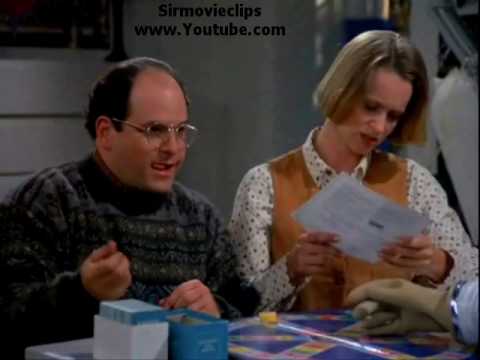