I trust you guys have been following the coverage of SHOT Show 2017. What new firearm or accessory caught your attention?

I just got home from SHOT, so I’ll share my pics after I read some of your comments.

Most definitely been keeping up with SHOT! For me the firearms that caught my eye the most is the Hudson9 and Silencerco’s Maxim9. Looking forwarded to all the Queen products coming out as well.

The Hudson 9 definitely caught my attention. I’ve seen and handled the SilencerCo Maxim 9 before. It’s interesting, but it’s a bit large to be practical, IMHO. I guess I will have to wait and see when I can spend more time with it.

The Hudson 9 I initially thought, “why?” It was being touted as a striker fired 1911 and that really wasn’t very appealing to me. Now that I’ve seen it and held it, I know it has almost nothing in common with the 1911 aside from the familiar grip. Everything else is a totally new gun from the ground up. That changed my opinion of it very quickly and now I’m very interested in learning more about it.

I would agree that the angle of the grip is about the only thing it shares with the 1911. What concerns me is the fixture of a weapon mounted light to the Hudson9. Some kydex holsters are wide enough as it is but that thing with a Inforce, streamlight, etc might be quite uncomfortable holstered. Not to mention may look obnoxious. Between that and the Maxim9 i think we may be starting to see a “Robocop” gun trend.

The new Arsenal AK for MSRP of $849. I think that it is a game changer. Arsenal have been known to make high quality AKs for a long time, and to get such a competitive price will/should knock down the prices that some other dealers have been charging for what could be construed as lower-quality AKs for $1,000+.

That is what I was most excited about.

I’m interested in The Fix from Q. Been in a bolt rifle state of mind lately so it caught my eye. PSA AK build kits were also interesting. Oh, and CZ Custom’s USA made 75s.

In my own line of work, I absolutely hate trade shows. They are there to generate hype without substance. in a lot of cases, trade-show both operators are not the expert on the subject matter. They are there to talk their few bullet points, and move on to the next attendee.

Hype, is temporary and fleeting. That’s why it’s important to understand that hype and talent are not synonymous. Don’t buy into it and make sure to stay a critical, independent thinker and form your own opinion.

The Fix from Q was definitely an eye catcher. Also the Howa HCR pretty sweet. Looking to get more into long range precision shooting. Dont really know much about Howa’s reputation though. And there is almost no info on the HCR

Don’t think it’s a “game-changer,” but it’s definitely a good development. Bringing down the cost of good-quality AK’s is always a good thing.

I very much enjoyed seeing some of the innovative products at the smaller booths. The thing that stood out the most in my mind was actually the TOPs knives booth. They had a ton of really great, American made fixed blades. It was impressive.

I managed to make it through the week without getting deathly ill, so that’s a win in my books. 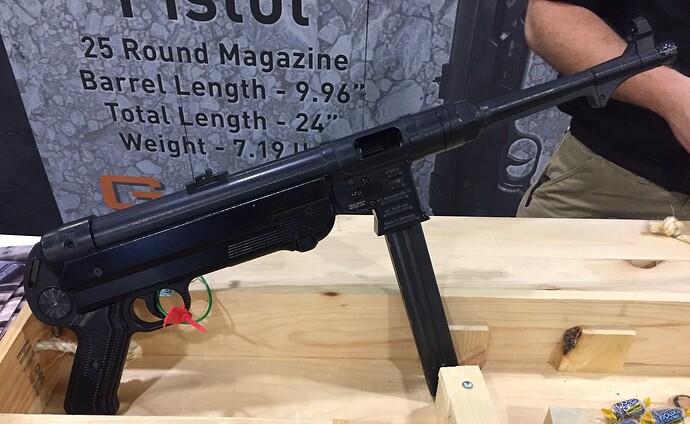 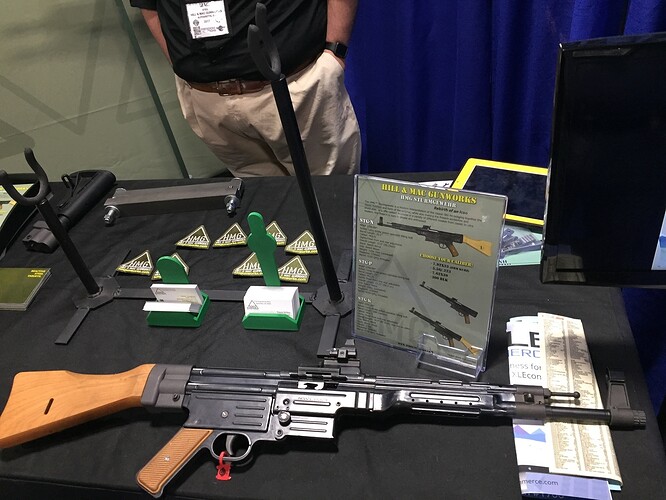 Stryk B for sure. I was wondering why the first one suddenly vanished from the market. Very interested in getting a Stryk B and curious about how it compares to the P10C. There seems to be a trigger battle going on among striker fired pistols. At first the PPQ seemed to have become king of the hill, then the P10C came along and now there’s the Stryk B. Very interesting times indeed!

I currently know how to do the following things:

Starts an interactive tutorial. {name-of-tutorial} can be one of: tutorial, advanced tutorial.

_A power has risen up in the government greater than the people themselves, consisting of many, and various, and powerful interests, combined into one mass, and held together by the cohesive power of the vast surplus in the banks. - John C. Calhoun, The 7th Vice President of the United States

You may rely on it

so other than BF (who is presently arguing with Sonny) anyone else with thoughts on Shotshow 17?
it is interesting what has won and lost so many days later.