Trench Guns: The Devastating Shotguns of US Wars

Now that the 100th anniversary has come for the US entry into WWI, and having seen numerous videos and magazines on it, I thought I’d make a thread on it. One popular US weapon in WWI was the Winchester Trench Gun, either a Winchester 1897 or 1912 shotgun with a bayonet lug and a heatshield. 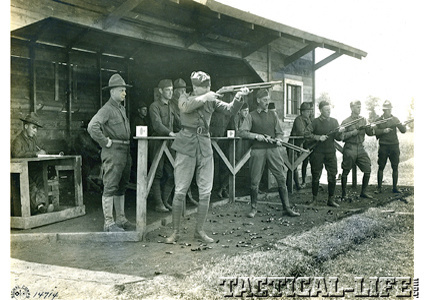 A popular story about US shotguns in WWI is that the Germans demanded that the US cease all issue of the Trench Guns and that we were violating the Hague conventions. We said no, and reminded the Germans that they used poison gas and flamethrowers first and they shut up.

I’ve read the same about the trench guns. I also read they were used in the Pacific during WWII? Anyway, I’ve been wanting a Winchester Model 12 for their history and from what I understand them to be very well made.

The Winchester Model 12 was the 2nd most popularly issued US trench gun until Vietnam. The US has used “trench gun” shotguns from WWI until the end of Vietnam. Since then we’ve issued more “tactical” shotguns, like variants of the Remington 870, and Mossberg 500/590. The Trench guns were very popular amongst Marines in the Pacific Island campaigns during WWII, primarily the Winchester 97 and 12.

Interesting info! Which was the most popular trench gun? The Winchester Model 1897? I read the MPs used shotguns more during guard duty as opposed to “trench warfare” type tactics during the Korean War. Do you know if the Remington 870 was used in Korea to a limited extent, given that it came out around the early 50s?

The Winchester 1897 was until Vietnam. Vietnam changed everything, and we went to Remington 870s, Winchester 1200s (economical Model 12s), Mossberg 500s, and a few obscure ones. But the one that stands out is the 97.

I have an Ithaca M37 trench gun, and a beat up Winchester Model 12 that I’m eventually going to turn into a trench gun clone. The M37 is a complicated beast, due to the bottom feed/eject system, but after LOTS of use is slick as grease. My Model 12 has the advantage of being a takedown. I can easily swap the stock and magazine/barrel assembly, returning it to it’s original configuration in 5 minutes. I also have a Remington “riot” gun and a Mossberg 590A1, both with bayonet lugs. For me they’re fun toys, not serving any real purpose. The “slam fire” ability of the M37 and Model12 do make them incredibly fast shooters though.

Thank You, @CzechsixTV! I forgot that one, the Ithaca M37. Those were very popular with the Marines and other Federal agencies. Yeah, that one slipped my mind for some reason.

If I remember correctly, the Vietnamese weren’t to crazy about shotguns either…

The earliest use of the Remington 870 (given the military designation of M870) is in Vietnam. I believe we still primarily used Winchester Model 12s in Korea. 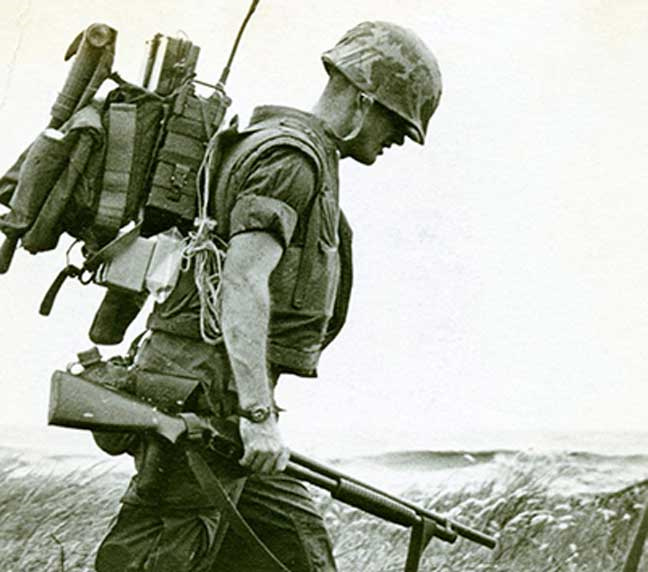 Another somewhat overlooked Trench Gun was the Stevens 520.

I have the ultra featherlight of this, but, in a trench I’d go with it in the original wartime configuration. 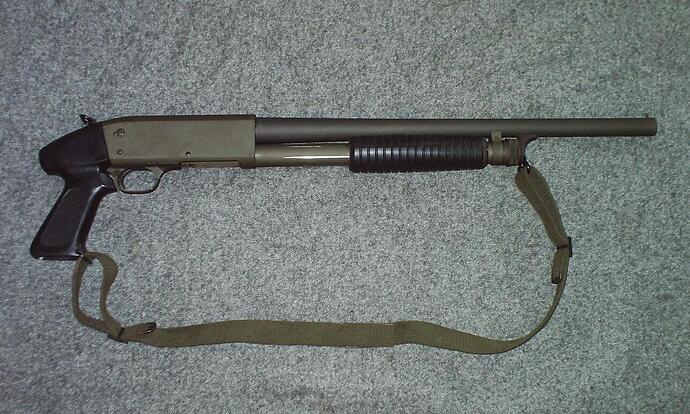 I have two Model 12’s, a 12 and a 16, They are still the slickest working pump guns ever made…balance, natural to the shoulder and good shooters.

It must be in our DNA to like trench and riot guns . I grew up shooting pumps of all makes and still can’t turn one down. Just bought a 870 express tactical for$225.

the shotgun in pic is a Winchester Model 12…