Update on my manufacturing business.

All I can say is wow, have I been busy. So how about I give you a rundown?

First up, I was tasked to design and build some 1911s for a stand-up comic named Aaron berg for his fans of his show, In Hot Water. Took me about a month to finish all of them. Now they want a matching AR15, which I’m working on.

Next up, Kevin Sorbo, yep, Hercules. He wanted a 1911 for his fans. These didn’t go over as well, which I was surprised about. 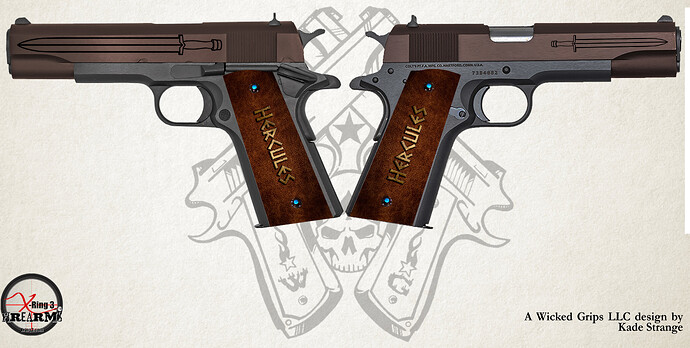 Next up, a movie producer that knows and works with Kevin Sorbo reached out and requested that I design and build several firearms for some movies that she will begin filming this fall. I’m very excited about this.

On Monday I received a phone call from another stand-up comic wanting some 1911s for the fans of his show, which I will get into more after that gets rolling.

Finally, I was talking with @Robert yesterday about another project which I have agreed to be part of. So keep your eyes open for this. Just a tiny teaser, this is the first concept image and more will be added.

That’s awesome, Dan. Quite the retirement you’ve got there.

We’re looking for a new house with a large out building. We found one and put in an offer, so now we wait. I’m tired of having machines all over the place.