It may be news to many but Russ @LonewolfMcQuade has move on from the job, not much was said but I’m sure everyone wishes him well in his pursuits

Part of the arrangement was Mark now gives @Belt-Fed a

to use, congratulations Rick!

As to category’s we would like a consensus on adding:

A revolver section to the favorite vice category

A machining section to the gunsmithing category

And for legal cases only, with topics like constitutional carry being passed in TX

a Courtroom section in open carry

To get passage on any of these we need an agreed percentage in favor, what should that be?

Is anyone of the opinion that we can have to many categories. At what point do we go into category overload. I am in favor of adding new ones and don’t see a downside. If anyone has a opinion please share.

Seems mobile users had brought up page length before, but, I could have made that up, happens sometimes

Aside form that redundancy is a potential downside , even Courtroom, articles can go in the current newsroom, soooooo, IDK

@srdiver brought up changing Pistols to Handguns which would cover a lot in one category, so which is better, Pistols, meaning automatic with Wheelguns separate or both?

A vote here for the change to (SA) Handguns from Pistols and splitting out Wheel-Guns.

Sorry, thank you for saying so, a lot of sections are requested I feel that way about and dismiss, but, this voting seems to be a good way to at least add them if the numbers back up the request

It may be news to many but Russ @LonewolfMcQuade has move on from the job, not much was said

you guys made fun of @LonewolfMcQuade didn’t ya?

Pistol thread can stay as is, seems there is wheel guns thread already. But can’t keep them all straight on my end.

Court room, is that just news or advice

not sure the latter is wise.

Are you a winner? Help Wanted

and detonics is the only one here that has the balls to say it.

It may be news to many but Russ @LonewolfMcQuade has move on from the job, not much was said 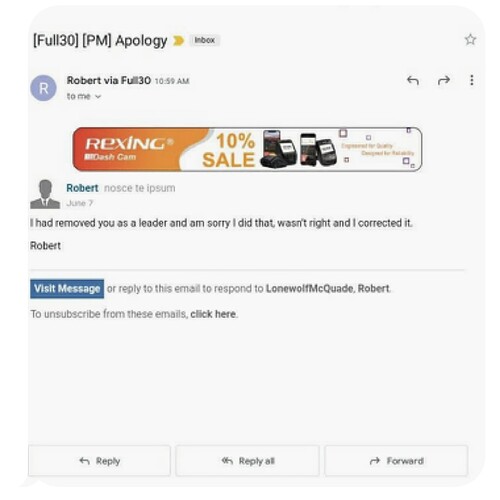 What is the meaning of nosce Te Ipsum?

In Latin the phrase, “know thyself”, is given as nosce te ipsum or temet nosce . The maxim, or aphorism, “know thyself” has had a variety of meanings attributed to it in literature, and over time, as in early ancient Greek the phrase meant “know thy measure”.

Search for: What is the meaning of nosce Te Ipsum?

Who said the words Know thyself?

What is Greek for Know thyself?

Where does the saying Know Thyself come from?

What did Socrates mean when he said Know thyself?

Why is know thyself important?

Self-knowledge makes you independent of the opinions of others. … Independence and self-awareness is also linked to confidence. By knowing who you are and what you stand for in life can help to give you a strong sense of self-confidence. In order to be yourself , you have to know yourself .

I’m sure that this post will soon be taken down and deleted, and I will be banned from Full30 for life. However I personally think it’s better to be honest and tell the truth as to why @LonewolfMcQuade is no longer a moderator. Might I suggest that this thread be posted in the Lies all Lies thread.

I’m sure that this post will soon be taken down and deleted,

Probably should yes, its dirty laundry and serves no purpose other than to attempt to agitate an already sad situation, I work diligently and patiently with everyone, Russ is no exception, he’s your friend and you wish to stick up for him which is priceless.

I agree and I did, not much was said, if he and I were able to minimize this and both move on without insults or injury I pray you can respect that, delete your post of your own accord, I’ll do the same and we’ll move forward and direct our energy where it is needed and will accomplish some good.

Yes, but we have to make small corrections, too drastic and we’ll change the url links to embedded posts, they’ll end up 404 links (can’t be found) so some tuning for growth, even adding redundant categories may be helpful, and no one category seems to serve, we could try a Military category for some perhaps, but then something that fits but is not military will pop up

Anyhow that’s the intent here, make room for growth and tailor fit areas to suit personal taste, some people may only like revolvers, not a bad idea to sort those for them is it?

Yes, but we have to make small corrections…

I understand, but we should at least have the basic categories of firearms that most enthusiast and people in the industry use before we add redundancy.

One small addition that would help a lot would be to add a, “Centerfire” section.

A section that I would like to see added to the, “Gunsmithing” section would be 3D printing. 3D printing is getting a lot of attention these days. If you add a place for people to freely share files, I all but guarantee that more people will be attracted to this platform.

Congrats Mac, this mean i can’t call him a a big sasquatch injun anymore?

Too many categories on a website makes it a pain to use. I have been on sites that i wouldn’t join cause they had so much BS to go through.

That I like, maybe when this round is done and we have digested the feedback we’l have a round 2

I can agree, too much is too much, that’s why we’re discussing it, get a consensus on what to do

Fixed it. What I meant to say was that we should have:

…and Wheel Guns, I guess.

Again, I also think that, “3D Printing” (with the ability to share files) would be a very good thing to add to the, “Gunsmithing” section. Unless you don’t want “those” type of people around here… which I can kind of understand.

Wheelguns…of course! Just take a look at how you split out rifles - more than I would, but still ok. There are those of us (myself included), that really like revolvers (though not limited to just them).

I did not split up rifles into different categories. It was like that when I got here. I am suggesting that we ADD a Centerfire section for people that want to post about a rifle other than Gas and Rimfire. If you would like to REMOVE the Rimfire and Gas Rifle section, and replace it with just a “Rifle” section, I would absolutely be onboard with that. Though if you read what Robert wrote:

Yes, but we have to make small corrections, too drastic and we’ll change the url links to embedded posts, they’ll end up 404 links (can’t be found…)

…that does not look like a solution that the mods are willing to entertain.