My daughter works taking care of cattle and is known as a VIT for vet in training,

Tuesday she had an emotional roller coaster as she was the only one around when a calf was being born, having studied up she dug in and helped to pull him out, he’s now doing very well, completely different experiences than I had @ 13 (Praise God) , once she had helped to do that she reached in its mouth and pulled out all the… gook

then loaded him on a sled, dragged it to the barn and after awhile got him on his feet and nursing, pretty awesome stuff 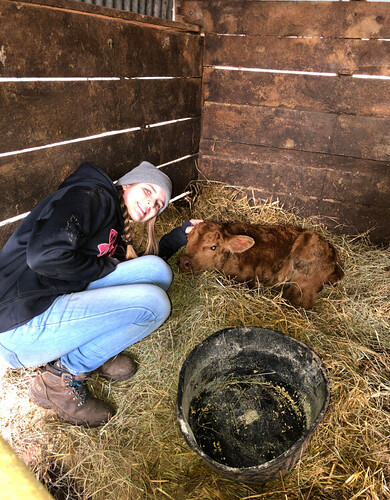 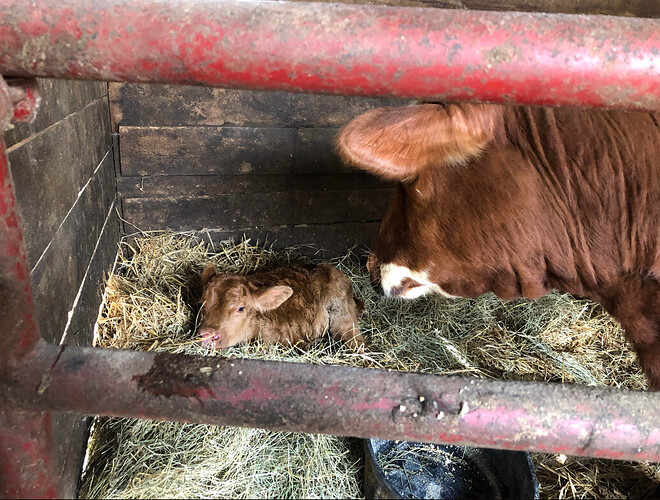 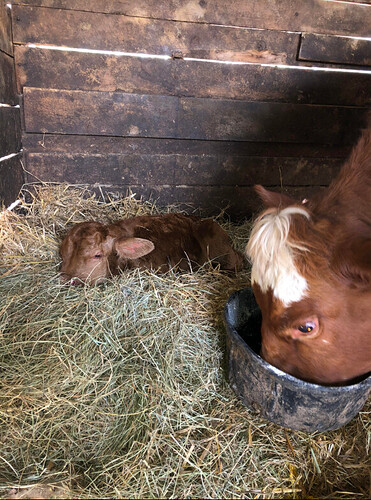 You must be proud. She is learning useful skills and self sufficiency

Very cool, you have to be proud dittos on what the chief said. I have seen that go badly and a grown man lose his diner doing that.

Parenting dun right! Congrats to you and your wonderful daughter!

A great big double thumbs up to your daughter!! you and your wife must be very proud of her!! excellent job

Great job and someone to be really proud of. I know what kind of cow that is.

@Robert thanks for sharing this great event.

There’s a lot more to it as always but we are very appreciative, its a struggle trying to keep her from other influences, she had removed her fake fingernails just two days before, we’ve been allowing things yet trying to explain them as we see it

We know many things can’t be simply taught by being told, they must be learned,
she came to an understanding in her own time about the nails being fake, removed them,
then when this happened she said that reaching in that calves mouth to clear the gook would have been dangerous with long nails, she was delighted with her decision

She wanted veterinarian books for Christmas (Santa brought them) and when we ride to town she reads them, she says those books gave her the knowledge to pull when the cow pushed and to clear the calves mouth, so, praise God she reads books!

Good job, all of you. To me, teenage girls are the most confusing things on the planet, my nieces, baffle me. When my 17 year old niece asked if I wanted to see her tat and none were visible, I said no, when she told me her dad (my brother) designed it, I just shook my head.
Vet techs were always in demand when I was in the horse biz, and she has already learned a good life lesson as well. Kudos to all.

Well we’re told large animal vets are in short supply, she loves working with cattle and has already been shoulder deep in a cow and banded a steer,

this new one will be her next 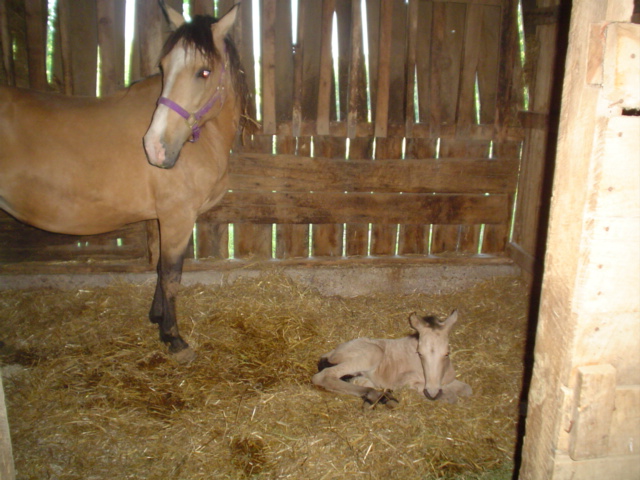 I have not worked with a lot of cattle but this was the last delivery I did, the only reason I have pictures is the owner sent a bunch to me, she was freaked out and I spent the night in the barn waiting for the new arrival. Large animal vets are always in demand, and FSU has a great program

My friend’s oldest daughter (almost 15yo) who was at that shoot last weekend, has a mare about to foal. Last year she lost the colt and had invested her own money for the breeding, which she did again this year. She spent a night in the barn thinking that the event was going to happen, she was telling me. I looked at her father and asked, that barn heated? He says nope. It is not all that warm here at night and wasn’t on the night she spent the night in the barn. I could see the excitement in her eyes when she was telling me her story. The lessons are so valuable that these young people are learning. To date, she is still waiting.

FSU has a great program

I can also recommend UC Davis.