Hey guys I’ve been thinking about purchasing a new rifle for hunting coyotes and wild boar. Any suggestions on what rifle I should buy? Thanks in advance

Ar15 is my preference. Whats your price range?

I have an AR but I’m making it tactical and I might have take some stuff off because of regulations in my area to use it for hunting, and guns are my drug so I’m always looking to buy another one

I’ve thought about about AKs. I wouldn’t be shooting anywhere near 400 yards. most of my hunting places are wooded and if it is a field not any farther than a hundred yards max.

Mossberg Predator would be a good choice…

If you really want to you can get a hold of a DDI for cheep or an sks.

Where are you finding DDI stuff or an SKS for cheap? I havnt seen either in a long time.

After living and hunting in Hawaii (big island)where they have a huge ferral hog problem.I recommend whatever you can afford with sum stopping power! Shotgun with sabo or slug works! Wild boars?

Savage M12 LRP in .260 Rem and a beautiful scope. Use a load with the Norma 156 gr Oryx bullet for the hogs. A nice ELD-X Hornady for the coyotes as far as you care to try.

I recently built a Ruger 204 in the AR platform . . . I haven’t had a chance to take it out and shoot yet, but I’m expecting to either use it or maybe even my Grendel for varmints.

Might be worth looking at HK416. In 5.56 ammo
Any of the AR platforms would definitely do the job . I travelled to Poland using a Howa 1500 bolt action in .223 accurate but follow up shots slow!

Pig facts,wild boars… just boars if it’s a boar it would be wild(not domestic)
If its a domestic that escaped or the offspring of said escapee it’s a ferral hog
but not a boar.If I’m not mistaken boars would be a Europe only thing.
And then there is hog wild but that is whole other thing!

I know a dude who says as long as it’s a clean hit a 223 will do the trick. Of course this dude carries a 32acp so… ya know.

Some 77 gr. Black hills will put a boar down.

I know a dude who says as long as it’s a clean hit a 223 will do the trick. Of course this dude carries a 32acp so… ya know.

I will say I’ve never tried. I was amazed that a S&B Soft Point 55gr went cleanly through a length of 1/4" steel “U” beam I had hung as a rimfire target at 100 yards. 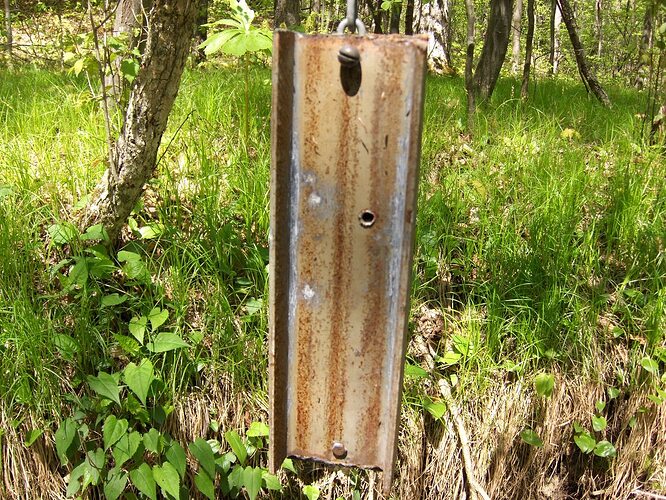