For decades no one ever acknowledged “my” veterans so today when they do thank me I just don’t know how to act. I just say “Thank You”. It’s appreciated even if decades late in coming. But I definitely don’t have the habit of thanking troops in uniform and I feel funny doing so. I had their parents six and their children have mine today. This is my way of saying the older gent in the video could be me. I suspect it could just as easily be others on the forum as well.

Have a great Veterans Day to my brothers older and younger no matter where you served.

Have a Great Veterans Day, If you didn’t do what you do we couldn’t be here securely doing what we do. Also thank you to all your loved ones who are going through it with you.

wow bro way to choke a guy up

Definitely brought tears to my eyes. Thanks.

Choked up watching that. Would like to share that with my Uncle Billy a Marine Sniper who served two tours in Vietnam and survived the Battle of Khe Sanh.

Equin, I got it from youtube so it’s in the public domain. I just got rid of the dropbox link and linked to it in youtube.

Yeah guys, it did the same thing to me.

I used to feel awkward when people would say, “Thank you for your service” because I never knew how to respond and didn’t feel as though my service needed acknowledgement. It took me a while to realize I should say something in return so when I started to respond up to now, I typically give a quick “thanks” or “thank you”. But I really don’t feel that’s proper. I do like this video and them saying, “Thank you for your support” in return. So I might have to start going with that phrase -seems classier and more in line with what others are saying to me.

And I’ve struggled with this one, but… I don’t say “Thank you for your service” to other Vets unless they are much, much older than me -and then it’s more as a strong sign of respect for my elders who’ve served. I don’t know why, but it doesn’t seem natural for me to say “Thank you for your service” to a fellow Vet of the same generation or younger than I.

I used to feel awkward when people would say,

Do know where you are coming from with that little statement - and I do like “thank you for your support” having never really thought about the best way to respond. Awkward was an understatement - how do you respond when you were only doing what you felt was your duty to the community as a whole. I was apt to thank an actual civic worker - to me they are the ones, day in and out living their job.
I actually thank the “campys” (a term given to the people that feed, clean up after and make the beds at work camps), they not being my mother or wife but clean up or feed me when I am away from home are other unsung heroes of life. Otherwise it would be me on the mop…

Thank you all of my brothers and sisters, we’re all family.

I always respond thank you for paying my check…
It gets a laugh everytime and makes us both feel better. 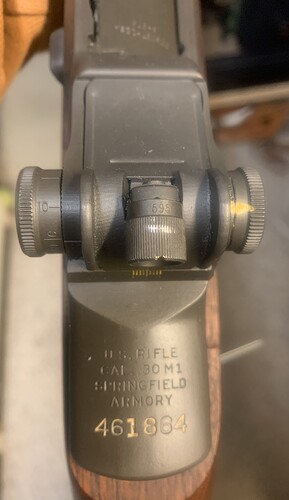 Some of the firearms used by our veterans, I salute you all and thank you for your service.

I used to feel awkward when people would sa

My generation was pretty much guaranteed a vacation to SE Asia. All the stories on the news were horrifying and I was terrified about having to go there. Especially when I didn’t believe in the cause. Luck put me in supply so that when I did go I wasn’t a combatant. So when people thank me for my service I surely feel awkward. I don’t feel like I served, I feel like I had to go. Sometimes I tell them that. As for thanking others I most often just offer a hand and a thank you if they are in uniform. I do it to the police, also.

Most at the SE asia games served in support roles so don’t feel like you’re unusual. You still served.

As a RA I got to choose my training and my training said that I could choose where I was sent. I chose to serve in W.Germany during that time. I had a combat MOS (12B2P) but I never saw incoming bullets. I still served too, just not in combat.

You’re part of my Dad’s generation. My Uncle Billy, my Mom’s brother, was the only one in the family who volunteered. My Dad didn’t want to go, either, but he was drafted after he finished his residency. Apparently, every medical school grad was supposed to be drafted. So my Dad had to go.

He was lucky, though. They gave him a choice of a year at some Army medical unit in Saigon or three years at Tripler Army Base in Hawaii. He chose the three in Hawaii. I was 3 years old at the time and lived on base. I remember thinking how cool it was getting to see Army helicopters all over the place, but I digress.

My Dad felt like you, like he didn’t really deserve to be thanked for his service when all he was doing was treating the soldiers who had been doing all the fighting in Vietnam. That may be how he feels, but I still consider him my greatest role model. With his medical degree, he could’ve easily immigrated to Canada, Spain or any other country to dodge the draft, but he didn’t. He told me about some other guys getting deferrments and doing what they could to beat the draft. I know it was a different time and a very unpopular war. So I can’t judge those who did dodge the draft, But I’m grateful to my Dad, you and others who served, regardless in what capacity that may have been.

I may have not stated my real intent. It’s not that I didn’t feel like I didn’t deserve the thanks because I wasn’t on the front lines. I just want others to know that I wasn’t there to serve my country, I had no choice. I would have never inlisted if I thought I had a choice. My mind set was more aligned with Arlo Guthrie. If you don’t know what that means, listen to “Alice’s Restaurant”. It is really a good laugh. Anyway, I went and don’t feel undeserving. I just want them to understand.

You can get anything you want at Alice’s Restaurant, except for Alice.

I’m at IHOP, a kid just thanked me for my service and commented that there where no old Army guys or Marines. Sure enough everyone above 55 here is a navy guy…

One thing that my father taught me was that you always respect those in uniform. I am the first generation of my family that didn’t have a draft.

My great grandfather served in WWI. Grandfather WWII. Both of them enlisted and went to war to fight for their country even if that meant that they were going to fight against their family still in Germany.

My father enlisted in the Navy during Vietnam. My sister, mother and I have him the picture Reflections by Lee Teter for his birthday one year. I remember him telling me when the first gulf war started that every time a politician talks of war, I should look at that picture to see the real cost of war.

After he died, my mom and sister gave me that picture out of his office. It is in my office now. I often ponder what he said that day. He never did make it to the memorial even though he was in D.C. all the time for his job. He said that he was not strong enough to visit it.

To all those that serve or have served. Thank you. You deserve more than just one day.

One is enough, I’m leaching food all day… the way I eat more than one day would heavily tax the food supply