If this is too off topic for this forum then I apologize ahead of time to the mods who have to deal with it. What are some video games that gun people might like? Post a breif description,what console its on and maybe a gamplay trailer if you want. Please do not post about games that are not gun related at all.

“Metro 2033 is a post-apocalyptic first-person-shooter, set in the underground community built in the ruins of a Russian municipal train system, based on the best-selling novel by Dmitry Glukhovsky.”

The game takes place in Russia 30 years after a nuclear war. The whole story pretty much is the main character trying to get to his people warn them of a coming threat. The surface is destroyed and toxic ,you must put on your gas mask and change filters regularly when up there, other then that you are moving through dark metro tunnels. There are only a handful of guns ,most cobbled together makeshift style guns but there is a nice revolver that you can customize and an AK in 5.45 (that loads more like an ar15 with no rock and lock). The currency system is ammo and it takes a little getting used to but overall a great game for those who like linear horror fps type games with a deep kind of depressing story.

"The game follows the story of Joel, a middle-aged black-marketeer, and Ellie, a brave teenage girl, as they work together to survive in cities reclaimed by nature, decimated by plague, and littered with gangs and other hostile survivors.

Two decades after a cordyceps-type fungus has infected millions, nature has gradually retaken the abandoned cities and towns. Survivors are hemmed inside quarantine zones, completely under the heel of the United States military, with order and screening for any infected being viciously maintained under martial law. Joel finds himself responsible for the young Ellie, whom he has promised an old friend he will get away from the harsh regime to a resistance group known as the Fireflies."

This game is much more about stealth but there are plenty of guns with a very limited amount of ammo. The storyine and characterization was fantastic. Theres really not much unique about the gameplay though. 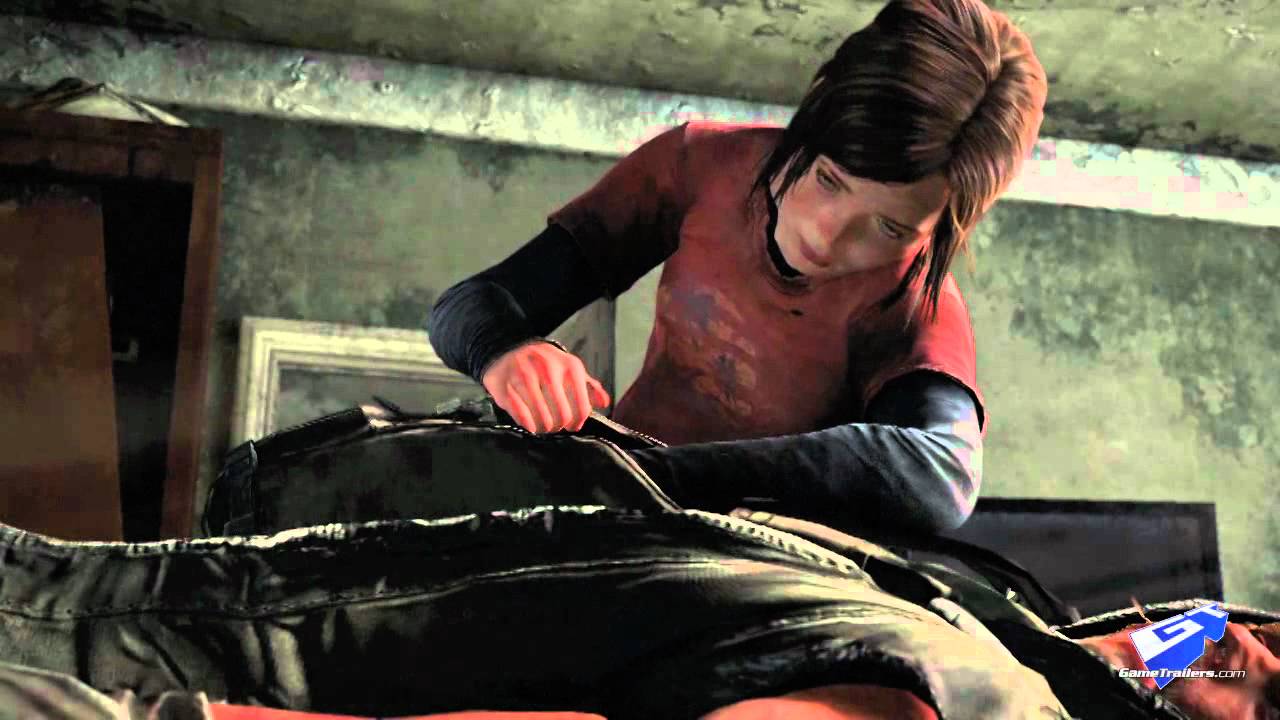 Duck hunt for the original Nintendo!

I need something along the lines of nap tycoon.

007 Golden eye for Nintendo 64!
Or and here is a rare one. Concur’s bad fur day!
Not to leave out DOOM ether.

To be honest with you that was the last video game I played.

The Max Payne sequel is about a detective who was framed for the murder of his wife and daughter. Traumatized by this event and tormented by his past as it developed in the follow up events he goes on a quest for revenge and seeks his own rather out of the box form of justice. What is special about this game series is the ‘bullet time’ feature that slows down time and allows the player to dodge into gun fights, which creates very epic scenes. Max Payne is available for every mainstream OS as well as concoles. The setting, guns and opponents are of the realistic variety. Story writing, graphics and gameplay are phenomenal. The gameplay aka controls in the third installment are a bit tricky though. What sets MP apart is its originality, superb level design and the fact that you really get to care for the main protagonist and his suffering.

The F.E.A.R. sequel is about a fictional top secret government agency that deals with acts of terrorism and heavy organized crime aka illegal industrial activity and cover ups involving paranormal activity. F.E.A.R. stands for First Encounter Assault Recon and is a special forces unit outside the established chain of command and specifically tasked with investigating and countering these issues. The main protagonist in every installment is a point man in a F.E.A.R. team and is paranormally gifted, which as opposed to his team mates gives him the ability to get a better understanding and more profound experience of any encountered paranormal activity. Usually ghosts, undead and other phenomena, but more specifically the most dangerous antagonists Paxton Fettel, a somehow reincarnated or ghostly projection of the protagonist’s alleged brother and a woman called Alma, which was the mother of both and who as a child was forced into an artificial pregnancy by an evil armamements corporation under a highly classified government contract with the goal of breeding telepathic commanders and clone soldiers to eventually replace or supplement conventional standing armies. Throughout the game Alma’s goal is to cause serious havoc and destruction to her wrong doers, but she’s so enraged that she’s not capable (or willing) to distinguish between those who harmed her and everybody else. Morality of the story aside, it is the protagonist’s job to put an end to Alma and Pexton Fettel who as telepathic commander of an army of clone soldiers that went rogue aides her in her revenge and activities. The whole storyline is very original, graphics and overall design are great, so are the weapons used (although most of them are fictional or semi-realistic). F.E.A.R. incorporates a similar functionality like the one used in Max Payne called slow motion, which as in Max Payne creates a very dramatic scenery and overall highly thrilling combat experience. F.E.A.R. is available for PC, Playstation and Xbox. This game is smart and you need to keep up with intell feeds that can be found throughout the game in order to understand what went on behind the scenes in the grand scheme of things aka what was actually covered up by all corporate and government entities involved.

Return to Castle Wolfenstein: Enemy Territory is a PC game about an OSA operative in WW2. The goal is to sabotage and ultimately destroy the Nazi effort to resurrect, through a bizarre and seamingly far-fetched combination of advanced science (including robotics) and the occult, a German Medieval tyrannical prince possesed with dark supernatural powers that he used with evil purposes with the presumed objective of winning the war for them. The main protagonist is a US Army Ranger and the player needs to pay attention to secret areas located in the levels throughout the game that usually contain some form of essential general intell, messages or artifacts that give you a better idea of what the Nazi effort (codename Operation Resurrection) entails. Like Max Payne and F.E.A.R this game is a classic among classics and very satisfying. Guns used are both fictional and actual historic weaponry that is pretty accurate. The available array is vast which guarantees alot of fun! You have everything from knifes to conventional and historic armament such as Thompson to FG42 to flamethrower, to odd ball fantasy weaponry designed by the Nazis that aid your mission. Great game!

Max Payne 2 is a ton of fun by the way as it incorporates countless hilarious moments with enemies acting and talking like half-wits. Also, fragging them and/or shooting them up usually leaves them lieing dead on the floor or elsewhere, stuck in weird, highly unusual places and in awkward positions. This installment is sooooo cool, EPIC. Highly recommended!

I think my favorite part of that game was the slow motion feature you could use at will. Good game.

You mean F.E.A.R.? I loved using slowmo with the shotgun at close range or nail gun at longer distances. SICK game, lots of blood and gore. Well-designed, awesome gameplay.

F.E.A.R. is probably the most underated game of all time. Parasite Eve for PSone was also pretty amazing for a game fom 1998 lol

Wholeheartedly agreed. Both Max Payne and F.E.A.R. were/are grossly underrated and I’m getting a slight hint they’re not really well known with the larger public as everybody seems to focus on CoD etc. Mostly the youngsters, so to speak. Me, I’m an old fart and stick to them games from back in the day… Haven’t gamed in many years though but I’m sure I didn’t lose my edge. I’m simply too busy.

Max payne was pretty good but it bored me after a couple hours. I like older video games but Im only 28 so I cant say im old yet lol.

Well, to each their own I guess. Personally I couldn’t imagine myself ever getting bored with MP. That sequel is insanely good and entertaining.I enjoyed countless hours playing it over and over again.

Btw, there was one CoD installment that got to me! The one in which you could choose what decision to make and thus influence the course of the game. I’d like to play that one all over again, experiencing each course of action and see all the variables. I always wondered what would have happened if one chose to follow the other path. What annoyed me as a result was the lack of manual save options to allow for a re-run of the game and assist in such. You couldn’t ‘capture and save’ the turning points. I’m a ‘what if?’ curious kind of guy who likes to pay attention to a story, so that really would have been a nice feature. 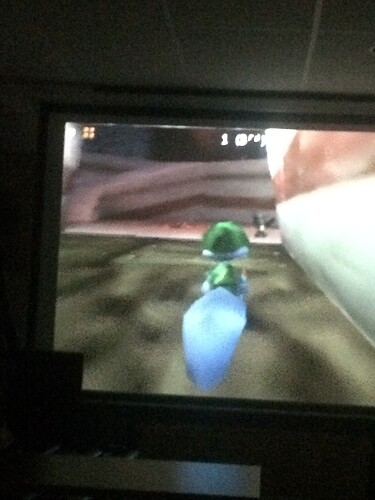 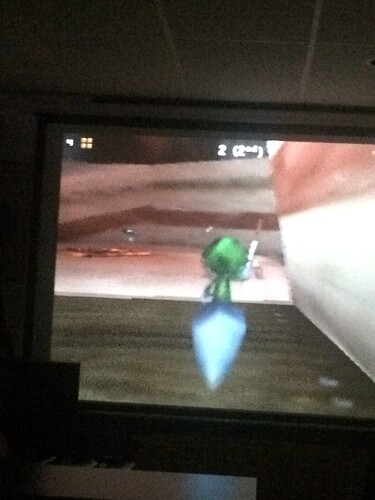 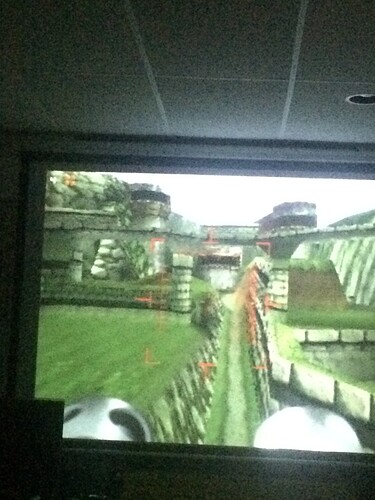 Should be obvious what I like by my username.

I used to be a vintage game collector but got out of that business a short time ago. Would rather spend money on other things. Now I spend what ever time I have on games playing stuff like Borderlands series, Fallout 4 and Elder Scrolls games.

For a realistic video game suitable for actual shooting practice, the old Namco light gun games are great.
Very accurate, fast and fun.
Also very difficult, so park your ego at the door.
They will definitely sharpen your skills.
Unfortunately they only work on the old style crt televisions.
Yup I still have one just for this purpose.
About the only place to find them is occasionally at Goodwill or garage sales.
The games themselves are often available on ebay for a few bucks.
Just make sure the game also has the light gun with it.