You can pan view to look around with your finger, kinda neat.(I thought so anyway)

bet we’ll see a lot of that in the future, followed by holograms

In less than a year now, we may have even better than holograms! Virtual virtual-reality Civil War II.

If you have a virtual reality headset and the appropriate browser, you should be able to put the headset on and just look around.

oooo nooo, next gen web surfing, we’re in for it now

Yeah if the DSA/dnc communists keep pushing like they are. Problem is this time there won’t be a reset button.

Google has released a VR version of Google Earth, that allows you to look at ‘street view’ with a VR headset, in the same way that you can look at this Civil War video with a headset.

There are some groups pushing for Virtual Reality Tourism, with at least one group in Japan claiming their goal is to allow the elderly to take trips in virtual reality, that they are no longer physically capable of taking. The VR tourism can either be something similar to Google street view’s 360 degree still photos taken at intervals along a street or trail, or full video with sound in a 360 degree format similar to the Civil War video here. The tourism video can be a series of videos spliced together and taken with the camera set on a tripod in each one, or the camera can be moving as a person carries it or is mounted on a vehicle.

Some of the tourism videos, along with other types of virtual reality videos, can be found on youtube by searching for ‘VR 360’.

There are already web browsers for the VR headsets, typically using a (virtual) laser pointer in your (virtual) hand, instead of a mouse, for pointing and clicking on a virtual display that hangs in the air in front of you (some of them allow you to set the size of the display, from the size of a desktop monitor to a theater screen, along with the virtual ‘room’ you are in). It’s only a matter of time until websites start being written to support viewing them with some form of virtual interaction.

I did a VR headset, must have been 25 years ago, the program was cheesy, stick figures in a hallway

what was not so cheesy was removing the headset, sounds, smells and sights rushed in and I realized at that moment, coming out, how deep in I was

Unfortunately I have to deal with this type of stuff at work they are called “smart glasses” and it sucks big time! 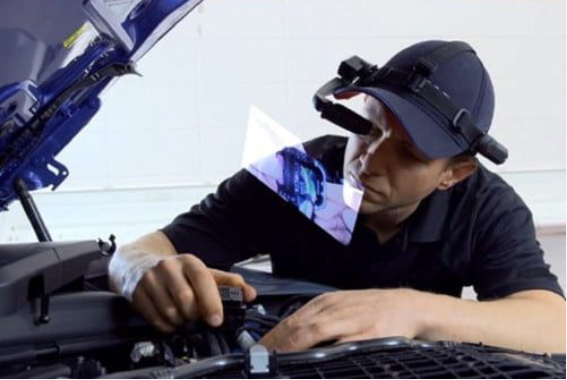 yeeash Jordy, that’s creepy, I can’t stand seeing people with those dongle du dads in their ears, this wont thrill me when I go to KFC or, the traffic officer is wearing them

The virtual reality games have improved.

yeah, can see that one sucking you in, get dizzy watching it 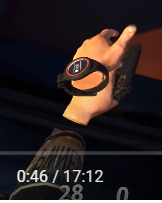 There are still some imperfections, but they can easily suck you in.

That video (and other videos showing people playing games) doesn’t quite match up with the perspective of actually playing them (camera seems to be off just a bit from where the player’s eye would be).

Shooting handguns is very similar to shooting them in reality, since the controller has a pistol grip and a trigger button. You don’t get the feeling of recoil, but the controller has a small vibrator in it, that pulses when the gun is fired, almost fooling your brain when you get fully immersed. That particular game doesn’t seem to attempt to replicate the hand movements of reloading, as it only requires you to press a thumb button to eject the magazine, then move the gun to your waist to load a new mag and chamber the first round. Some other games did a better job of replicating the process of reloading, requiring both hands to insert a fresh mag and chamber the first round. Aiming is very realistic, and can be more difficult as your hands start shaking during some long, more intense, parts of the game.

Where the realism fails, is using rifles or shotguns. You don’t get the feedback of having a solid object keeping your hands at a set distance from each other or your shoulder, so the sights can easily float around as you lose the alignment with your hands. There are a few ‘stock adapters’ available (including 3D printer files for making your own). They are used with a single-point sling to keep them easy to find when transitioning from having your hands free doing something else in the game, to using a stocked firearm. The transition is still a little awkward, and magazine changes tend to be a little slower with the stock adapters, but the feedback of holding a solid object with both hands (with a crude stock) is a huge improvement in aiming.

There are some games that are simply simulations of being on various types of ranges. Range Day VR seems to be the most serious (of the ones I have seen), providing a selection of ranges and guns, and focusing on realism. Some other games make an effort at realism in handling the guns, but add some goofy aspects to make the range more entertaining.

Other games allow simulating small unit tactics, offering a multiplayer mode that can be used for training with your friends, without the neighbors calling the cops about guys running around the suburb with guns and plate carriers.

Do the ‘smart glasses’ have an option for linking them to a borescope?

The small screen on my borescope is my biggest complaint about it, and dragging over a portable workstation (laptop on a roll-around stand) to use the shop’s borescope is way too much of a hassle.

Nope of course you can’t do that. That would actually help LOL.
I have the snap on one. For all intransigence purposes it does the job.