Wait, what happened to the millions killed by the AR15?

We’re talking about 297 total deaths for the entire year of 2018 in a nation of 326 million people. This is literally less than one person per million.

Furthermore, the AR15 makes up about 20% of all rifles, this comes out to about 59 total.

But wait, the media has been going off about how the AR15 is killing thousands in mass shootings like every other day.

Now answer this, either the FBI is lying, or the media is about all the mass shootings due to the AR15. Is it possible you’ve been lied too?

Our facts are hiden and banned by the rat run media
Eradicate demonrats by any legal means.
Too bad it’s only OK for them to violate laws.

facts are hiden and banned by the rat run media

Its a bit deeper than that, the people tune in what they want, or, rather, what they need to comfort themselves

That seeing they may see, and not perceive; and hearing they may hear, and not understand; lest at any time they should be converted, and their sins should be forgiven them.

Therefore speak I to them in parables: because they seeing see not; and hearing they hear not, neither do they understand.

Wait, I thought garlic and sunlight was for vampires, and AR-15s were for zombie hordes?

Any effective propaganda has to have some basis in reality (a sprinkling of facts). They just include what few facts they think will get lost in the jumble, or that they think they can twist to support their argument, but if you dig enough, you can find those facts in their statements.

‘Assault weapons’ and ‘high-capacity magazines’ are used in only 11% of mass shootings (and mass shootings account for less than 1% of firearm related homicides in the US).
https://everytownresearch.org/documents/2015/04/analysis-of-recent-mass-shootings.pdf/

Tires are much smarter, more useful.

As the saying goes:

Conservatives get mad if you don’t tell them the truth.

Liberals get mad if you do tell them the truth (preferring instead, a good story).

Thanks for the links.

On both of these two links (table 20), is it just me, or is Florida missing?

On both of these two links (table 20), is it just me, or is Florida missing?

Yes, I got that, thanks. And, on what I see, Florida is missing on both of them. Not sure why, though.

And, for what it is worth, Guam is on one and not the other.

And, no overall totals.

Still, quite interesting. Thank you for sharing these with us, Dan.

Not to play the devils advocate, but to be a bit more fair. I would bet the “firearms type unknown” category( almost 3000 non- categorized firearm deaths) would have to include at least %20 AR15 variants, and could be up to 50% long gun conversions. Especially with sawed off is a part of pulp culture.
Still even if figuring in those, it does not come close to the Medias portrayal of “assault rifles”.

You cannot guess with data. You go with facts and the facts say 297 deaths from rifles. The moment you interpret or guess with data the numbers become irrelevant.

You have the wrong avatar 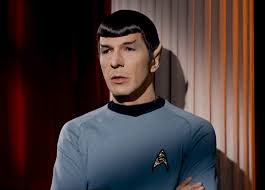 The moment you interpret or guess with data the numbers become irrelevant.

I agree, I would rather stick with firm numbers. I’m not sure how the unknown is categorized. What is considered an unknown, does the cop look and say, I don’t know, or was the type not included in the official police report. If that’s the case, I would have to guess, every mass shooting is going to include a type in the report, they know ever aspect is going to be looked at under a microscope. 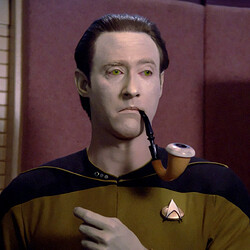 What I find kind of funny about this is that I am old enough to remember adults bad-mouthing the M-16 as a “mouse gun” and the “M” stood for “Mattel”. That it was incapable of warfare because it was so small and underpowered; some even saying at least the .30 Carbine was less prone to jams and fouling.