What Democrates think? Only the Rich should have guns?

A left-leaning Representative from Illinois weighed-in on the national debate surrounding gun control and mental health Wednesday, bizarrely suggesting that only “rich people” should be able to purchase firearms.

Rep. Danny Davis was speaking with Sirius XM’s Kerry Picket when he was pressed on his proposed legislation that would impose a 50% tax on firearms and ammunition; saying the money raised would be funneled into violence prevention.

“Some would argue that guns and ammunition would only be available to those with money,” said Picket.

“But if rich people were willing and would continue to pay the high price, then I’d be happy that we kept the other group from getting them,” he added.

Listen to the Representative’s strange suggestion below:

Only working class should be able to vote

What a douche! It’s exactly the opposite of rich people that should have guns. Guns balance the power between the rich and poor, or government and people. If only rich people have then they have ALL the power. NO! Just NO!

Silly Rabbits.
You elected the Plutocrats
now you are perplexed by how to deal with plutocrats
history teaches this…
Guillotine and Rifle are always the methods.
Now the plutocrats are getting rid of the Rifle and the Guillotine (public executions require all of the people to band together to take back control)
We will be slaves because we try to use methods other than the Guillotine and the Rifle.
You argue over what Plutocrat is the one that will protect your rights when in reality both parties of Plutocrats continue to rob them or thru inaction allow them to be robbed.
What method do you have that is working to change this?
In the past they told us to eat cake. Now they tell us that they are handicapped by civility and the law. Yet they don’t enforce those laws unless its against us.
Wake up, join a militia and start putting as much pressure on your Plutocrats as they are putting on you.
Freedom is about to be a memory and inaction will be the horse it rides to victory.

just plain stupid and shows a failure to learn from past mistakes and a sense of trust baby accounting.
When you tax something to make it legal beyound the social economics and it is cheaper to buy it illegally than the have not’s will simply buy it illegally.

All the documentation, including the taped part, is the most oblivious, redacted brain I have ever heard from a politician. @Grenz45 provides a great intro and link to the interview, I think I detected a similar feeling on Kerry Picket’s voice and clarification, stunned that Danny Davis needs to prove he passed the 3rd Grade.

The intro was from Shaun Hannity’s staff.
I agree with it but cant take the credit.

No worries, you showed Hannity an audience, thanks

I’m no fan of plutocracies, but for a political party that likes to bash the rich so much that makes no sense.

Equin don’t be silly, you are thinking small fries. If you truly want to control the people you label the people who ONLY have money as evil. MONEY AND POLITICAL power are Plutocrats.
Democrats have created cites to imprison and enslave minorities under government control.
Next they tell the unhappy masses that its all the fault of the wealthy people who are not politically aligned with the party OR who represent another belief system IE… Capitalist vs Socialist.
Now the slobbering masses are mad at the people who give them jobs and NOT the Plutocrats. The people are suckled from the government teet and everyone is kept under control.
Finally when enough public outcry is formed you re-write the constitution taking freedoms from everyone. Anyone who doesn’t agree is labeled Domestic Terrorist or crazy. Their rights stripped and imprisoned or killed.
You take all the money NOT under control by the Plutocrats and give it to the Plutocracy sealing the deal and ensuring COMPLETE control.
Its very simple and not at all hard to understand.
Study up on how its been done in the past and it will make sense. 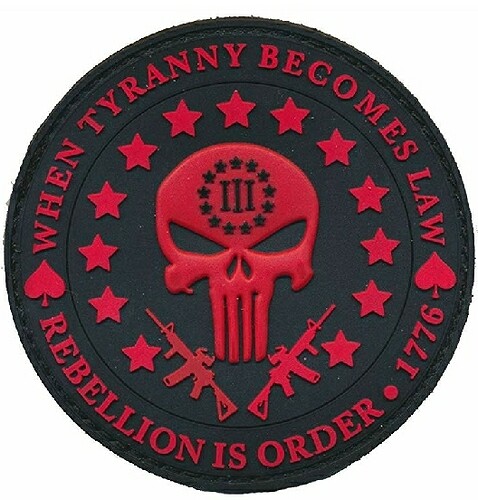 …for a political party that likes to bash the rich so much that makes no sense.

Sure it does. “We want only rich people to have guns. That way, when we also eliminate rich people, no one will have guns.”