What do i do with this thing?

This is my first post, not sure if this is the right place, but didn’t see a Dazed and Confused category. So, my aunt gave me a few guns some years ago when she decided that she would not shoot any intruder who came into her home. A 20 ga. shotgun, and two .22LR. These were old guns her son gave her. This is one of them. A Marlin 2000. I have not done anything with it, and thought I would keep it as a sort of decoy gun in case I ever got raided and had to justify why I have a gun safe. I also thought it was ugly and heavy. So, from what I’ve read, single shot bolt action. This thing appears to be missing a rear sight also. It has an extendable butt plate for length of pull, height and angle. Anyway, this large blue monster is just taking up space now. What do i do with it? Is there a gun graveyard or something for old guns? Do it sell it for parts? Is it worth anything? 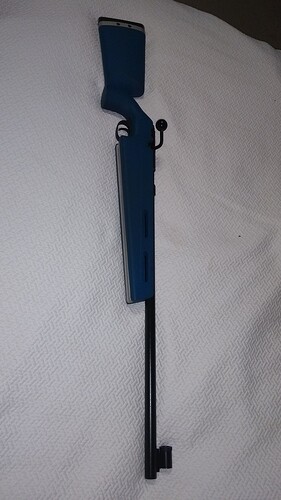 my aunt gave me a few guns some years ago when she decided that she would not shoot any intruder who came into her home.

Certainly the sheriff will protect her 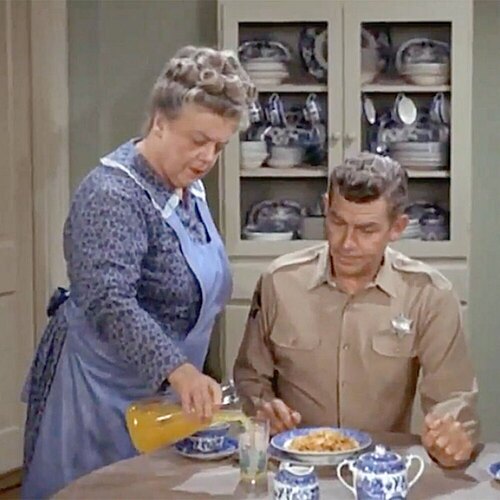 That picture is not far off from what my aunt would actually be doing for the intruder, not the sheriff. She’s alone, keeps her doors unlocked, windows open at all times, she hires anyone she meets to come do odd jobs at her place, then she overpays them for doing a terrible job on her house. She takes in stray people to come live with her because she falls for thier sob stories. Her church family comes before her real family, and she won’t go to Heaven if she takes a life. And she’s so far away from civilization that the Sheriff would most definitely not get there on time to help with anything, oh, and she doesn’t have a phone except a cell phone that gets absolutely NO signal at her house. She has to wait to go into town to make a call.

Not sure if this will work Rear Sights But take a look at this.

Another option may be to go to Walmart and pick up a red dot, it’s a .22lr so those sights should hold up fine.

Use it as a paper weight? Part it out. Someone probably has one that isnt running.

If it were mine, first thing clean and inspect barrel for pitting, maybe let a 'smith go over it. If it looks good, put some sights on it and shoot it. That’s a target rifle and a good one. Could be very accurate with the right ammo

List it on Gunbroker and explain it just as you did, someone will buy it, looks like they hold their own well enough

Thank you all. Does a gunsmith charge a lot to look down the bore? I just don’t know if I want to keep a single shot .22 that is this heavy. I love my little Nylon 66. I wish i could find another one, I would surely make the trade.

Wow! @Robert $750 starting bid?? mine doesn’t have the rear sight and not sure what the inside looks like, but mine looks much nicer on the outside. My cousin does take care of his weapons. I need to look into this. I was sitting here thinking I have some ugly junk rifle. Dang, I’ll have to post the other one and maybe it will be more than what I thought, but I doubt it. Looks all beat up like my aunt let her dog use it as a chew toy.

Some of those have been repriced several times and the highest bid on one is 449. I would go 350 and see if it will sell personally.

here’s some info on it

also found this site that sales a lot of parts. 4 pages it looks like.
https://www.gunpartscorp.com/gun-manufacturer/marlinglenfield/rifles-marlin/2000?page=2

wish I had extra cash around I would love to buy this. I like the odd ball stuff and that thing is cool

Does a gunsmith charge a lot to look down the bore? I just don’t know if I want to keep a single shot .22 that is this heavy.

If you do the cleaning yourself, an inspection fee probably wouldn’t be much. Of course you could call ahead and find out for sure.
The extra weight helps with accuracy. It’s made for the range, not the field. If you want to become a good shot, you’ll need to practice alot and a heavy 22 is a good choice. My 2 cents.

That makes sense. Thank you