What the Hell is going on?

I check Full30 every day. But, I haven’t started a topic in a while. Been busy gearing up for a gun show and catching up on some work in the shop. Trust me, for those of you who don’t already do it, running a gun business is way more work than we probably really want to admit. So, my topic generating took a sabbatical for a week or so. But, I’m BACK. So, let’s get this ship out to sea…

This ten days or so has been a circus. The State of the Union, post-birth abortions, ANTIFA. I hop on the ole interwebs and expect a clown with floppy shoes and a red nose to give me the rundown on the latest news. Because that’s the kind of

Okay, there’s a lot to unpack here for a story I don’t even really understand. Let’s start with this: Back in my day, (a few months ago) ANTIFA wanted gun control. Now, they’re getting “firearms instruction” from a kid who looks like the last thing he himself was instructed in is at what point in the conversation to ask, “Would you like fries with that?”
But, here’s the gloss over. This cat walked into a school and, for some reason (the body cam footage doesn’t show), law enforcement was called. While attempting to arrest this, presumably, “highly trained firearms instructor,” he begins to resist and produces some sort of larger automatic pistol from his…pants pocket. And he gets himself perished. Now, maybe I’m crazy, but if I were the journalist covering this, the headline of this 60 second blurb story should read, “Play stupid games, Win stupid prizes.”
BUT WAIT, THERE’S MORE. In an attempt to vindicate the perceived execution of their (Seriously, it leaves a bad taste in my mouth every time I say it) “firearms instructor,” the Oregon ANTIFA chapter (Is “chapter” the right word? I mean, do this little

's think they’re the Hell’s Angels?) responded by PLACING INCENDIARY DEVICES IN THE POLICE STATION. Call me crazy, but we used to have words to describe these kinds of actions. Namely, “war” and “terrorism.” But, the media won’t talk about it and Oregon police seem to be okay with attempted mass murder on a large scale when it’s fanatical leftists trying to kill them. If you’re waiting for some sort of poignant and philosophical wrap up to this, you’re gonna be here a while. This is insanity.

Allow me to highlight my stance and, before you lose your mind on me, hear me out. On paper, I’m pro-choice. Not that I don’t think abortion is morally repugnant (because I do). But, I will never support legislation (one way or the other) regarding abortion. It is neither my nor the government’s place to tell anyone what they can or can not do with their body. And I’m not the one who has to sleep at night knowing I killed an unborn baby. So, by that standard, the definition of “life” is up to the mother and the doctor performing the procedure. And, if they can live with it, okay. Sad, but its not my conscience and not me that may or may not have to answer for it in the here-after (Let the hateful messages begin. But it’s not a political matter. It’s an ethical and a spiritual one. And, as such, should not be up for discussion on the floor of Congress, along with a litany of other topics I believe are a waste of tax money).
What I can say is, no matter what your stance on the subject is, life has certainly began at the point a child exits the womb. At that point, that child is a United States citizen and protected by and afforded all the rights secured to it by the United States Constitution…at least, that’s what I thought. Apparently, Virginia and New York think that, even though the child is self sustaining, (breathing, eating, heartbeat, the whole nine yards, all by it’s little lonesome, completely detached from the body of it’s mother) it is still subject to abortion… by severing it’s spinal cord and being tossed in a bowl to die. Ummm…what? We aren’t talking about abortion, anymore. That’s infanticide. It’s murder. There’s no gray area, here. Killing a 5 minute old child is exactly zero different than my mother deciding she wants a late-term, 406 month abortion. And, I’m not okay with that. And not just because she might want one. This isn’t some made up, exaggerated thing. It’s now legal, in 1/25th of the United States to, basically, behead your living, breathing child. And, we’re all just fine with this? Add to it the fact that the same people saying this is acceptable behavior in an industrialized and polite society are the same people wanting to come take my rights away because it might “save one child.” Tell you what, Pol Pot, you can bring up taking my guns when you stop chopping off the heads of kids.

A bunch of Democrat women went to the State of the Union address wearing white pant suits and emphatically refused to show support for anything at all (veterans, border security, children, economy, unemployment, winning WWII) because, “F*ck Trump.”

That’s it, folks. That’s the past week in a nutshell. That’s the world we’re living in, today. If you’ll excuse me, I’m gonna go light my face on fire and put it out using interstate traffic. Because it will be less painful and more enlightening than watching the news.

Let the purge begin…seriously time to hit reset and flush this shite down the drain and out of the U.S.
Tolerance be damned.

ANTIFA also showed up at Stone Mountain, GA, to “counter-protest” a KKK/Nazi/White supremacist group that was a ‘no show’. Not wanting to let the opportunity go to waste, they burned an effigy of the KKK, chanted, and marched through the town.

While doing all this, many of them had their faces masked, in violation of a state law against being masked in public (which was passed to prevent KKK from marching in public with their faces hidden). They also had openly armed members spaced around the perimeter of their group, acting as security, with at least one of them holding a shotgun at low ready, scanning the area as if he was expecting an armed attack at any minute. Seems there is also a state law against armed marches.

Let the purge begin…seriously time to hit reset and flush this shite down the drain and out of the U.S.
Tolerance be damned.

You’re not expecting any arguments are you?

I guess we have to wait until enough like-minded individuals get onboard…hopefully that comes sooner rather than too late.

Have to agree with you on your stance of the matter. To me at least, the world has gone nuts. I just wish it would tip all the way. Like RESET BUTTON pushed a few times.
That way, as my sons and daughter grow old, they can rest assured that dad did what it takes to secure freedom in their country.
On instagram I just posted a report from Hawaii that 75% (or something like that) of the comments about a law being signed into effect were ignored and added on after the vote had taken place to make it look like the comments mattered. Big scam…
No matter where you go now, people in “power” are doing as they please with zero accountability. To me this is nuts!
I personally know people who will hear some snipent of information and take it as God’s word! Doesn’t matter that the information is wrong or just plain batshit crazy. They believe it.
For example, inside industry leaders are all chatting about what’s going on in the ATF IE processing the Form 1, 3, and 4 in any timely manner.
There is the understanding that because of the government shutdown, all the contractors who were doing the forms have quite. This means a possible 18 MONTH delay in getting tax stamps.

In Australia, when the government shut down in the 1970s… they fired ALL of them and started over. They have not had a shutdown since. Ok, they pass batshit crazy laws now… but they do not shut down the government!
Our all powerful government runs around like a teenage hooker on crack and no one blinks an eye.
Absolutely LOVE my country. I have traveled around a bit and boy oh boy… this is my home!
But the sycophants running it need to have a wakeup call in a hurry before it all just crumbles.
There you go… my rant

In Australia, when the government shut down in the 1970s… they fired ALL of them and started over.

makes sense firing the president and all senators/congressman - but if using down under as an example, it was the Crown (governor general) who dismissed the Prime minister. It would be akin to Trump being impeached by the people and installing H.Clinton as president. Be careful of what you wish for.

NOTHING will happen unless you make it happen. It will continue down its current path to socialism just like EVERY other profitable nation has ever unless YOU do something TODAY.
Success as a nation ALWAYS ends in socialism/Communism and doom or plutocracy.
England - Plutocracy
Russia - Socialism/Communism
France - Plutocracy
China - Communism
India - Plutocracy
on and on and on…
The ONLY time in history a nation has been the exception to this rule for any extended period of time is the United states of America (and maybe the Mongols because they are the exception to every rule)
And the last time we made ourselves the exception we stopped fucking around and started shooting the plutocrats.
But, no one wants to be free anymore.
So enjoy your slavery, your starvation, enjoy being rounded up and placed in camps, enjoy the police going door to door and disarming or shooting you.
You will be labeled a domestic terrorist, a crazy old veteran, a criminal. No one will mourn you and eventually your family will be convinced that you where wrong for having existed.
ALL of these things are the beginning.
All of these things are happening now.
How long will you wait?
Organize anti socialist marches, organize effective militias, organize like minded people march to your politicians homes in protest. Because the socialists are doing that RIGHT now. And they are WINNING because of it.

Yeah the good ol’ days. When we shot commies… and locked up criminals. 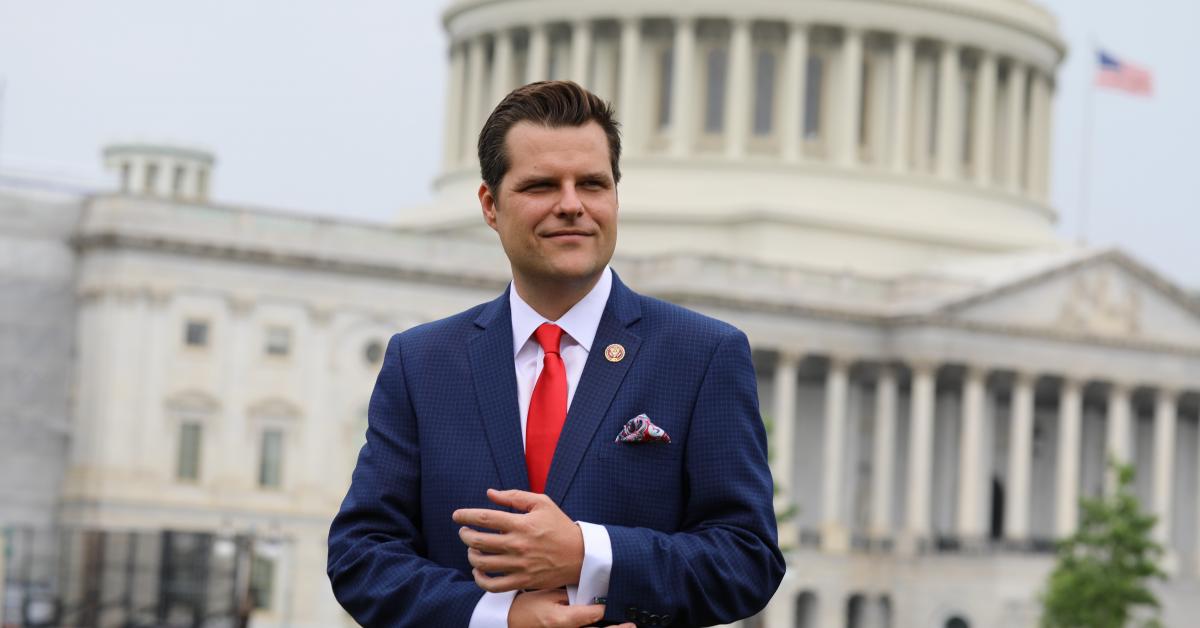