What was the craziest thing a Drill SGT/Instructor ever said to you?

Mine was: I bet if that was a cock flavored sandwich you could eat it faster. Imagine its cock private you need to get and get out.

I had one drill SGT that I swear got his act from the movie Major Payne. Turd Patoon

Had one DI in AIT that came up with all sorts of strange things. One that I remember was “Your father was a lightbulb and your mother the socket.” Other than the obvious, I still don’t know what he meant by it, but we had to listen to his pearls of wisdom.

The dumbest thing he ever said was “You’re the new RPOC”.

I had a female TI (from another flight) bust my ass for not calling her “Sir”. I kept saying “Ma’am” just like my momma taught me to address a lady. But, nay nay… this was no lady and I eventually came around. Twas no test and she was serious.

Ugh, as the title states… “So confused” 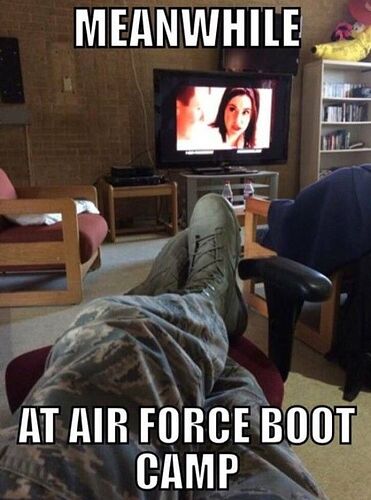 Yes as a matter of fact. I grew up an Air Force brat and joined the Army. Man was that a mistake. 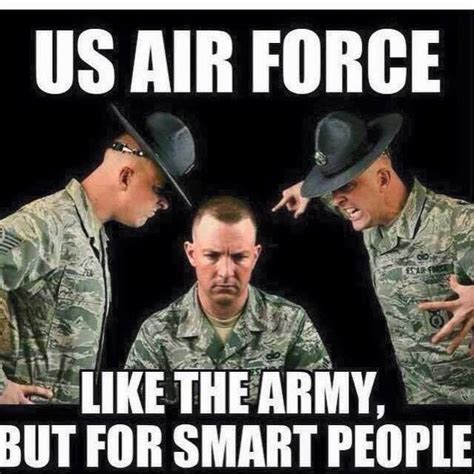 I have a funny thing that happened…me and a buddy joined together and when doing our bivouac we were teamed together in same pup tent, Ft. Leonard Wood in early October and it was cold, we had no cold weather gear, not even a bare field jacket, DI came by about Odark30 and said, get the fuck up you got 15 minutes, I got right up and got dressed and started getting ready, told my buddy who did not want to leave that sleeping bag to get up or WE would get in trouble…about that time here came another DI, big muscled up black guy, he looked at me and asked where my tent mate was, I just kinda nodded towards tent and he got a big grin on his face, he went to the tent, reached in and got ahold of my buddy’s sleeping bag with him in it and took off down through the woods dragging him and bouncing him off a couple trees, after about 30 yards he stopped and looked back at me with a big chit eating grin and took off towards the next tent, my buddy was all tangled up and wondering what the F happened, I said I told you to get up…the DI later just looked at us and grinned and never punished either one of us, never forget that, looking back it one of the funniest things that ever happened…

Good old Ft Leonard Wood. We were in our little shelter halves the day before Thanksgiving and woke up to 10" of snow. Tent mate left his boots and a few other things outside the tent when we went to bed.

Grew up about 35 miles from fort wood . My family owned the land where the hq is and some are still buryed there .

I got right up and got dressed and started getting ready, told my buddy who did not want to leave that sleeping bag to get up or WE would get in trouble…

Tent mate left his boots and a few other things outside the tent when we went to bed.

Has the Army always been a two guys in one tent with one sleeping bag kind of organization? Me thinks so. Gives new meaning to the term ground pounders.

Not all branches can afford a 5th wheel camper to take their men camping, of coarse we called it field problems.

I just saw this and it’s old but I will bring it back because it was pretty funny now that I look back on it. 2 or 3 days after I got to basic which was the end of June, I did something to piss off one of the Drill Sergeants and he said to me I’ll have you out in the company street in the front leaning rest position until the snow covers your asshole how would you like that trainee. Being the dumbass, I was I said I would not he asked me why not trainee my answer was “because that’s a long fucking time Drill Sargent” you could see his eyes bulge he was trying not to laugh at my dumb ass, all I got was a “get out of my sight” but you know that story made the rounds with his buddies. Man was I green He was a funny guy now that I look back on it but back then he was hell on 2 feet.