Which classic guns should be brought back into production?

I wish someone would revitalize WW1 & 2 Lee Enfield series production. I’d like to see them in various calibers and with modern metallurgy application so the barrels are extremely tough and capable of shooting steel cased 308 ammo. I’d love a No4 Mk1/Mk2 like that. I’d also love to see ditto high quality fit and finish Mosin Nagants in various calibers as well as the ones produced back than left alot to be desired quality-wise.

Since you mentioned hand guns as well, the Colt Navy 61 comes to mind. In common modern calibers that is.

Anything from Star. I’d love to buy a brand new Star BM and Super B. Most people collect Makarovs, me, I’d want to collect stuff from Star. Am I a glutton for punishment? Maybe.

I basically like all the best guns of both world wars and pre-world war 1 era. Technically, German guns such as the Mauser Kar98k, MG42 and FG-42/II Type G w/ Swallow mount and Hensoldt ZF4 scope (SMG makes FG42 replicas) are insanely good as well. It’s just that they have a bad taste to them if you get my drift… They armed the bad guys and as an Allied kind of guy I happen to deeply F’n hate the Krauts and the Japs.

I didn’t. It’s just that it wasn’t a really good gun quality-wise and certainly not on par with the SMLE, Kar98k or Springfield.

No problem. Make no mistake though: I highly love, appreciate and respect the Mosin Nagant for its historic significance. More so than the Kar98k, which technically is a good gun but I don’t particularly care for it either way.

Wow!!! What a good question.

I second the FNC and original Galil. The latter can be had by the way.

I’d go for the following build:

@Chuparosa
If you are a gluten for punishment than so am I. I have a star modelo super from 1973 and boy is she sweet!

@Minuteman
Thank you for the info. I don’t know if I will build one. I have a conflict ( which one I like more) between the galil and the m76 made by valmet.

The history by itself is almost worthy of it making a comeback.

You’re welcome. You do realize the Valmet is unobtainium?

@Chuparosa
Sorry James. I was putting the kid to bed. Here is the super and some of his friends! 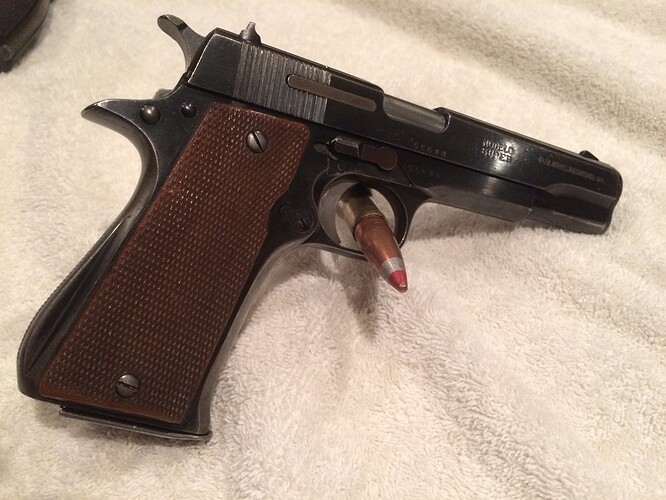 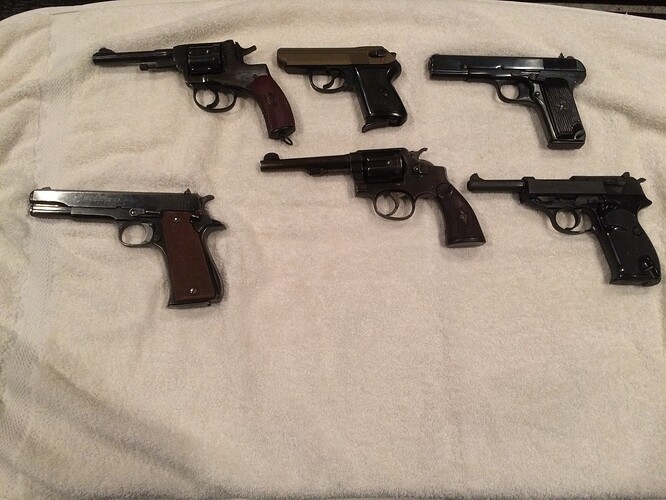 Absolutely agreed!!! Hence my mentioning in the OP.

I’m jealous. A Nagant revolver and a Tokarev! Do want.

So that’s a Star Super A?