Which current gen video game console do you like the most?

What were the pros and cons of each system for you?

I preferred PS4 myself. The Naughty Dog exclusives and the controller layout did it for me. XBOX started out this generation horrible but has more than made up for it , ‘Left for Dead’ and ‘Gears of War’ are both awesome xbox exclusives but I dont even know if they still make them. Also , ive never really cared for the Xbox controller. The Nintendo switch is geared towards family gaming so I cant really compare it.
Out of all three systems none of the technical features really mattered to me although last gen XBOX 360 had far better internet play due to the lag on alot of Sonys servers.

XBOX One for me. By a landslide. But the great thing is I own a PS4 Pro and all three XBOX One system types (original, S and X) so I can enjoy both platforms. And I do. My main problem is Sony is way more anti-consumer than MS and I hate the PS4 controller. Prefer the XBOX layout.

The anti consumer thing is definitely true, XBOX learned that lesson the hard way the beginning of this gen and Sony is going to learn it next gen.

Kind of a limited choice to vote on.
What about some love for… 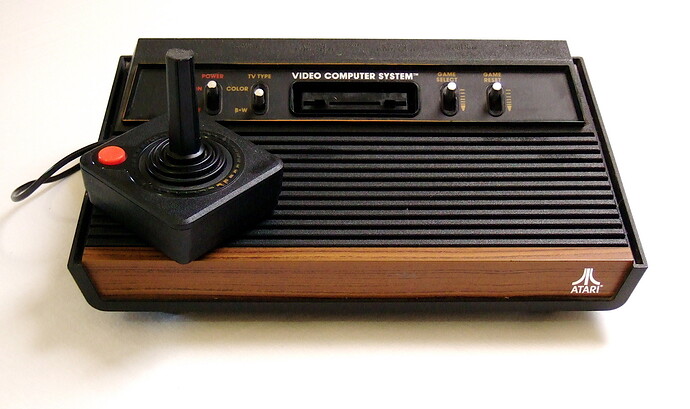 Well I guess I’m not currently gen either.

Just become a hipster, youre never too old to be hip. Just look at all the rockers from the 70s.

The Switch was a close second.

It’ll probably become my favorite as their game roster grows.

I think there should be a 4th option: PC.

Oh you’re one of those PC master race people.

Thats why I specified ‘console’, I dont put PCs in with consoles, its a different ball game all together. I prefer consoles though.

I like all of it. Though my preference is still anything I can use a controller for. Which is why I use my XBOX One controller on my PC.

I prefer Sony because of Naughty Dog and the controllers.

Sony just caved and is going to start cross platforming. Fortnite is going to be their guinea pig. Sounds like the CEO is still being a dick about modding capabilities though, hopefully that changes.

Let’s hope that also bleeds over to No Man’s Sky since it was just released on the XBOX One. I have the PS4 version but would like to play with XBOX One people and vise versa. Even better I’d love cross save too so I could get it on XBOX One too and keep my progress.

Sounds like investors raised concerns over it. To bad they dont release more info. Hopefully Sony shit cans the guy preventing Sony from keeping up. Modding is going to be a big thing next gen , hopefully this will happen with that too.

I agree completely with all of that.

XBox One is the only platform where I can find the Master Cheif.
Must save humanity from the Covenant hordes and from the existential threat of the Halo Rings.