why I am leery of appendix carry

I am sure there is way more to the story

A Jacksonville man accidentally shot himself in the penis Friday afternoon when he sat on a gun in the driver's seat of his car, police said. 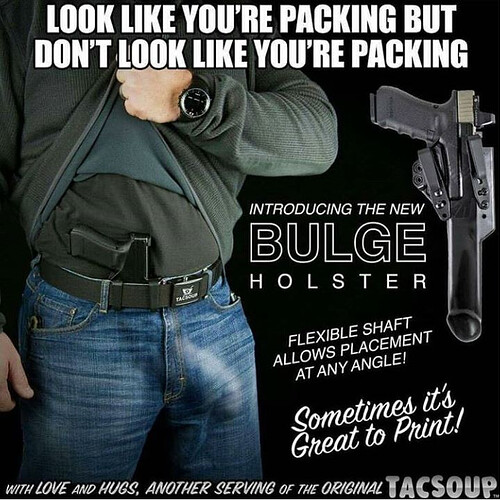 This wariness of the appendix carry started a number of years ago with wife named Bobbit who got real mad at husband and cut off his manly parts, hence the verb form “bobbitize”. the point of this is she threw it out the window of her car on the freeway. Point made. Pistols can do the same thing, without anyone to blame

Yeah, absolutely no appendix carry for me! God put my junk where he put it for a reason, I don’t want to have to go looking for it somewhere… Sure if you’re careful, sure it’ll be fine blah blah blah. Shit happens!, don’t help things along.

Appendix carry doesn’t scare me. Its my belly that stops me from carrying that way.

The belly is the first level of retention!

The belly is the first level of retention

That’s easy for you to say, you’re RoboCop! If you have a mishaps, you can just bolt another one on!

Well ,the other day I bought a holster called the “Dick Blaster 5000”. That is where I stand on the issue.

Yeah, absolutely no appendix carry for me!

Keep your dick off the bang switch unless you want to feel the pain.
All joking aside. This guy didn’t have his trigger protected. There is a LOT more to this story.
The only time guns go bang (unless they are SIGS) is when the trigger is pulled.
Every time I treated a self inflicted GSW the story always starts with someone pulling the trigger or using an exterior force to pull the trigger.
Be smart cover your trigger.

so what you are trying to say is
keep your gun in a holster?

A PSA brought to you by Full30

Not quite sure how he claims this happened. For one, he claims he sat on the gun that was on the driver seat. If true, then he wouldn’t have been appendix carrying. For another, the pistol would have had to have been in a weird position to shoot his penis when sitting on it, unless he has (or I guess in this case had) a super long penis that wrapped down underneath. My guess is he was playing with it (the gun), and it went off and hit him, but he’s too embarrassed to admit that and blames the incident on a freak occurrence of happenstance by merely sitting on it. 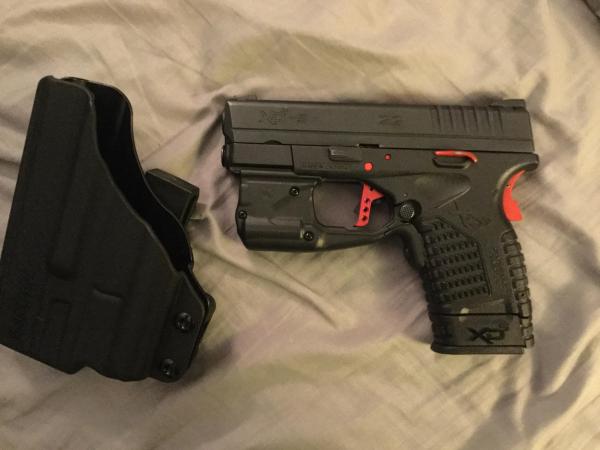 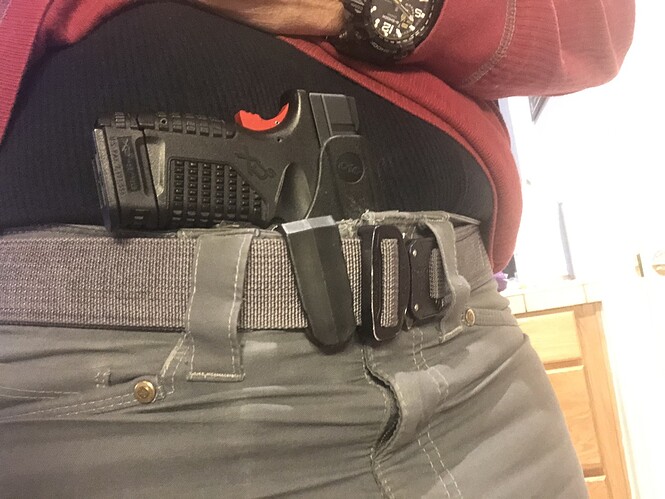 You should always use a holster in this method, and it works best if you take the holster off when you have to re-holster the pistol.

It is 1000X safer to tuck a holstered pistol in your belt, than it is to try and re-holster your pistol back into an already concealed holster.

Pretty much what I was thinking. I’d like to know what gun it was. I’ve dropped and banged around all sorts of guns with no accidental discharge. Maybe he was afraid of criminal charges for pulling it on someone that never reported the incident, then “BANG, oh shit, I shot myself!”

The fact is, there is no faster, or more concealable way to carry.

You should always use a holster in this method, and it works best if you take the holster off when you have to re-holster the pistol.

It is 1000X safer to tuck a holstered pistol in your belt, than it is to try and re-holster your pistol back into an already concealed holster.

This^^^ totally agree. I’ve appendix carried for years because of the speed and control you have over your pistol. Get a good holster, and holster your pistol off-body and then put your gun and holster into concealment.

holy shit! That was a kydex holster! I wonder how that happened?