The new paradigm shifting round meets or exceeds all requirements of the NGSW program. It has demonstrated that it provides increased muzzle velocity and effective range, 50% more than 7.62x51mm. It also weighs 30-percent lighter.

Unlike others that avail themselves of higher DOD anticipated chamber pressure to achieve DOD’s required levels of performance, the revolutionary round maintains normal chambers’ pressures at safe operating levels of tested existing weapon systems.

This video shows 6.8 TVCM ammo running in some currently fielded weapons. The footage shows the M240B belt-fed machine gun, M110 SA sniper rifle, and the M134 rotary “minigun”. Current ‘in service barrels’ are switched with 6.8 barrels during the demo proving that using their ammo in barrels chambered for it, is just a simple barrel swap for these systems. Impressive, No? 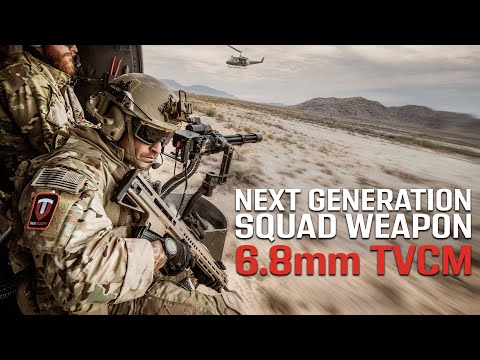 The NGSW contract has down selected three companies. Here’s a competitor’s take…

Textron’s submission for the NGSW contract; includes both the battle rifle & squad automatic rifle. Here is a look at their submissons being tested by Tactical Rifleman Instructors. 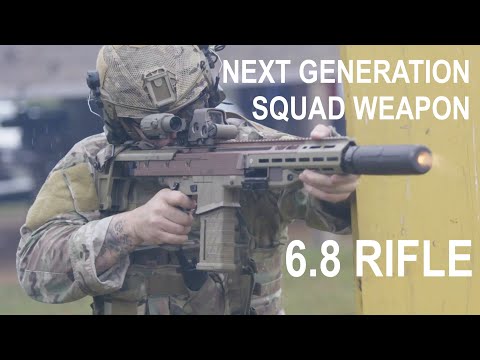 What do you think?

I don’t like that only government people get to play with these. I hope homebuilders and reloaders can make their own versions soon!

Yep, I totally agree. They will be selling to the general public soon, but if we can’ t make it I am not okay with a sole source that the government can shut off when ever they want.

I would like to get some of their 308 when they start selling them to try against the best hand rolled. I definately see that the enemies of liberty have a plan, and supply chain control is clearly part of it. In fact at this point we need to learn how to make our own powder and primers.