Applies to other cartridges as well…

Winchester first offered this new loading in 1895. This new offering was packed in the same ammo boxes but was capped off with a RED label. On this label, same design as the black powder label, specifically called out the Winchester Model of 1873’, busting the myth that the early black powder loads were only for the Model 92’. The Model 92’ was only noted on the side of the box in small print. However, within a year, it was also noted on the box that they should NOT be used in PISTOLS. Winchester did not want to be responsible for their new loads being used in a handgun of which they did not manufacture. Meanwhile, Colt did not recommend smokeless powders to be used in their revolvers until 1909, six years after Winchester introduced the 44-40 High Velocity loads in 1903. 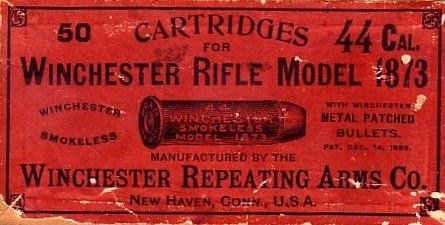 I was able to acquire two boxes of the new powder offering using lead bullets dated 1914.
Below is what I documented. 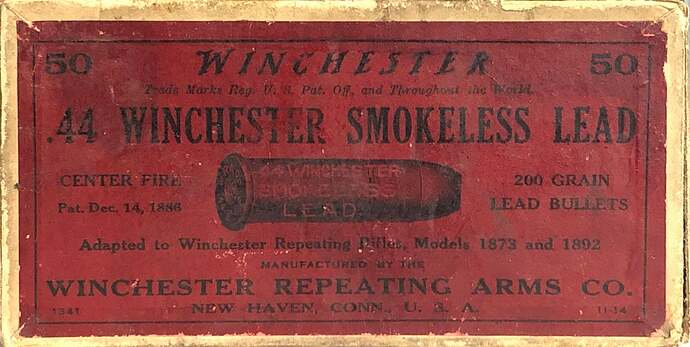 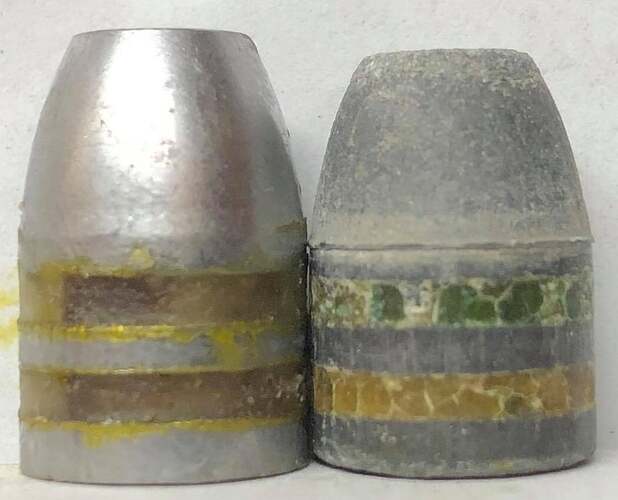 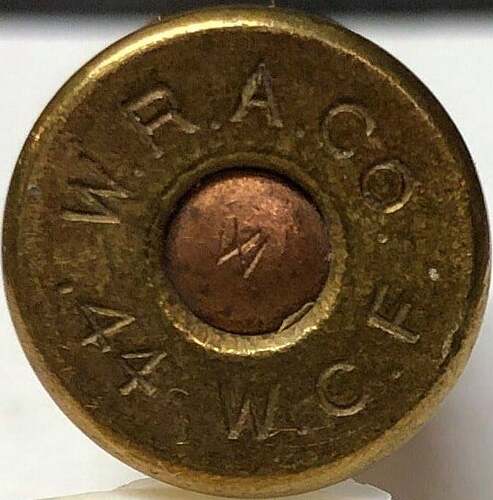 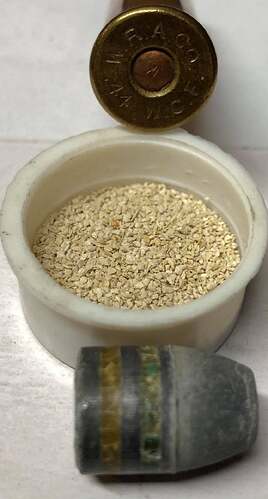 Cover PLEASE NOTE this is still not finished. The major format is complete. I am getting closer but I still need to do much editing (adding, shifting, replacing, etc) to make it better and to update data. Photo credits and other credits have been...

Although Dupont No.2 was used by Winchester well into the early 1920’s, an acquired Dupont No.1 load data “wrapper”, shows information about Dupont No.2 loads…and addresses the 44 cartridge as a “44-40-200”. The form date is 1899, but may have never been updated through its years of use.