WTF moment when I was filming today

So this is the second time I had a WTF moment with CCI Primers while filming my latest video.

Opened up a pack of primers and this is what I found! My reaction may have been caught on camera. I will know better when I edit the footage. 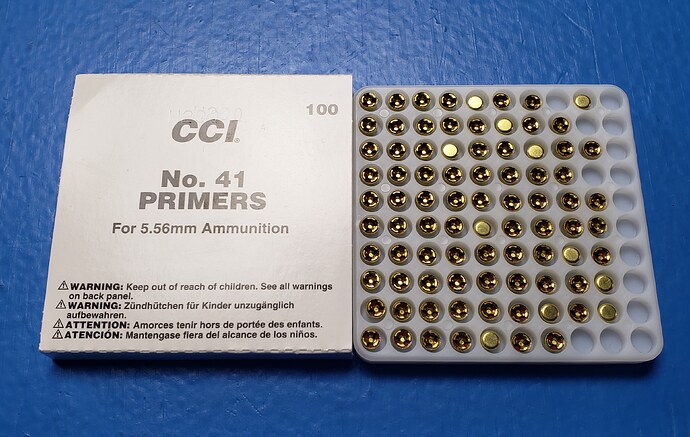 Yep, someone done robbed your gold

I would say that is a major WTF

yea they did Second time too

Wow that sucks i hate thieves! I’ve had that happen before with ammunition, opened the box and several rounds were missing.The store were i purchase them blamed it on other customers, they said it happens regularly and gave me a refund.

I honestly thought it was a machinery failure before thinking people did it, that blows me away

I have never opened a new sleeve of primers and had them turned different directions. So they may have been dropped and carelessly put back with no regard for the count in the package?

Thats a possibility. It is not normal to see some flipped in a new sleeve. But I typically have a couple here and there in every box of 1000.

I have seen that at Academy before. One of my employees used to work the gun section at Academy and said many times customers would go in and steal some out of the packs. When they would open a carton they would tape the individual boxes to make sure it didn’t happen as easily and they tried to watch the shelves pretty closely.